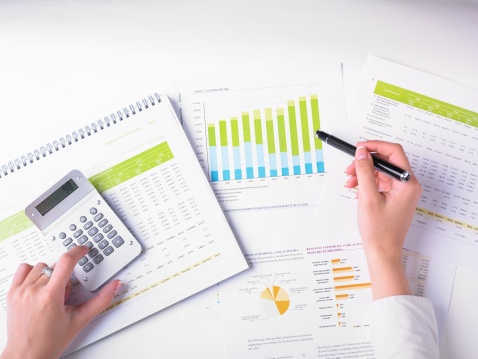 Every eight to 10 years, inflation cuts the wealth you have in cash by half.

The Bureau of Labor Statistics says the inflation rate has averaged 2.6% since 1990. In fact, it’s at least twice that much. And it could be four times that much…

You see, in 1990, the government changed the way it calculates inflation. It conveniently removed certain costs from the Consumer Price Index calculations. Those included the prices of fuel and other commodities.

If you use the older, more credible government calculation, inflation for the last 20 years would average 6.5% per year. And according to the American Institute for Economic Research, it is actually closer to 8%!

What can you do to protect yourself?

When most people think about arming themselves against inflation, they think in terms of investing: investing in hard assets and high-quality companies that can charge more for their products as their cost of goods increases with inflation.

They are great inflation hedges. But will this “Wall Street strategy” really help you?

Sure, but not nearly as much as Wall Street would have you think. That’s because they protect only a tiny part of your overall cash flow.

Let me ask you this: What percentage of your income do you save every month?

If you are like most U.S. citizens, you save a paltry 5.8% of your income. Put differently, Americans spend an astonishing 94.2% of their income.

When you are spending 90%-plus of your income every year, it is difficult to protect yourself against inflation. This is because investment hedges (such as the ones I described) benefit only the cash you put into them.

Let’s use some numbers as an example to make the point clearer.

And that’s if you save 20% of your income. Remember, the typical American only saves a little over 5%.

I hope you’re beginning to see how Wall Street’s laser focus on nothing but inflation-hedge investments is incomplete. It’s kind of like going to the emergency room for a broken leg, but the doctor insists everything will be OK if he just Band-Aids the scratch on your leg.

What’s the answer, then?

When subscribers join The Palm Beach Letter, I tell them something that – at least until I said it two years ago – I’d never heard anyone else in the investment world say:

“You cannot hope to get wealthy by investing alone.”

You need to base your foundation of true wealth building on

These same strategies are also the solution to beating inflation.

I have lots of ideas on how to spend less… You might see them in a future essay. But today, I’d like you to follow me for a moment as I use an analogy…

Imagine a water faucet pouring into a bucket. Your goal is to fill the bucket. But in the bottom of the bucket, there is a large hole that’s leaking water.

You probably know where I’m going with this. The faucet is your income – filling the bucket (your wallet) – and the hole in the bottom of the bucket is inflation – draining it.

Just spending less and saving more would be like trying to put Scotch tape over the hole in the bucket to stop the leaking. It will help, but you’re still going to lose a lot of water. You’re still losing to inflation. What now?

Then we turn to focusing on how much water is pouring out of the faucet.

For every drop of water leaking out of the hole, you need at least a drop – if not more – pouring in from the faucet.

There are two primary ways to do this.

One, you become so valuable at your current job that your bosses reward you with a higher salary.

I’ll give you a hint. Your job is to produce long-term profits. In other words, your job is to help your company make more money.

The secret to getting above-average raises each year is to accept that as your fundamental responsibility – and to transform the work you are doing now in such a way that it will produce those long-term profits.

To achieve this, do everything in your power to become the most valuable person in your company. Arrive early. Work hard and work smart. Volunteer for projects. Take initiative. Become the “go to” person for ideas and solutions. Become indispensable.

That way, your boss (or even your boss’ boss) will reward you with bigger raises and compensation (pay raises that are at least as much as the annual increase in inflation).

The better you can do it, the more money you will make. It’s as simple as that.

If increasing your salary from your primary job isn’t a possibility for whatever reason, you must focus on the second way of earning more income: finding or creating a new stream of income.

There are many ways to generate extra income. Working a second job. Freelancing… consulting… blogging… copywriting… the possibilities abound.

But the key is to begin looking right now. Start a Google search. Make a phone call to ask questions. Set up an informational interview to learn more about a possibility. The point is, take action.

As I have explained many times, “There is no faster or surer way to become wealthy than by creating extra income and allocating it toward one’s investments.”

Wall Street declares that you can beat inflation by simply investing in the right kind of assets. And yes, while that is important, that strategy alone will not beat inflation.

The best way to combat and beat inflation is to spend less and earn more.

I can promise you this: A month after you start implementing the strategies I showed you today, you will feel much better about the threat of inflation.

And as time passes, you will be able to sleep comfortably at night. You’ll know that you are immune to inflation’s malicious effects.

[Ed Note: Mark Morgan Ford was the creator of Early To Rise. In 2011, Mark retired from ETR and now writes the Palm Beach Letter. His advice, in our opinion, continues to get better and better with every essay, particularly in the controversial ones we have shared today. We encourage you to read everything you can that has been written by Mark.]
Posted in Investing, Personal Finance, Wealth
This error message is only visible to WordPress admins