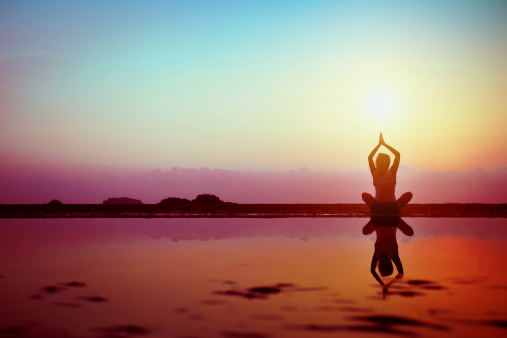 It’s the eve of a big launch.

Maybe a year went into this project. Maybe ten years. Your life savings or your entire reputation could be on the line.

Maybe you’re launching a book. Or a startup. Or a course. Or you work for a company that is rolling out a new product that they’ve put you in charge of.

Whatever it is, the reality is that you’re stressed, worried and overworked. And the closer you get to the launch, the harder it is to have any idea of how this whole thing is going to come off. Less than half of all Kickstarter projects are successful. 93% of companies accepted by Y Combinator fail. Most books sell less than 250 copies (to say nothing of getting any significant attention). It’s impossible to tell whether a launch will be a success or not. And even if everything goes exactly as you hope—the results could still be disappointing.

So no wonder it can feel like you’re going to crack up, fall apart and die.

Every person who’s ever been there before you has felt this way at some point.

I’ve done my share of launches—under my own name and for other people. Some have been very successful (millions of dollars in sales, bestseller status, mainstream press and media recognition). Others have been catastrophic failures.

Staying sane is hard, but not impossible. Here are some things to keep in mind as you approach a launch:

– You’re not going to die. Whatever happens, it’s almost certain that the result—good or bad—will not be a matter of life or death. So calm down.

– Friends will let you down. It’s what happens. They’ve promised to help and they won’t. Others will decide this is the time to hem or haw, or nickel and dime you. Don’t take it personally. If it’s egregious, cut them out of your life. If it’s not, just forget it. They don’t know what they’re doing—they’ve never been where you are.

– Just don’t be that guy when it’s other people’s turn. “The best revenge is to not be like that.”

– Hire professionals and support—whatever you can afford and then spend a little more. You will regret cheaping out at this moment in time. You will not regret investing in your project.

– Don’t wait until the last minute. If you did, I have no sympathy for you. You just set yourself up to fail. That was dumb.

– Do your research. Figure out what has worked for other products in your space. For everything people try during a launch, the 80/20 principle still applies: most things don’t move the needle much. Use that knowledge to find leverage for your own launch to create big results. You aren’t reinventing the wheel here, doing your homework will save you time and stress. It will prevent fruitless chasing of vanity metrics.

– Have you run a premortem? In a premortem you look to envision what could go wrong in advance, before your launch. Today everyone from startups to Fortune 500 companies and the Harvard Business Review are using it to find big mistakes (and to prepare for unpleasant surprises) before they launch a product. The premortem goes back to the ancient Stoics, who had an even better name for it: premeditatio malorum (premeditation of evils). We can do the same for our launches, not only to find mistakes before they happen, but prepare ourselves mentally to expect the unexpected.

– You don’t control the results, only the effort.

– You don’t control the results, only the effort you put in. I’m saying that twice. I would actually say it more times if I had the space. Repeat it to yourself over and over again. Intention and effort are what matters. A million variables outside your control rest between you and a successful launch.

– But speaking of results, limit your real time accounting as much as possible. I’ve probably refreshed the Amazon rank for the book I am launching this month 250 times. That’s about 10% as much as I would have if I wasn’t restraining myself. Don’t waste time checking how far you’ve come or how far you need to go. Stay in the moment and work.

– Despite the narrative in your head, you’re not releasing a blockbuster movie. I repeat, this is not a Hollywood launch. For some reason we all fall into this temptation and it clouds our priorities and prevents success. You don’t need to get all your customers packed into a single week — no newspaper is going to be printing the scores the following Monday. Instead, focus on what matters: attracting the right people early and satisfying them. More will come if you do this right. Think soft opening, not grand opening.

– Make sure you have something else that you can channel your anger, anxiety, and excess energy into like exercise. This way it doesn’t matter how the launch is going, you know you had a good day at the gym, or in the pool or on your bike. Extra benefit: good ideas will come to you here.

– Having a dog or an animal or something totally carefree that you can focus on is nice too. I am going to go water my lawn in a few minutes. It will help.

– Ask questions from the best people in business. Short questions — mostly about what was most effective and least effective. Don’t ask them to do your job. Just help prevent you from messing up.

– Know that your life will be a mess. Now is not the time to move, to start a new relationship, to finally address some problem you’ve been putting off. Life goes on hold.

– Hey guess what, launching/promotion/marketing isn’t someone else’s job. It’s your job. Even if you hired other people to help, it’s still on you. No one cares about this project more than you. No one is a better spokesperson for it than you. If you think you can hand all this off to someone and still get amazing results, you’re wrong.

– Do crazy things. I’ve vandalized my own billboards. I’ve had clients give away enormous chunks of their own product. I lied to the New York Times, ABC News and the Today Show. Launches are nuts. The ends—almost any ends—justify the means.

– No one else understands what you’re going through. Launches are unique, even people that have been through them have trouble remembering just how crazy they make you feel. Accept it and power through.

– Knock as much easy stuff as you can early. Have interviews? Pre-record them. Articles you’re writing? Do them in months in advance. Have travel? Book it. The fewer decisions you have to do while you’re in the trenches, the better. Don’t sit around now when you have free time and then complain to everyone else when you’re overwhelmed later. Take advantage of the downtime.

– If you need a favor, ask. Ask people how they can help you. You’d be surprised how much good stuff comes from this.

– Relax man. If it fails, you’ll survive. If it succeeds, you’ll be happy — but don’t let that go to your head either. Because you should remember how easily it could have gone the other way.

Here are some resources on having a killer launch. Read them:

The Right (and Wrong) Way to Market A Book – Ryan Holiday

How To Self-Publish A Best-Seller: Publishing 3.0 – James Altucher

Look, if you’re about to ship a product or launch a new company, open a restaurant, or make your debut on stage, you’re already ahead of 99% of the population. People would kill to be where you are.

So there’s no reason to add unnecessary stress or be so hard on yourself. If you approach a launch from the right perspective, you will better be able to remain calm and be successful. You won’t be able to control the obstacles that come your way during a launch, but how you approach and view them will determine how hard they’ll be for you to overcome. The important thing is to learn to be comfortable with the inevitable uncertainty and focus on the present. If you keep your head down and only focus on what you can control (your effort) you’ll be able to deal with the results, good or bad.

[Ed Note: Ryan Holiday is a media strategist and prominent writer on strategy and business. After dropping out of college at nineteen to apprentice under Robert Greene, author of The 48 Laws of Power, he went on to advise many bestselling authors and multi-platinum musicians. He is the director of marketing at American Apparel, where his campaigns have been used as case studies by Twitter, YouTube, and Google and written about in AdAge, the New York Times, and Fast Company.]