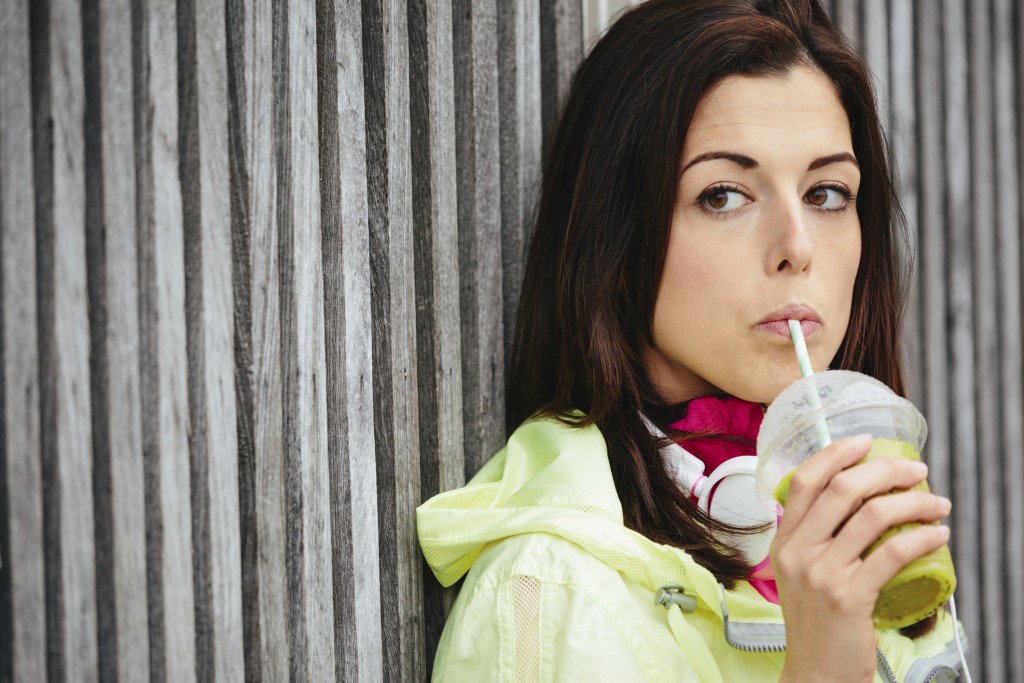 The girl at the smoothie stand was expecting my order.

Instead, I walked up to her and asked, “Do you like animals?”

“Oh. Actually, I have a boyfriend.”

She was really cute.

So I wasn’t at all surprised that she had a boyfriend. In fact, I expected it. But… she said no. It was rejection.

It’s even possible that she didn’t have a boyfriend; some women will “protect” men with that line if they’re not interested. Because I know that, I have to wonder for eternity what type of rejection it was. Sigh.

Still, I felt good about the whole thing because I don’t often ask out strangers and I do have some fear of rejection. It was a victory in that sense, but there was obviously some disappointment there too, as I walked out of that place with a smoothie instead of a date. Oh well. The smoothie was tasty, and it turns out, I’m smarter than I first realized for getting it.

Risk and reward have a special relationship.

Risk and reward are inseparable.

The general relationship they have is, “what possible reward can I get for taking this size risk?” If the risk/reward ratio is favorable, then it’s a good idea to take the risk. Asking out a pretty girl has a high potential reward, while the risk of any meaningful harm is very low. She’d have to go on a tirade about how terrible I am that pinpointed my greatest weaknesses and crushed my self-esteem forever. Again, unlikely.

We make this risk/reward calculation every day:

On this basis, I’ve got an idea for a NEW risk/reward model, and I really think it can help us overcome many of these “petty” fears we struggle with.

What makes a risk a risk? Is it that something bad can happen? Sometimes, certainly. More often though, the real risk is a relatively harmless feeling of discomfort or rejection combined with the sting of NO REWARD.

The fear of not getting a payoff while being embarrassed keeps men single, prevents workers from getting raises, and generally keeps people in their safe, but boring and life-draining routines while they could be out living the Caribbean life (or, whatever might suit them better than their current life).

When you take a SMART risk (something with low real risk and high potential reward), give yourself a reward. Plan the whole thing out: If I ask a girl out, I get to buy a smoothie. If I email the president, I get to watch an episode of Seinfeld. If I dance in limelight at the wedding tonight and let loose, I will book a massage.

The reason I was smarter than I realized with the cute barista situation is because immediately after I was rejected, I rewarded myself with the smoothie. What if I got a smoothie every time I asked a girl out? I like smoothies. It really “sweetens” the deal, because now there is a built-in, guaranteed reward. Sure, the reward is completely artificially-placed, but your brain can’t tell the difference, and what’s there to complain about? You get a smoothie!

Here are the reasons to use this new risk/reward model…

It trains you correctly, neurologically.

We know from research on habits that the brain responds to rewards, and will favor the behaviors that precede rewards, given enough repetition. If you complete a behavior in a similar context enough times over a given period, and it is always followed by a reward (even if the reward is unrelated), the brain will begin to desire that behavior more. So if you really want to increase your tendency to take smart risks, this new method is a neurological way to do it.

It establishes the risk as permanently more favorable.

If every time I asked a girl out, I’d get 10,000 dollars, how many girls do you think I’d ask out in the next 5 minutes? As many as I could find within shouting distance. Isn’t it interesting how even a shy guy would completely shatter his shell of fear if the reward was big enough? Find the shiest guy in the world, and offer him a million dollars to talk to ten attractive girls. I bet you he’d find a way.

These are unrealistic rewards, of course, but it gets the point across that you can make a risk more attractive if you promise yourself a nice reward for it.

If you’re shy and love video games, promise yourself that you can buy a new game if you talk to ten strangers throughout your day. If you’re going to a big networking event and you’re nervous, promise yourself one guilt-free hour of television for every solid connection you make. The possibilities are only limited to your imagination. You know your fears and desires better than I do, so make your actions and “bribes” appealing to you.

It makes it more fun.

“Fun” is maybe the most underrated tool in personal development (behind mini habits, which can never be rated highly enough… says the biased author). Enjoyment (or not) of activities has been shown to have a big impact on willpower depletion, in fact, which is something I’m currently researching. If you can reframe a scary or intimidating activity into a fun one, everything will be better.

When I play basketball, I play my very best when I’m having fun, and my very worst when I’m nervous about my performance. This seems to be the case in much of life.

Attaching a reward to a scary, but worthwhile behavior makes the whole scenario seem more playful, because, well, it is more playful. This shift in mindset is surprisingly powerful in helping you rise above fear.

It gives you the opportunity to calculate the real risk.

Being a human is scary, ok? We’ve got all of these expectations, both self-imposed and from society. We’ve got insecurities. We’ve got fears. It’s my firm belief that the most successful people (in any way you define success) are those who manage to disregard much of these worrisome things and live life with “smart reckless abandon.” They take smart risks. They always try new things. They’re here to experience life’s finest offerings. They understand that asking a question and getting a “no” response is entirely acceptable and non-life-threatening.

But let’s not get caught up in comparisons either. It doesn’t matter if you’ve been scared all of your life, held back by others’ expectations for you or your own insecurities. Today is a real opportunity to take a step in a promising, bold new direction. And well, I’m suggesting that you bribe yourself to take that step. Combine this strategy with mini habits (i.e. taking really really small steps), and you may become a juggernaut.

[Ed Note: Stephen Guise is the author of the Amazon bestseller, Mini Habits—an effective strategy for adding healthy habits to your life. His writing can be found at his blog, Deep Existence. To receive exclusive life improvement tips from Stephen every Tuesday, sign up here.]