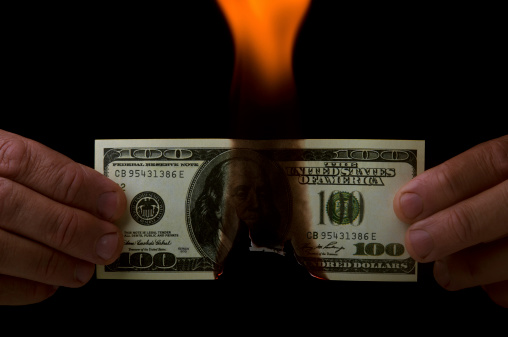 $70 million was a lot of money for me at the time. And I couldn’t sleep at night until I gave back every dollar to the people who gave it to me.

In every business I had ever started, even ones that had totally failed, I had kept good relations with the investors. Except for this one. Not a single relationship survived even though I had made money for everyone.

When you can’t figure out how you are making money. It’s time to change.

I pulled out all the money.

But I needed something to do or I would quickly go broke. I decided to do the only thing I knew how to do and the only thing that has ever made me money ever.

I took one thing I loved and married it to another thing I loved. I loved Internet businesses, having built and sold one. And I loved the financial business, despite the fact that it was almost all a scam.

Today I’ll share with you my steps to building a new business from scratch and then how I lost it all.

Each step that follows was critical to success. If I missed one of these steps I would’ve failed. Each step was a small step. If you focus on big steps, you’ll slip on the small steps.

Step 1.  I spec-ed out a website I wanted to make: a financial site that had no news on it but was focused on building community by exchanging ideas. I wanted to give people a way to make good decisions on their own.

Step 2. Once I had the spec, I went to a firm in India and asked them to design five pages of the website. Just the design. No code. This cost me $500.

Step 3. I showed a potential distribution partner (thestreet.com) those pages and worked out a deal where they would help me get traffic and they would place ads in exchange for 50% ownership.

Step 5. I got my friends to use the site. First I created over 700 fake users and manually entered in probably over 10,000 pieces of data onto the site just to make it useful right away. Don’t be afraid to do things manually to get things going on your site. Every successful business, even Google, Facebook, Twitter, started with a combination of manual improvements and friends of the founders using the site.

[I got my friends to write reviews of the site on their popular blogs. I wrote articles that would link back to the useful content on the site. I guest blogged on many different websites. This is how you get users back to your site.]

Everyone asks me, “how do I get users to my site”. The above is the answer. It’s the only answer.

Don’t forget: when you start a website, it’s not yet a trusted site. So you have to bring people from a trusted site to your site to build up the trust in your site.

This is true for any site: financial sites, bird-watching sites, weight loss sites, sports sites, whatever.

– I created three areas of community on the site: a way for people to message and have “friends”. A user-generated forum system, and a Q&A system. The Q&A system in particular generated 40% of the traffic the day after it launched.

– I had ads on every page at this point. A million users a month. And no employees. So we were profitable. We were making about $100,000 a month with zero employees in just four months. Being too afraid to build this into a big business, I sold the site almost instantly.

I could’ve used other examples I’ve advised and consulted with and invested in but the lessons are all the same.

Free content on the front page. I had so much free content available it obscured the design. Everyone cares too much about design. Value is 10x more important than design.

Outsource in incremental stages. First we designed pages, and then after we knew we were going to get big distribution, we made the rest of the site.

Diversify your distribution. Although there was one primary source of distribution (thestreet.com) where I was getting traffic from, I also worked out deals to get traffic from AOL. Yahoo, Forbes, Reuters, and basic advertising.

I didn’t know anyone. I cold-called Yahoo, AOL, and Forbes to get on their radar. In fact, I had a “negative network”. The first guy I called at Yahoo said he knew me. “Oh yeah?” I said because I had no idea who he was. He said, “yeah, I invested in your wireless Internet business and lost my investment.” You would think that would have hurt my chances. Yahoo became one of my biggest sources of distribution after that call. That guy became my biggest advocate within Yahoo.

The key is to anticipate what they might want, show them how it will cost them nothing but they will get huge benefit from it, and then just simply do it. Make it as easy as possible for the other side to say “yes” before you ask them.

Combine interests. I had been 20 years already in the technology business (since I was in college). And I had been in the financial industry for about seven years then. So I combined interests and made the best financial website.

Make the business you would use. I wanted a site with no news, but tons of interesting ideas, perspectives, ideas, and community. Investing based on news is the fastest way to poverty but it is very common in the hedge fund business for professional investors to call each other and exchange ideas. I made it very simple for everyone, and not just hedge fund managers, to do that online.

ABD: Always Be Dealmaking. Even though I had a 50% distribution partner right from the beginning I was constantly meeting with companies and people to see what extra deals I could make. I would come up with ideas about the value I could deliver them and then I would offer up that value.

Nothing is a straight line. There were constant cases where the code was bad on the site and the site would crash if it had too many users at the same time. Every other week I thought I was going to have a heart attack because the site kept crashing.

And some companies were very slow to do deals with me. Some companies outright rejected me. But you can’t be bitter or burn bridges. The key here is to always stay in touch and provide monthly updates showing how you are improving things. Always be willing to help people no matter what.

Build community by hand. I traveled around the country holding meetups with the most active users so I could see with my own eyes how the site was helping people. The people who showed up at those meetups became almost like ambassadors for the site. They were so active they used the site more than me. Nothing beats face to face meeting to build your ambassadors.

Why did I go myself to most of these meetups?

At the same time I had also started a dating site (or four) and none of them got traction even though the sites were beautiful. But no users equals no traction.

Ultimately, you create value for people and that’s how you build the love.

Business is just the delivery mechanism of that love.

I sold that business for $10 million and then two years later I was dead broke because once again I forgot all about love. I squandered the love. I forgot my small successes and made them into a big failure.

So I had to start from scratch again. Which I did.