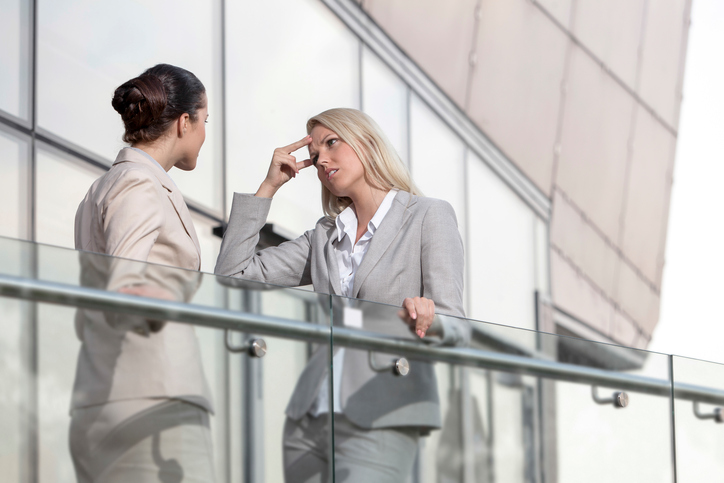 What do you do when you discover that an employee or colleague has been badmouthing you?

Several years ago (over the course of six months), I reduced Ellen’s responsibilities (and job title). Although she had many excellent qualities, she was someone who saw business as a struggle for personal power rather than a struggle toward a common goal – which is not the way a good leader should think. On top of that, we had different ideas about the way a major project should be handled.

But since Ellen was very strong in some ways (a hard worker, passionate, tough, and motivated), I didn’t want to fire her. Instead, I figured out a way to create an important job that she could excel at.

Although we never talked about it, I felt that she understood what I tried to do. That seemed like a reasonable expectation, since I had simplified her job, focused her attention on work she could do well, and maintained her income level even though her work load was considerably reduced. All subsequent communications from her were as positive as ever, so I decided that the transition had, indeed, gone well.

I was wrong. As it turned out, she didn’t like it at all. And she expressed her bad feelings in very strong terms in several memos sent to a few colleagues.

Those memos made their way back to me, and I was shocked to see how she felt.

My first reaction was, “After all the time and effort I spent trying to find a new job for her! I should have just fired her!”

SUGGESTED: How to Deal With Manipulative People

But I got over that and eventually came back to the idea that I always come to when I hear that someone’s been talking negatively about me behind my back:

You can’t pay attention to what people say about you when you are not present.

There are three reasons:

So don’t worry about what people say behind your back. It is mostly a reflection of how powerless they feel. Focus on doing what you think is best, and hope that your detractors will come around to seeing the wisdom of your ways.

If you want to succeed, you must learn to be a leader. Leadership implies change. Change involves fear and loss. When fear and loss are present, resentment is commonplace. Blame too.

SUGGESTED: An Introvert’s 9 Secrets to Leadership

So steel yourself against resentment, because it is the price you pay for making things better.

If you do get word that there are grumblings against you, pay them no mind. Don’t make the mistake of thinking it might be better to confront the offender. You’ll only make matters worse. Instead, continue focusing on your common business goal, as opposed to your relationship, and hope the emotional bruises heal.

If the grumbler’s productivity decreases measurably, you can probably conclude things will go from bad to worse. In such a situation, it’s advisable to dismiss him. But if you can get the relationship back on track, chances are it will be a good one.What is said about you behind your back usually means nothing, and it always says more about the speaker than it does about you.

What is said about you behind your back usually means nothing, and it always says more about the speaker than it does about you.

Pay attention to what people say to your face. Expect to be treated with respect – and demand it if it doesn’t come. Focus on the work and not the personal drama.

Posted in Articles, Lifestyle, Work and tagged bad mouthing at work, badmouthed at work, foul mouth in the workplace
This error message is only visible to WordPress admins