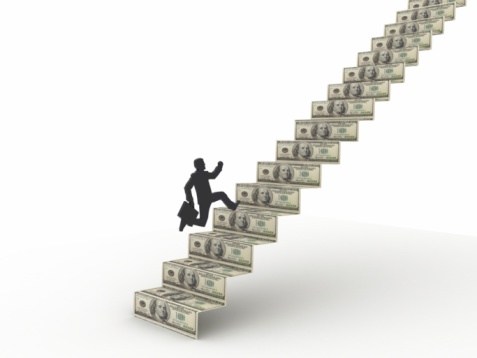 “Contrary to popular modern belief, it is still quite possible for the successful individual to make his million — and more.”

J. Paul Getty wrote these words in 1965 in his book How to Be Rich. I first read it more than 10 years ago and liked it very much. I read it again recently and was equally inspired. It’s a quick and easy read (it was written as a series of essays for Playboy magazine), but it’s loaded with practical advice for anyone who wants to build wealth: business owners, professionals — even superstar employees.

Getty was a very rich man. I’ve heard it said that in today’s dollars, his wealth was greater than Bill Gates’ and Warren Buffett’s combined.

Getty made his fortune by buying oil businesses at bargain prices just after the Great Depression. A small portion of the book is devoted to telling this story. The rest of it presents Getty’s thesis: that the best way to become rich is to own or work for a growing business and that business growth is dependent on following a dozen or so common-sense strategies.

“Although there are no sure-fire formulas for achieving success in business,” Getty says, “there are some fundamental rules to the game, which, if followed, tip the odds of success very much in the business man’s favor.”

Another chapter talks about real estate. Getty was a big believer in real estate as a secondary investment. He made millions that way. He also talks about investing in fine art. In the course of his business life, Getty acquired one of the greatest private collections of art in his time. He left much of that collection to various museums, including what became the Getty Museum in Malibu, California.

In discussing employee compensation, Getty’s ideas belied his reputation for being a penny pincher. He was a believer in paying his employees well — as well as or better than the competition. He also believed in treating his key employees as partners, by giving them incentive-based bonuses and, in some cases, shares of profits. (More than a few of his key employees became rich as a result.)

As the author of The Reluctant Entrepreneur, I was delighted to note that Getty disputed the notion that entrepreneurs should “think big and take big chances.” His success, he says, came from “thinking small” (i.e., paying attention to details) and avoiding risk at every juncture.

How to Be Rich also has a chapter devoted to passive investing. Most people don’t realize it, but Getty’s record as a buyer of stocks was stellar. What was his strategy? To buy great companies with distinct competitive advantages when their shares were cheap.

Your “shortcut” to extra income

Plus, how to get free access to Mark Ford’s newsletter Creating Wealth

Getty wrote How to Be Rich when I was about 15 years old. America was a very different country than it is now, so you might wonder: Do those same rules apply today?

If you are at all familiar with my thoughts on wealth building, you know my answer. Let’s review just a few of the rules to see if they hold up:

So, the answer is yes: The wealth-building ideas in How to Be Rich are as true today as they were in 1965. And they seem to be as true for big companies, like Getty Oil, as they are for smaller, entrepreneurial companies — the ones I write about.

If you read How to Be Rich, you will like it. But you may find yourself wanting more — more specific examples, more instruction, more detailed guidance. You can get that from some of the books I’ve written on this subject. (Yes, me!) I recommendReady, Fire, Aim, Automatic Wealth, and The Reluctant Entrepreneur.

Posted in Entrepreneur, Investing, Personal Finance, Wealth
This error message is only visible to WordPress admins