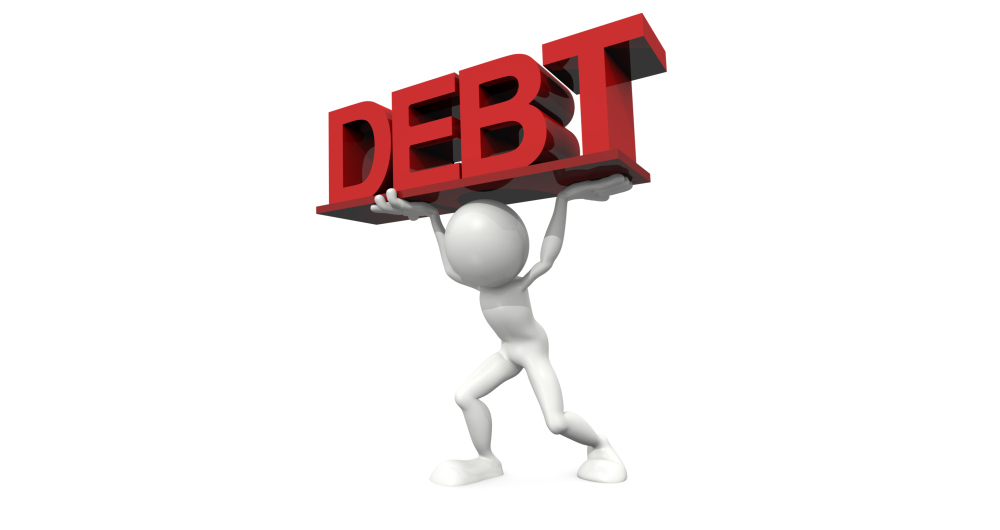 Do you spend more than you make? I used to.

When I started working as an editor at a Washington, D.C.-based newsletter publishing company, my salary was $14,000. My wife was earning less than that. Our two salaries barely covered our basic living expenses. On top of that, I was attending graduate school and we were paying off student loans. Then our first son was born. For the first six months of his life, he slept in an open drawer in our bedroom.

Meanwhile, I was spending money I didn’t have on things I couldn’t afford. Struggling to pay for my education and brand-new family, I overspent because it seemed to provide some happiness, some relief.

Eventually, I realized that I was getting 80 percent of my pleasure from experiences that didn’t cost much money. But recognizing that you don’t need junk food and kicking the habit are two distinct things.

Here’s how I got myself out of debt:

First, I got rid of all my credit cards. I figured that what I couldn’t buy with cash was either worthless or worth saving for. Although the fear of going without credit was great, I never experienced any anxiety after I trashed the cards. It seemed like a drastic decision before I made it, but after half an hour I never gave it another thought.

The second thing I did to get out of debt was to start saving. I had made myself a promise that I would save a percentage of my take-home pay, but I never did it. The breakthrough came when I was talking to a friend about how the IRS manages to collect a big chunk of our income through the evil genius of withholding. I recognized I had to do the same thing to myself. The only way I was going to save money was through force.

The solution was available in a new-at-the-time savings-bank program, one that withdrew a set amount of money from my primary account every month and put it in another one. That program allowed me to gradually increase my saving from 10 percent of my income to 25 percent and pay down my debt in a few years.

If you are spending more than you are making, get rid of your credit cards. And to get used to spending less, remind yourself repeatedly that most of the junk you buy (a) becomes unused after a few months and (b) doesn’t provide you with much value anyway. Remember that the best things in life – the picnics you have with your family, the walks you take by yourself, the time you spend with your friends – are free, or nearly so.

Create a separate bank account that you’ll use to pay down your debt, or have your debts automatically deducted from the one account you have. You might even consider a debt consolidator. (But watch out. Most of them are crooked.)

Increase the amount of your take-home that goes into debt payments every month. You might start, for example, with 10 percent and then increase that by 5 percent a month.

Six months from now, you could be living on half of what you spend now – and I’ll bet you will be feeling a lot better about yourself. You’ll have less stress, more energy, more confidence, and the beginnings of a lifelong habit of wealth building.

There are so many ways to save money. You can spend less on just about anything without giving up either the pleasure you take in buying or the quality you get from your purchases.

Instead of buying new clothes that will be out of style in a year, buy vintage clothing that looks great and distinguishes you.

Instead of signing a lease for an expensive car, buy something old but still good that has a personality.

Instead of going out to lunch every day, eat some fish or other protein at your desk. This is one of the things I did. By eating a can of tuna every day instead of going to lunch with my co-workers, I saved almost $2,500 in a single year. Plus, I went from staff editor to publisher by applying that extra lunch-hour time to improving the business.

Instead of plodding along in your same old job, make the decision to earn more money.

I did that by making myself a more valuable employee. Until then, I was doing my job and leaving when my job was done. To prepare for my raise, I started working extra hours – even though I didn’t have many. I used those extra hours to help my fellow workers do their jobs (which they appreciated) and launch a few new products. I didn’t know anything about marketing at that time, but those two activities turned me into the go-to guy at the office.

Several months later, I walked into my boss’s office and told him everything that was wrong with the business. “You are not telling me something I don’t know,” he said. “If you let me run this business I will fix all these problems,” I promised. He liked my moxie – and he had no one else to turn to – so he let me take over. With my added responsibilities, he gave me a raise. Every six months, I asked for more money, and I got it. In three years, I had nearly doubled my salary.

In addition to working extra hard at my primary job, I earned a second income by teaching a class of undergraduates early in the morning. It wasn’t a ton of money, but it helped pay off those debts.

I was working 14 hours a day, spending two hours with my family, and getting it done.

It wasn’t easy but it was a lot of fun.

What I discovered was that working hard when you are motivated is a lot more fun than hardly working when you don’t like your job. That was a lesson that made a big difference in my life. If you are in debt and have too little income, it’s a lesson you should teach yourself.

Work more. Save more. Spend less. Waste less. You’ll be out of debt and on your way to building real wealth in no time.

If you want to read more about wealth building, I recommend Automatic Wealth (because it’s my book). For investing, read The Intelligent Investor by Ben Graham and Value Investing by Martin J. Whitman. For real estate investing, read Donald Trump’s book The Art of the Deal and Frank McKinney’s Make It Big: 49 Secrets for Building a Life of Extreme Success.

Get updates on living the good life delivered to your inbox.
Posted in Careers, Personal Finance, Wealth
This error message is only visible to WordPress admins