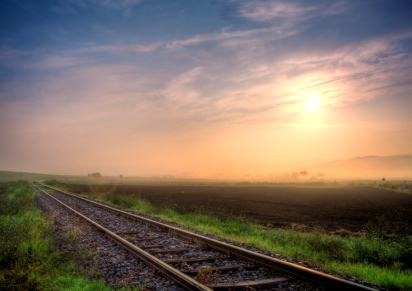 This happens to all of us in one facet of life or another. We build a habit that starts off strong but then, over time, often ends up slip sliding away.

It could be the diet we started so strongly on January 1st that became a shell of its former self by SuperBowl weekend. It might be your attempt to reconcile a relationship, a promise you made to a loved one to be home in time for dinner more often, giving your word to call more often, to be there for someone. Or it might have been that your plan to set aside money for a rainy day has all but dried up.

Life gets in our way.

“We work our jobs, collect our pay, believe we’re gliding down the highway, when in fact we’re slip slidin’ away,” sings Simon.

Your editor is not immune to the slippery slope. I recently realized that one of my personal strengths was slip sliding away.

But first the story about how it became a personal strength in the first place.

In 2005, as a young man addicted to email, I used to marvel at Mark Ford’s articles describing how he did not check email until 5 p.m. To me, this was better than a magic trick. How could anyone possibly do this? But Mark had good reason for doing so. Not checking his email allowed him to get more work done. And as for all of those “problems” that people were emailing about? Well, not replying simply encouraged people to solve their own problems rather than relying on him.

I took his advice to heart. Slowly but surely I chipped away at my email time. It went from being the first thing I looked at when I woke up at 4:30 a.m. (back in my personal trainer days); to something I could delay until 7 a.m. From there, I fought for every minute until it was 8 a.m. Finally, it seemed to settle on a plateau of 9 a.m. In fact, in my original 12 Rules for My Life, rule #3 stated, “I do not check email until 9 a.m.”

But I knew I could do better. Recently I had a copy of my rules laminated and included in my daily document review (see them all in this video). In this latest version I updated rule #3 to 10 a.m. The new email time worked…for a while. Then my travel schedule got busy. I was in different time zones, and my email schedule started slip sliding away. Soon I was back to 9 a.m.

I needed to “sharpen my saw”, as Dr. Stephen Covey wrote in The 7 Habits of Highly Effective People. It was time for a period of mental rejuvenation. Fortunately, I was inspired by a recent interview that I stumbled upon in my monthly newsletter subscription from the Glazer-Kennedy Inner Circle. This inspiring conversation between host Dave Dee and Henry Evans, author of HourADayBook.com, got me fired up to shift my email session to later in the day. But not back to 10 a.m. No, this time I was going to model Mr. Evans and wait until 12 p.m. before checking and responding to any email.

Now you have to understand, while noon might still seem early to some people, by that point in the day I’ve been up for eight hours. For a “normal” 7 a.m. riser, that’s the equivalent of checking email at 3 p.m. I’m still not at Mark Ford’s level, but still, it’s incredible progress for a former addict.

Equally as important, I’ve set a deadline of 4:30 p.m. as the cut-off for reading any email that day. No more checking email at 8 p.m. and getting wound up about something that can – and should – wait until the next afternoon.

In his interview, Evans also brought up a factor that was missing from my system, one that might have been allowing my dedication to slip away. That missing factor was having either a punishment for failure or a reward for successfully sticking to the desired behavior. I’ve since implemented these for my email schedule.

If I give in and check email before noon, my punishment is to go without reading the website and blogs of great authors that I enjoy each day at lunch. My reward for sticking to the plan is simply a feeling of great accomplishment, for I know that I’ve been a better steward of my time and that more essays have been written and products created. That feeling of product completion is the ultimate reward for me.

Since implementing this new email schedule, the results have been overwhelmingly positive. My writing production has almost doubled and my work-related stress has decreased. It’s a great feeling to get my newsletters done far ahead of deadlines.

And most importantly, this time I’m sticking to it. No more letting my goal of waiting until noon to check email to slip slide away. It’s now a rule with both punishments and rewards.

I believe in the power of rules and personal philosophies because they make everyday decisions a lot easier. As Dan Kennedy wrote recently in one of his weekly faxes to Diamond Members, “This is why Ayn Rand made such a defense of philosophy. Each person needs one. A thought-out, developed, challenged, and ultimately settled on set of fundamental decisions made once that do not need made again, that can govern other decisions. If there’s no concreteness to this, neither direction nor discipline is possible.”

Another virtual mentor of mine, Dave Kekich, agrees. As he states in Credo #39,“By adhering to a strong honest philosophy, you will remain guiltless, blameless, independent and maintain control over your life. Without a sound philosophy, your life will eventually crumble.”

Don’t let your good habits slip slide away from you. Write out your personal philosophies, your rules to live by, your big ideas for life, or whatever it is that you want to call them. You need them.

Just as I believe that waking up early makes almost everything better, having a set of well-defined personal philosophies makes every decision quicker and easier. Add these to your life today.

Posted in Motivation, Productivity, Self-Improvement, Time Management
This error message is only visible to WordPress admins