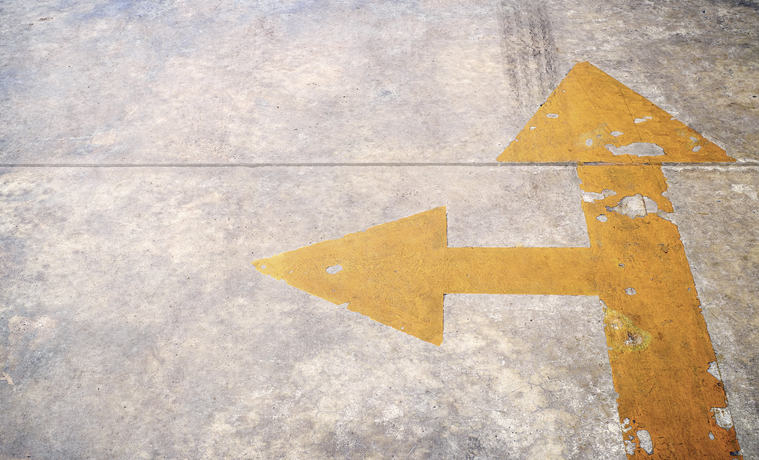 My son had to decide between his summer internship choices. But he was stuck.

Where should he go? The office in Mumbai or the one in Melbourne?

How do you choose between two good options when they are so evenly balanced?

My son asked for advice. His mother said one thing. His aunt said another. His friends were equally divided.

I was sitting on the porch, enjoying a Padron Aniversario 1964 (Natural) when he put the question to me. “This is driving me nuts,” he said. “How do I decide?”

“Why don’t you flip a coin?” I suggested.

“Flip a coin? Is that how you make your important decisions?”

“Not always. But sometimes.”

I told him the story about how I got into the direct-marketing business. If you are a longtime ETR reader, you may have heard it before, so I’ll retell it very quickly.

SUGGESTED: Take this Online Marketing 101 Course to get started!

It was 1981. I was sitting on a beach in Key Largo, watching jet skiers cutting back and forth on the Gulf’s crystal blue water. Next to me sat Tom. Tom’s hair curled at his shoulders. He was smoking what was then called a “doobie.” Tom’s job was to put people on the jet skis and then take them off. That was it. And it appeared to be about all he was capable of doing.

I had just been offered three great job opportunities. A desk position at the Miami Herald, a reporting job at the St. Petersburg Times, and an editorial management slot with a newsletter publisher in Boca Raton. In my mind’s eye, I could see three career paths ahead of me: publisher, journalist, or marketing maven. All three appealed to me. I couldn’t choose.

So I decided to leave it up to Tom. I explained the jobs, the benefits, the drawbacks, and my thoughts about where they could lead me. Tom listened semi-attentively. Then, when I had told him everything there was to tell – all the details and all the nuances – I put my hand on his bronzed shoulder and said, “What should I do, Tom? Which way should I go?”

He took a what-we-then-called “toke” from his doobie, exhaled contentedly, and with a glassy-eyed gaze said, “Boca. Go Boca, man.”

That, in fact, is exactly what I did. I took the Boca job and things turned out very nicely.

Just hours before my son had tracked me down on the porch, MaryEllen Tribby and I had spent some time with Brian Andreas, an ETR reader and an attendee at the business-building bootcamp I ran last year. In describing his amazing success in business, Brian said, “Everybody thinks that you can go through life making logical decisions based on factual input. One logical decision after another. But when I think about my career, it is clear that many of the most important directions I took were impulsive or arbitrary. Life doesn’t unroll in a straight line. It’s more complicated than that.”

I thought about The Black Swan, the best-selling book that made a similar point. Life’s most critical events, the author argued, cannot be predicted.

Those thoughts were in my head when I suggested to my son that he flip a coin. Both opportunities were likely to be very good to him. But it was impossible to predict how they might develop and what benefits they would provide.

I pointed out that asking Tom to make my decision back in 1981 was the equivalent of flipping a three-sided coin. I wasn’t relying on Tom’s wisdom. I was simply using him to arbitrarily pick one of three good choices. What I did with those opportunities and what I got from them would depend on my actions later on.

My son went into his room and put on some music. And when he was ready, he flipped a coin.

“What did the coin tell you?” I asked.

“It said to go to Australia.”

“And how do you feel about that?”

“That’s great,” I said. “So now you’ve decided. Now you can go forward and make something of that opportunity. It’s entirely up to you.”

I didn’t tell him that if the coin toss had made him feel bad I would have told him to ignore it and go to India. That’s one useful outcome of making decisions arbitrarily. Sometimes they will show you how you really feel about the choices you’re considering.

This happened to me about eight months ago. The stock market had me worried, and I was thinking about pulling out all my money and putting it into cash. I called up one of the advisors I most respect and asked him what I should do. He made a very cogent argument for staying in the market. I thanked him for his advice, hung up the phone, and sold my stocks. Not because I don’t trust him. I do. But because his advice forced me to reckon with what my gut was telling me. And my gut was telling me to get out.

SUGGESTED: Discover Your Purpose in 15 Minutes

We store our emotional intelligence in our limbic brain. We do our rational thinking in our neocortical brain. The two are connected, but they don’t always communicate well with one another. Sometimes you need a coin toss to help you know what your limbic brain wants you to do.

For my son, his limbic brain had already told him to go to Australia. That’s why he felt good when the coin toss came up Australia.

Just to be clear – I am not suggesting that all decisions should be made by tossing coins. I don’t believe that at all. Quite the opposite, I believe we should use our rational faculties to analyze problems, to break them down into smaller issues and figure them out. But when the rational answers are in, you must compare them to your gut instinct.

Good decisions are made when both parts of your brain are saying the same thing.

And when your rational mind tells you that both options are good and you are not sure what your limbic brain is saying, then an arbitrary decision-making process like flipping a coin can be very helpful.