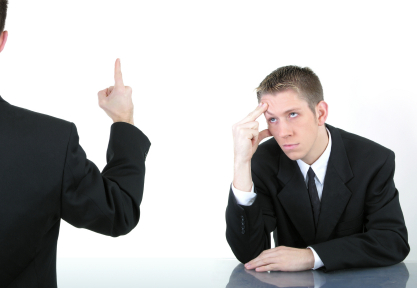 I’ve never been to a bullfight, but I can’t imagine it’s much different than many of the scientific research conferences that I’ve attended.

Let me set the scene for you. At these research conferences, a brave soul wanders up on stage in a nondescript hotel ballroom, explains their recent study (often awkwardly stumbling through a verbatim reading of PowerPoint slides), and then draws a measured conclusion from their data. Seems simple and harmless enough, right? Worthy of polite applause at the very least.

Well, you’d think so. But throughout the entire presentation, the critical tension in the audience is growing. You might even catch some of the audience pawing the floor like a bull does with his hoof before it charges.

As soon as the scientist wraps up on stage, there’s a mad stampede to the microphone to see who can make the most critical observation about the scientist’s study and conclusion.

“Why did you use this technique? You should have done it this way,” the first critic will say with venom rushing through their veins.

“Your results are invalid because you did not have enough subjects!” claims another. (This old fallback criticism never goes out of style, even if the researcher used hundreds of subjects.)

On and on it goes until they’ve extracted their pound of flesh and are ready to bring forth another sacrificial lamb to the stage.

For some reason, these otherwise timid and polite men and women turn into Interpol interrogators in this environment, where they feel free to unleash a barrage of attacks and criticism onto their colleagues.

When I was young and naive, I viewed this as good sport.

It is only now that I understand that the critical researchers are often scared of the change that these new results might bring to their world. They want to preserve the status quo. They use criticism not as weapons, but as a tool to defend their way of life.

And so it is with most of the criticism that you will receive in your life.

Perhaps you’re trying to eat better, quit smoking, or eliminate bad spending habits. Left to your own devices, you’d be doing very well, thank you very much, following a simple plan for success.

But reality often gets in the way of your best-laid plans, doesn’t it?

The people at work, your family at home, or your longtime friends seem to be constantly pecking away at your decisions and testing your resolve. The criticism they lob at you can hurt, and can even destroy your good intentions.

“You’re wasting your time,” the critics will start, “Nothing ever works for you.”

“Are you on another diet? How long will this one last?” they sneer.

“You, save money? Ha, that’s the funniest thing I’ve ever heard,” they might even mock.

And these are just a few of the polite common criticisms you could hear. You can probably imagine more hurtful comments from people close to you.

It can all be too much to bear – but only if you let it.

You see, here’s the truth about dealing with criticism.

It is defensive, not offensive.

And you, my friend, are stronger than all of it.

It’s easier to deal with criticism and attacks when you see them for what they really are, that the criticism and attacks are simply ways for the attacker to protect themselves from whatever it is in life that they are lacking; whether it is talent, the courage to act, integrity, self-esteem or self-confidence.

The criticism leveled upon you is simply a defensive tactic by the criticizer to protect their ego. Once you understand that, you might actually feel sorry for the attacker, and you can laugh at or brush off the negativity and keep marching forward.

How do I know this?

Because I have first hand experience of being on both sides.

When I was young, immature, and selfish, I was often highly critical of others. There were many things in life that I didn’t want to change, and so I would use criticism to defend my position.

But this did not serve me. And so, after seeking out virtual mentors like Michael Masterson through his essays at Early to Rise, I came to my senses. Over time I matured and became a better person, less critical and more thoughtful and open to the opinions of others. Dare I say, even welcoming of change.

Plus, now that I’m older and somewhat wiser, I’m also receiving my fair share of criticism and attacks, mostly via the Internet from anonymous sources. Readers of my fitness newsletter have called me a balding, skinny little runt. Others have called my dog and I, “pathetic.” (Hey, easy on the dog, he’s sensitive!)

But none of this matters. I will not let spiteful criticism and verbal attacks from anyone deter me from going after what is truly important to me.

It’s essential that you understand how little harm that words can do – as you know, words can never hurt you – unless you let them. But you won’t, at least not anymore, now that you know the true reason for those words being hurled at you.

Criticism is the first and last defense of someone that feels inadequate around your power and accomplishment. They are scared. You should feel sorry for them, but not for yourself.

Instead, from today on forward, you are going to live stronger, bigger, and better than ever before.

There are many people, just like you once were, that want to improve their lives in one way or another, but they need a leader. You can be that person. And when you do take charge and ignore the critics, you will become an exponentially better person.

When you live and lead by example, you can only improve. So stand up what is right for you at this time. Stand up against your critics. Stand up for others. When you do, you will make everyone better. Stay strong, get stronger, and keep pushing on. I’m right here with you.
[Ed. Note. Craig Ballantyne is the editor of Early to Rise and author of Financial Independence Monthly and Turbulence Training. He is also the co-creator of the Early to Rise $100,000 Transformation Contest. Though this round of the Transformation Contest has closed it’s not too late to access to all the helpful tools and advice that helped many people make a positive change in their lives. Get started on your major life transformations today.]