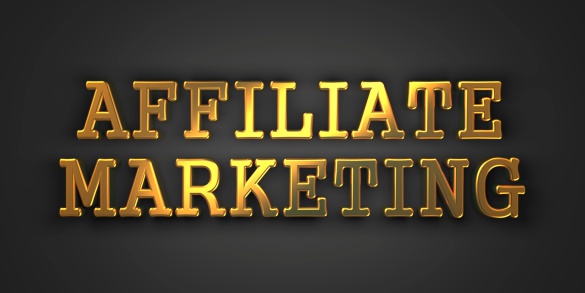 When it comes to creating a product with a BIG HOOK and getting the TOP AFFILIATES to promote, there is no one better these days than Joel Marion.

So today, I want to give you an excerpt of a 1-hour, 22 page interview
with Joel that went out in my private client Inner Circle newsletter.

CB: Okay, Joel…let’s talk about the importance of product creation.

Joel:
An important part of a launch is coming up with a unique product that is really going to catch peoples’ interest.

So many times I get approached by people who are looking for me to promote their stuff and there’s nothing unique about what they’re offering.

It’s like Body for Life Number 14.  It’s the same, “Okay, eat right, exercise.”  But what is enticing about that?

I’m not arguing that those programs work.  They do, but can they be sold?

People need to get excited about a new program in order to want to invest in it and want to do it. There’s nothing sexy about eat right and exercise, even though we all know that that is the way that people are going to lose weight.

How can you repackage the concepts that work in a unique way that gets people excited about doing your program?

With the 1000 Calorie Challenge we had a very strong hook with burn a thousand calories a workout.  And then we solved problems.

Well, the whole crux of the prelaunch is like we’re going to take you from burning 300 calories all the way to burning 1000 calories.

We’re going to increase your level of fitness and we’re going to do it very quickly. And we had something called R-Quattro, which was a hook or trademark type thing that we were using.

So all these unique aspects of a program that went into developing something new is a huge part of it, because so what if your program works. There are a lot of programs out there that work.

CB: Yes, that’s one of the main factors that most people don’t even think about. They can do everything right, but if the product is not so great or not that enticing that’s really going to ground them pretty quick.

Another point you made though about the affiliate stuff is you get new people every time.  So people that might have a really bad first launch, anything else you want to add to it?

Any kind words, positive motivation, to say to people in terms of that snowball effect of “Hey, at least you got two affiliates last time.  Don’t be upset about it, you got two.  Next time you get three, four or five and you keep on doing it and just don’t stop.”

Joel:
Yes. I think a lot of people look at somebody like me who came on the scene and was able to rally up all these people to promote.

When we did my very first launch broke the record at the time and did $300,000. You don’t have to do that. And it’s not likely that you are going to do that.

Not to put a damper on things, but it’s just kind of a reality check in that you need to be able to celebrate the success that you are experiencing.

And if I were to work a launch, and maybe I only had a couple of bigger affiliates promote it.  You can’t hang your head and be disappointed if someone says no the first time.

That just means that you go after them the second time or the third time.  And as your launch is continuing to grow then maybe that person will say, “Okay.  I’ll give it a shot this time.”  Or, “I’ll have so-and-so promote it.”

Those emails tend to get ignored because I get tons of them and I just don’t think that that’s the way to approach an affiliate ever, especially if you don’t know somebody and have the relationship and you just ask them to promote your products. There’s no reason for me to do that.

But anyway, I’ve had people who have done that.  And they have gotten my interest at least to not ignore them and to realize that maybe this would be something that I would potentially be interested in promoting is they tell me, “So-and-so, like Big Joe Affiliate promoted this and they made $15,000 with one email,” or something like that.

Okay, then that automatically lends credibility because I know all the top affiliates…so if a big affiliate is promoting it it’s probably decent.  And it obviously converted well for somebody who has a similar list to mine.

So if you get Mike Geary to promote you one time and you say, “Hey,
Mike promoted me.  He made this amount of money,” and it converts
really well, then you can get someone’s attention.

A lot of times you might have all the marketing in place correctly.  It’s just creating those relationships with people and getting people on board to promote you may be the hardest part.  You just need to get recognized. (That’s why I highly recommend Craig’s Mastermind Groups.)

But you have to celebrate each little promotion, each JV that you get as a huge success for you.  And celebrate the successes and then move on to using that promoting, that success, that partner to recruiting other partners that may know that person or something like that.

Then you just don’t mention the conversions and you tweak some things and you make some changes, then you run some internal stuff to your list.

And if it starts converting better and the pages are better and maybe you get some coaching with somebody like Craig or something like that or join a Mastermind group and now you’re in with a new network of people.

You’ll get amazing advice and you know that your copy will be much, much better than it was the first time, then you use that.

Say, “Hey, I’ve been doing coaching with Craig Ballantyne.”  And people who know who that is, they know he’s a good marketer.

“I just did a ton of revisions to my page, got the conversions up way higher and I’d be interested to see if you’d like to promote it.”

Again, after you’ve already established a relationship with that person.

But each time you can build on the previous time.  And before you know it, let’s say it’s two years from now and now you’ve got 30 people promoting the launch.  Believe me, that’s going to be a BIG payday.

You’ve still got the rest of your life to enjoy that type of success, many more years of internet marketing to come.  So celebrate the successes that are happening right now, build on them each time, use your previous success to recruit new people and you’ll be surprised at how rapidly things can grow.

But don’t be disheartened if you’ve put in the work – and here’s another thing, if you you’ve launched products and you’ve only got three affiliates…

…So you get a nice payday, maybe make a few thousand dollars.  Well that’s awesome, but you know what?  You’ve got 70 people out there, people making a good amount of sales, who didn’t promote it.  So you know what?  You can relaunch it, and believe me, as I said those relaunches are a lot easier than the launches.

And maybe those three people who initially promoted it won’t be on board but you can take that data and you can get a much bigger launch, maybe with 20 people the next time.

It’s a lot easier to relaunch something that’s already been run.  And maybe
your very first time running that promotion you only had a few affiliate partners but now you’ve got ten, maybe you’ve got 20. You can rerun the same thing with all new people.

CB: Awesome Joel, thanks so much. I know that is going to get a lot
of readers fired up about making their products even better and
jumping into a product re-launch with more confidence and enthusiasm.

To your best life,

Plan your day & week. Plan your plan. Have 2 solutions for every obstacle. Stay strong & focused & never give up on what is important to you.