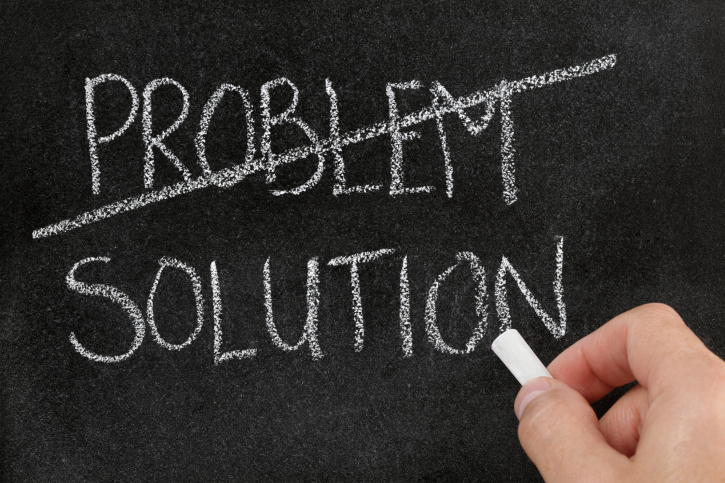 Recently, Bill and I met with the writers from one of Agora’s financial advisory divisions. They presented us with a number of leads that they thought contained big ideas. In almost every case, they were wrong. One of these leads predicted that China and the USA were going to be battling it out over the dollar, and this was going to have a major effect on investing in the next 10 or 15 years.

They all looked at us wide-eyed. “How could that not be a big idea?” the writer of the lead said. “Our two economies combined dwarf most of the rest of the world. If we get into a major fight with one another, it will affect every investment everywhere.”

“Isn’t that just semantics?” someone else asked. “Big idea, big concept. Don’t they both mean the same thing?”

The answer was no. A big and definite no. But try as we did, we were not able to get them to understand exactly what we meant by a big idea.

“It’s ironic,” I remember thinking. “I’ve become a Yoda too!”

Obviously, there was a gulf between our understanding of this important technique and the definition that was being given to this third generation of copywriters who were producing the promotions Agora was relying on.

So I set to work writing this – an attempt to explain, in the clearest terms, just what the big idea is and what it isn’t.

Let’s start with a definition that borrows from Ogilvy: A big idea is an idea that is instantly comprehended as important, exciting, and beneficial. It also leads to an inevitable conclusion, a conclusion that makes it easy to sell your product. Furthermore, it is an idea that will continue to be important and exciting for a long time.

That’s a mouthful. So let’s break it down.

A big idea is important.

A big idea is exciting.

You are not going to excite your customer by repeating the predictions or promises that the rest of the media is publishing. They have already been exposed to those ideas. To provoke real excitement, you need to go beyond the conventional. You need to find some new angle that makes your customer sit up and pay attention.

A big idea is beneficial.

The excitement created must benefit the customer. Put differently, it should make the customer want to buy the product being sold. Let’s say you’re selling grass-fed beef. You can get your customer excited by telling him about how quickly people in this country are becoming poor. But that kind of excitement will make him less – not more – likely to buy the expensive type of meat you’re selling.

A big idea leads to an inevitable conclusion.

The big idea must contain some internal logic that is fundamentally simple. It must be easy to grasp and easy to see how the product you are selling solves a particular problem or delivers on a stated promise. The best big ideas tie into something that makes the product unique. As soon as the customer hears the idea, he begins to feel the need for the product, even before it is mentioned in the copy.

The best big ideas do all of that work with very few words. The sale is half-made in the headline or by the end of the first paragraph.

Let me give you three examples.

In this first example, the big idea is aimed at readers concerned with their health:

How the French Live Longer Than Everyone Else …

Implicit, here, is a promise that will appeal to almost anyone: You can eat like the French eat … and lose weight … and live longer.

This next example is a big idea that would interest avid golfers:

Want to slash strokes from your game almost overnight?

Amazing Secret Discovered By
One-Legged Golfer Adds 50 Yards
To Your Drives, Eliminates Hooks and Slices …
And Can Slash Up To 10 Strokes From Your Game
Almost Overnight!

The idea that there’s a secret discovered by a one-legged golfer is exciting. It implies that if the reader has two legs, he’ll have an even greater advantage. Plus, the promise that this secret could add 50 yards to his drives and slash up to 10 strokes from his game is both VERY important and beneficial.

The reader can’t help but come to the conclusion that he needs this secret.

Outlawed for 41 years, now legal again,
This investment launched the largest
family fortune the world has ever seen …
and could return 665% in the next 12 months.

The big idea is that this secret investment was once illegal. It’s exciting, because it’s the same investment that launched the largest family fortune in history. What’s more, once the reader learns what this investment is, he could stand to make a 665% return on his money in a year or less. That makes it important and beneficial.

The inevitable conclusion: “I’ve got to read this and find out what this investment is.”

If you would like to become a master of the big idea, you can get step-by-step instruction – with plenty of examples and expert guidance – from American Writers & Artists Inc. (AWAI). They’ve got the best course on copywriting available today, one that I first created 12 years ago with several fellow master copywriters. The Accelerated Program for Six-Figure Copywriting has been improved and added to regularly since then. And it really is the best way to learn the skills you need to break into this lucrative field.

[Ed Note: Mark Morgan Ford was the creator of Early To Rise. In 2011, Mark retired from ETR and now writes the Palm Beach Letter. His advice, in our opinion, continues to get better and better with every essay, particularly in the controversial ones we have shared today. We encourage you to read everything you can that has been written by Mark.]
Posted in Entrepreneur, Internet Business, Skill Development, Wealth
This error message is only visible to WordPress admins