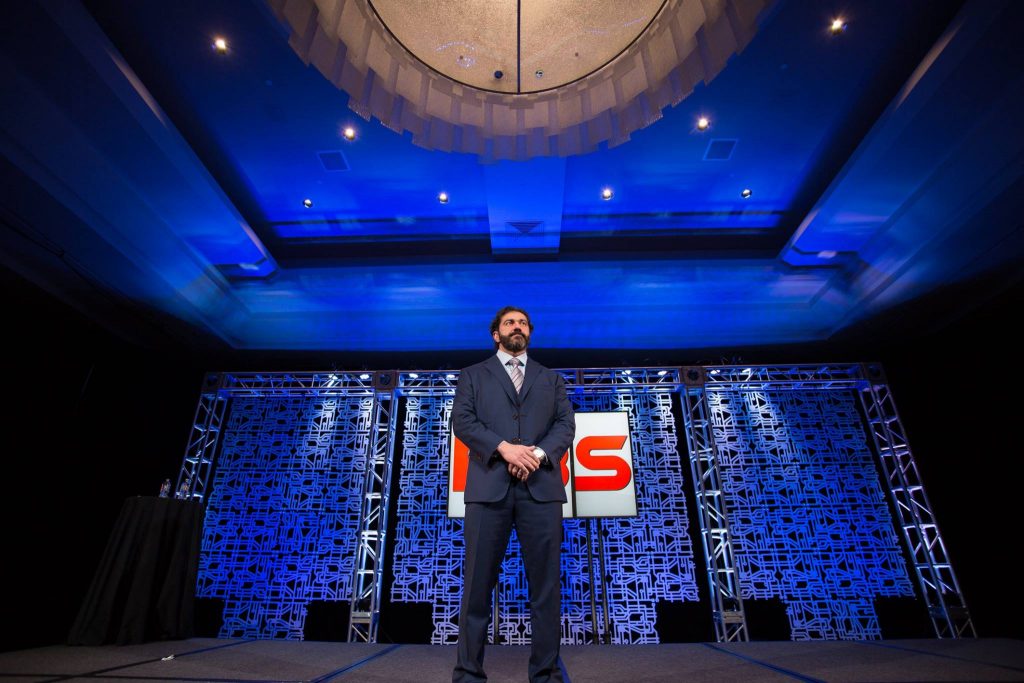 In the opening scene of A View to a Kill, James Bond is sent behind the Iron Curtain to retrieve a microchip. After dodging bullets while racing down a snow-covered mountain on just one ski, Bond finally escapes the Soviet Union in predictably dramatic and dangerous fashion.

So too did the hero of today’s wealth building story. In fact, his real-life journey is more dramatic and heroic than any Bond film.

You can listen to today’s heroic story here.

It begins in Armenia in 1979. Krikor Keuilian, a tailor to communist party officials, began saving fabric from alterations, making suits, and selling them on the Black Market.

But the communist party soon got word that Krikor was doing work on the side, so they raided the Keuilian home. While they searched for evidence, Krikor plied them with vodka and built rapport with the officials, getting them drunk, and sending them on their way before any proof was found.

This risk allowed him to save $25,000 US dollars (equivalent to $90,000 today). He used this to bribe government officials so that his family could escape the Soviet Union. He, his wife, and three children flew to Italy and sought refuge at the American Embassy. After an interrogation with U.S. officials, they immigrated to America (legally), settling in California, a journey of over 7,200 miles.

Hardships and obstacles were many along the way. Most men would have quit. Fewer still would have had the courage to get started. Yet Krikor Keuilian was on a mission. He had a new world to reach and a better life to build for his family.

What is the mission for you, your family, and your future?

Do you desire greater financial freedom? Does your life need more meaning and impact? Do you want to make a bigger contribution to your community and the world? And do you want to do all of this and still have more quality time to spend with your loved ones?

These questions are important. Answering them requires that you spend time in reflection and introspection, and for you to develop complete clarity about the dream destination for your life. Without the end of your journey already in mind, you cannot even begin.

“My interest is in the future because I am going to spend the rest of my life there,” said American inventor, Charles Kettering. This is why, at my Perfect Life Workshop, we devote so much time to identifying your values and creating a 10X vision for your life.

When you create your vision, you are writing the movie script for your life. Krikor Keuilian could see the movie in his mind of his family living a better life in America, one of greater opportunity and freedom, even though he had never been there.

When you know exactly what you want, as Krikor did, the straight line to success becomes clear, and it becomes easier to avoid detours that take you off path. You know what you must do, and what you must avoid. Best of all, when you take action towards your dreams, opportunities arise that help you get to where you want to be, sometimes even faster than you expected.

“The universe has a funny way of holding your feet to the fire and placing the right people and opportunities in front of you to help you achieve that which you desire,” said Bedros Keuilian, the son of our hero. “But you’ve got to have the discipline and do the work. Dreaming is not enough.”

Bedros has become a real-life version of The American Dream, but it was not easy. After the Keuilians arrived in America with less than $100 in Krikor’s pocket, the family of five lived in dirty one-room apartments for years, often with just a single mattress.

Each night, Bedros, the youngest child, would be hoisted into grocery store dumpsters to search for expired foods. While stores could no longer sell this produce, the Keuilians could still eat it. They were willing to do whatever it would take to survive. Their early years in America were a harsh existence, one that was well below their standard of living in the Soviet Union where his father had secured a comfortable life. But Krikor knew his family had a better future in America. 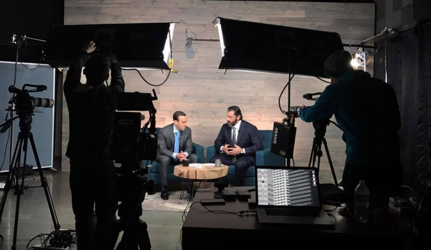 Bedros explaining his American Dream story on our Empire Podcast

They don’t how his new business, the Fit Body Boot Camp franchise, almost failed because of a broken partnership, and how Bedros worked so hard that he suffered anxiety attacks that put him in the hospital.

People only see Bedros today as a lucky man living The American Dream.

Surprisingly, Bedros feels the same way. Bedros is a proud American. He knows he’s a lucky guy. He’s grateful for the risk his father took. Bedros is thankful for the opportunity that he, a man who barely graduated high school and has no college degree, had to build multiple 7-figure businesses. That’s why he has dedicated his life to paying it forward and making a big impact on the lives of other fitness professionals.

To help others get a head start on success, Bedros has taken the most difficult and disliked parts of running a business (sales and marketing) and created turnkey solutions that anyone can follow. He’s built simple business strategies so that operating one of his franchises successfully is easy to do.

“This is my rule of thumb with any business idea,” Bedros said. “If I can’t clearly explain my business model to you in a 30-second conversation, then it’s likely not one I’m willing to start. And if it doesn’t align with my purpose and passions then it’s definitely not something I’m interested in.”

Today Bedros has also grown beyond the fitness industry. He works with entrepreneurs in dozens of industries, and he does so in a “sneaky” way. Bedros knows that while sales and marketing are important, they are still not the keys to success. That’s why he coaches entrepreneurs to improve their ‘inner game’ too.

“I help folks become the best versions of themselves,” he said. “I do this by helping them become successful in their personal and professional endeavors. In other words, I help people become better entrepreneurs and more resilient humans.”

“I’m not afraid of selling my products, services, or franchise. I believe that I’m the best at what I do and so I have an obligation to reach as many people as I can and help them realize that I can help them reach their goals faster and with less frustration.” 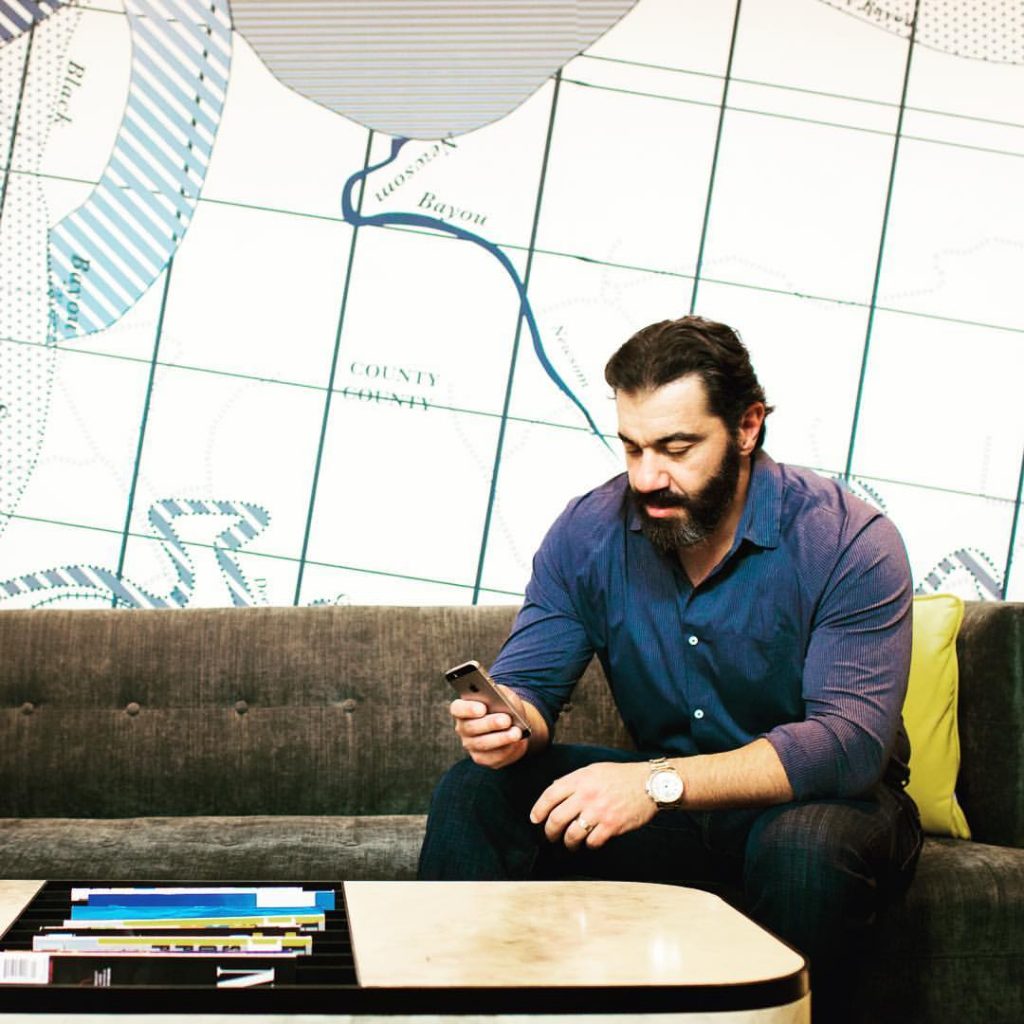 “That means helping business owners with sales, marketing, and systems, or helping experts take their knowledge and turn it into an online business so they can reach more clients and work from anywhere.”

“But most of the time it requires me helping people get over their limiting belief systems so they can reach their fullest potential.”

If you want to dominate your path and build your family’s wealth so that you can have financial and time freedom, then you have an obligation and responsibility to family, yourself, and your business or career to be at your best in every area of life.

This is the mindset that Bedros has used to build an empire based on The American Dream. He arrived in a new land with ‘The Immigrant Edge,’ something we can all harness even if we’re not from a foreign land.

“Never doubt yourself. Never think that you can’t do it.”

“Never doubt yourself. Never think that you can’t do it,” Bedros says. “I’m living proof that anyone can succeed. I was just an immigrant kid who escaped communism and came to the United States and achieved The American Dream. And if I can do it, anyone can.”

“But you can’t be allergic to hard work,” he warns. “If you want something bad enough – put the work in. It’s one of the most important lessons I learned from my father, a man who risked his life to give his family the greatest gift – freedom.”

If you’d like to read more about the strategies and tactics that Bedros used to build his business Empire, make sure to read the July issue of ETR’s new digital newsletter, Wealth Confidential Monthly. To get access, take advantage of this special offer today.