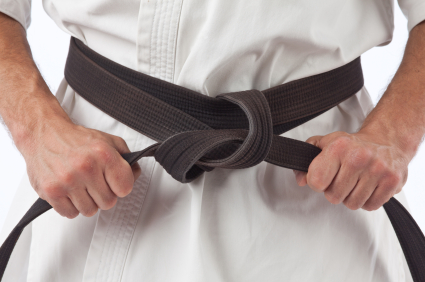 Becoming a “one-of-a-kind” service provider is one of those exciting business topics everyone tells you you should pursue without actually telling you how to do it.

The whole idea of having a “Unique Selling Proposition” (USP) as a service provider is quite exciting… until you actually try to create one. Technically speaking, creating a USP is actually pretty simple. Having that creation actually resonate with the marketplace, however, is much more difficult. Just because you’re the only photographer that takes wedding pictures while hopping on your left foot just isn’t going to bring the clients running now is it?

You can actually waste quite a bit of time and energy “uniquely positioning” your business in ways that no one (but you) actually cares about. It feels like you’re getting somewhere because you’re busy, but really, nothing is happening.

And so most business owners, when faced with the market’s indifference to their Unique Selling Proposition, simply give up and move the whole task way down on their todo list.

Sometimes the solution to a complicated problem is to realize that searching for the answer you think you need is in fact your big mistake. And so it is with the creation of a Unique Selling Proposition.

You could spend a long time trying to “think” your way to that solution. But I’ve discovered something that’s much more effective, not to mention easier. And it actually ends up delivering a superior result.

The process starts with something called, The Platform.

The Magic of The Platform

Look around at just about anyone with influence and you’ll most likely find, not too far away, a Platform of sorts that is powering that force.

Oprah had her TV show. Rush Limbaugh has the radio show. You can think of countless examples.

A Platform, very simply, is some sort of vehicle that distributes specific value to a specific group of people, consistently, over time. A Platform might be as simple as an email newsletter, or a podcast, or a print newsletter, or even a video series.

Now if the word “Platform” is new to you, don’t worry. I didn’t make up the concept. No one in this century (or the last few) did. It’s been around forever.

But in a day and age where trust and attention (some of the most important business assets you can have) are harder than ever to acquire and keep, one has to resort to “drastic” measures. Drastic includes actually working to “earn” your future success.

Platforms produce value for a select group of people consistently. In fact, that is one of the things that makes them so powerful. When a prospect engages with a Platform, there is actually an implied promise made as to how often that thing is going to show up in their life.

That’s the genius of something like a daily email newsletter, by the way. From the very beginning of the relationship, your prospect is not only agreeing but expecting to hear from you on a daily basis. The agreement has been made that you will show up and they will allow you in. But it’s even better than that. Because if you do it right, your audience actually looks forward to receiving it.

The Platform can very easily become the central force that powers your business. It works. I know because I’ve been living it for the past few years.

One of the most effective ways to sell anything is by demonstration. If you provide an effective demonstration in front of the right people, you tend to have a far easier time of it than the guy who doesn’t know how to demonstrate.

Why Build One Unique Selling Proposition When You Can Build Tens of Thousands With Less Effort?

So let’s get back to the task at hand: showing you a new way to deal with your need for a Unique Selling Proposition. A way that clearly sets you apart from every other option your clients have.

Something that transforms you into an Incomparable Expert.

In business, part of winning is figuring out how to make you or your business the only source for a certain thing. In other words, clients have to come to you if they want X.

That’s really it in a nutshell right there. If you can achieve that goal, you can pretty much write your own ticket.

So ask yourself, what’s the only thing that your prospective clients can’t get anywhere else unless they do business with you?

The only thing they can’t get anywhere else is you or your company’s involvement in providing the service. If they want you to be involved, they have to come to you. Duh.

This might sound drop dead simple, but it’s extremely powerful if you know what to do with it. And it’s absolutely transformative if you have some sort of lever (like a Platform) so you can use this idea to your advantage.

What this means is that we have to engineer a situation where your prospect is less interested in “getting the service done” and more interested in you being the one that provides the service. Unless your business is at the low end of the vendor scale (where buying decisions are made on price and speed), your clients don’t buy a “service,” they buy you.

Marketing experts like Dan Kennedy have talked about this for a long time, but the Platform is the tool that can create a scenario like this for just about anyone.

Stepping Into the World of the Incomparable Expert

And it’s at that point when the magic truly begins. I don’t care what kind of marketing genius you think you might be, the results that come from following through on this process long enough are beyond the capabilities of any human mind to consciously plan.

Because what you end up with after you’ve allowed your Platform to do its thing is not a single USP, but tons of them. Each of your subscribers custom tailors your USP on their own!

You provide enough of a demonstration that “selling” your prospects isn’t really required. You don’t have to do it, because they’ve already done it. Each prospect has collected a unique mixture of your “demonstrations” they found valuable and put them together in a way where they actually sell themselves on you!

They know what makes you uniquely valuable to them even though you might not know it.

Your true USPs exist in each of the minds and hearts of your future clients. You might have a rough idea about what those are, but really, you don’t even need to know. You just have to keep your Platform running and attracting through demonstration.

So you can rest easy about coming up with your “Unique Selling Proposition” and simply commit to the process that will bring a superior answer to you, slowly, over time.

It’s a very sure path to becoming an Incomparable Expert.