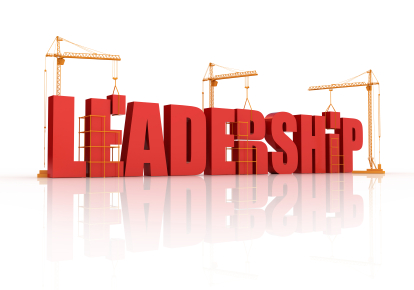 Depending on which list you read, Scaramonga, otherwise known as the title character in “The Man With the Golden Gun,” is the 9th ranked Bond Villain of all time. A deadly assassin with a trademarked weapon, he considers killing Bond to be the pinnacle of achievement.

Through a series of adventures gone awry on the Hong Kong mainland, Scaramonga eventually traps Bond on a remote island off the coast of China. With Bond helpless, Scaramonga invites him to a final gourmet dinner before challenging Bond to an old-fashioned duel to the death.

(I apologize if you just downloaded this movie on iTunes. I don’t mean to give the plot away.  There’s much, much more to the story, I assure you.)

During what is meant to be Bond’s last supper, Scaramonga says something that made me pause the movie and write down the line.

In explaining his history as a hired gun, Scaramonga described his goal of killing Bond by saying, “Like every great artist I want to create an indisputable masterpiece once in my lifetime.”

As soon as he said that my eyes widened. It’s a goal that I have in my own career as well.

Now hold on, your editor is not a hit man in his free time. But I do share the desire to be a thought leader in my industry and to create a piece of work that remains long after I’m gone.

I wouldn’t be surprised if you feel the same way.

Maybe, like me, you’re approaching Malcolm Gladwell-described “Outlier” status in your profession, having spent your 10,000 hours honing your craft. Or perhaps you’re just starting your journey but know that ultimately you want to create a masterpiece in time.

That’s what a thought leader does in their industry. That’s how you become the go-to expert in your marketplace. And it all starts with a key tool, a metaphorical “Golden Gun,” if you will. Let me explain.

One of my virtual mentors, Dan Kennedy, recently outlined the critical steps to becoming a thought leader in any industry. If you implement this blueprint, and ultimately create your Golden Gun, you can dominate your industry for years to come.

It All Starts with a BIG Idea

Your Big Idea for your business, your speaking career, and in your writing must be clear and concise. It must be, as Yanik Silver says in his Maverick Business Rules, “Something that you and your team can get in seconds.”

Kennedy adds that your Big Idea should preferably be articulated in just two to eight words. Here are some powerful examples from the past few decades:

As Kennedy concluded, “The difference between fifteen minutes of fame and a decade of dominance is your Big Idea.”

Take the message you are trying to communicate and simplify it. If you can articulate it in a succinct and powerful way, you will ensure a big breakthrough.

This advice is politically incorrect, but accurate. Only you can decide whether it is worth pursuing, but a polarized strategy simplifies the message and solution for the end user. This lets the reader off the hook. They no longer have to think for themselves anymore and can just follow you, their thought leader, like sheep.

Kennedy recommends that you “deliberately divide and conquer by finding a group that feels they are unheard, and then you stand up and speak for them. Tell them that everyone else is wrong.”

You sacrifice being “everything-to-everyone” so that you can connect more strongly with those that want or need to hear your message.

Use this principle wisely and ethically, in the most positive method possible. That’s all I ask.

If you believe the old saying, “A man who stands for nothing will fall for anything” then be sure to pay close attention to this one.

As a thought leader you must stand strong and tall for your chosen and well espoused philosophical principles. I have several clearly communicated rules that guide my life and businesses, including, “Get up earlier and work on one big project before you do anything else,” “Script your day for maximum productivity,” and “Just say NO to cardio,” among others.

You must have the values that you share with your readers on “Program Repeat.”

When I was a youngster in Sunday School, I had to memorize the 10 Commandments, but it was only through Biblical stories demonstrating their application over and over again that the lessons stuck in my head.

Your task as a thought leader is to first clearly and concisely communicate your philosophical principles, then use success stories and dramatic proof to demonstrate these principles over and over again. This way your readers will have the way they are supposed to think and act branded into their brains.

Remember – YOU are the thought leader. You call the shots.

Using the example of Batman, Kennedy recommends using your origin story to explain, “How you came to be.” How did you get to be the expert in this area?

Your background story gives you the moral authority to pronounce yourself as THE expert. For example, perhaps you were once in debt but through trials and tribulations you stumbled across a formula for getting out of debt fast. That’s why today you should be considered a leading expert in helping others do the same.

I’ve written many times before that one of the best business models is the Affinity Model, where you can show your prospects that you were once just like them. You were once in their shoes but then you learned the secrets to success and those changed your life. Now it is your goal to share these secrets with the world. If true, this makes for one of the most powerful marketing foundations for your product or services.

That is how you get others to believe that they can do it too. So tell your origin story (and use the aforementioned Program Repeat principle to tell it every chance that you get).

The Thought Leader’s “Golden Gun” is what really separates them from the pack. “A thought leader needs to be in print a lot…and every thought leader has a book,” Kennedy proclaimed.

A book is the Golden Gun of today’s thought leader.

Even today in the world of social media domination, the power of a real book – not just a digital book published on Kindle – remains the indisputable calling card of a thought leader.

A book wraps up all of the other principles into one powerful weapon. It requires a Big Idea, it uses clearly communicated values to divide and conquer, and it encapsulates your origin story to prove that not only you were able to achieve success, but that your reader can too.

That’s why the power – and allure – of writing a book remains today. Because it works and it matters.

But whether you decide to write your book or not, now is the time to finally get your Big Idea out there and become recognized as your industry’s thought leader. Start driving home your message today by using the tips above and you could very well develop your legacy that will far outlive you.

And let me know when you finally get your Golden Gun.

[Ed. Note. Craig Ballantyne is the author of Financial Independence Monthly, a complete blueprint to helping you take control of your financial future with a web-based business that you can operate from anywhere in the world – including a coffee shop, your kitchen table, or anywhere around the world where there is Internet access. Discover how you can achieve the American Dream and your financial independence here. You’ve never seen anything like this before.]
Posted in Careers, Entrepreneur, Self-Improvement, Skill Development, Wealth and tagged A Leader, craig ballantyne, James Bond, Leader, Mark Ford, The Man With The Golden Gun, Thought Leader, Write Your Book
This error message is only visible to WordPress admins