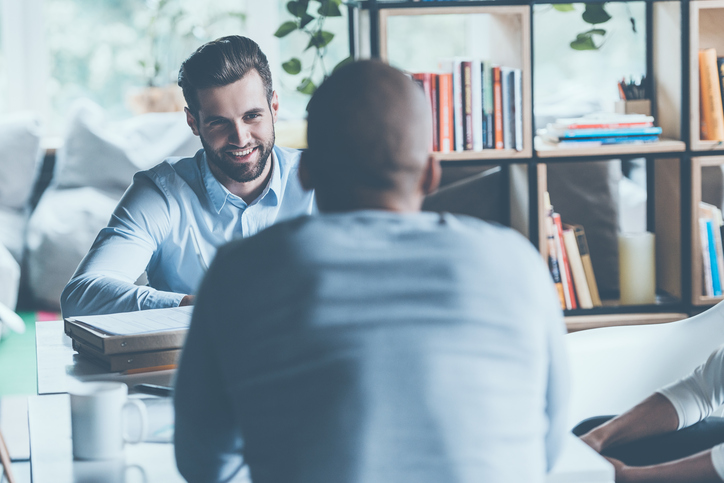 “Negotiating techniques do not work all that well with kids, because in the middle of a negotiation, they will say something completely unrelated such as, ‘You know what? I have a belly button!’ and completely throw you off guard.” – Bo Bennett

The first skill of a good negotiator is to know when to negotiate.

Most of the deals I’ve made in my career have required little or no negotiating. I know what I want out of the arrangement. I find out what the others want by asking. Then I think about how everyone can have what they want, and I usually come up with a mutually beneficial answer. Once you have an answer that appeals to all parties involved, you have the basis for a good and sustainable deal.

But getting to that point often requires a good deal of thought and study, including a lot of attention to detail. You have to know the issue inside and out if you’re going to present a persuasive argument for your side. This includes knowing how your deal is unique and positioning those special characteristics to your advantage.

Richard Shell, a Wharton professor and author of Bargaining for Advantage, makes the case that successful negotiation is 10 percent technique and 90 percent attitude. He says that good negotiating is a mix of competition and cooperation – which means you don’t have to sell your soul to get what you want. I couldn’t agree more. The great negotiators I know are those who can see the big picture. They envision the most promising scenario and take action to bring it into being. They have a keen sense of the potential value to be created and understand how to get it.

For most people, these skills are not natural … but every one of them can be learned. There are many different techniques involved in negotiating. Below are those that have helped me the most. I think they’ll help you, too.

Focus on the full set of interests of all parties. To do this, you must learn as much as possible about who you’re dealing with. This is very important. For example, if you’re going to be negotiating with someone representing a business, pick up company brochures and the latest news articles and trade journal clips about the company. And if you’re negotiating with an entrepreneur, talk to people who have dealt with him before. The idea is to find common ground – deeper issues that both you and the other party can agree on. Those issues will be the basis for your negotiations.

Determine what Nation’s Business magazine called your “bottom-line goal” – the one thing you must come away with. Ask yourself, “If I could walk away from the table with only one thing, what would it be?” That’s your “bottom-line goal.” Do enough thinking here to make sure this goal is realistic and attainable.

SUGGESTED: 5 Skills to Help Anyone Build Wealth (Regardless of Career)

Step 4: Ask Yourself “What’s the Worst That Could Happen?”

A very useful technique for negotiating differences is called BATNA – an acronym for “Best Alternative To a Negotiated Agreement.” The phrase was coined years ago by Roger Fisher, Bill Ury, and Bruce Patton in their book Getting to Yes: Negotiating Agreement Without Giving In. The basic idea of BATNA is to figure out what the consequences would be if you and the other party can’t reach an agreement. This is your worst-case scenario. You then plan out the course of action you would take – your best alternative to a negotiated agreement. Going into negotiations armed with your BATNA will allow you to negotiate strongly without feeling anxious if things aren’t moving forward well.

Step 5: Make Sure You’ve Met the Other Person

Don’t let your first-ever meeting be at the bargaining table. If you don’t know the person or people you’ll be negotiating with, try to set up an initial “get-acquainted” meeting. This step is especially important when there’s a lot riding on the outcome of the negotiation.

Create a negotiating agenda – an outline of the issues that you plan to discuss. It should be flexible and agreed upon by both parties. The agenda is a way of making sure that the negotiations stay on course and that unrelated issues aren’t brought in. I don’t think it’s necessary in all cases – but, again, if there’s a lot at stake, an agenda can certainly help.

Step 7: Watch Out for Biases

Most people involved in negotiations understandably have a built-in bias toward their own position. Harvard Business Review writer James Sebenius says that despite the clear advantages of trying to reconcile deeper interests, most negotiating parties come to the table with a “My gain is your loss” type of thinking. In most situations, however, there is common ground – deeper issues that all parties can agree on. It’s just a matter of finding them.

Keep a level head when tempers flair. Lashing out during any negotiation is a big mistake, even if the other party started it. If the negotiation starts to get heated, the best thing to do is remain polite. Listen. Make it clear that you can be trusted. Acknowledge the other side’s point of view. Then try, if you can, to steer the discussion to smaller, less-important issues that need to be agreed upon. And by all means never, ever get personal. Never make any threats. They’ll come back to haunt you … and you’ll have made an enemy you would have been better off without.

Step 9: Know How to Handle a Deadlock

When you’re deadlocked, buy some time. Take a break. Walk away from the negotiating table for a while and clear your head. Set a time for all parties to return – 15 minutes, an hour, or even later in the week.

The main thing to remember when you’re involved in any type of negotiation (and that includes ordinary, day-to-day negotiations with friends and family): Always keep in mind that the outcome must benefit both parties.