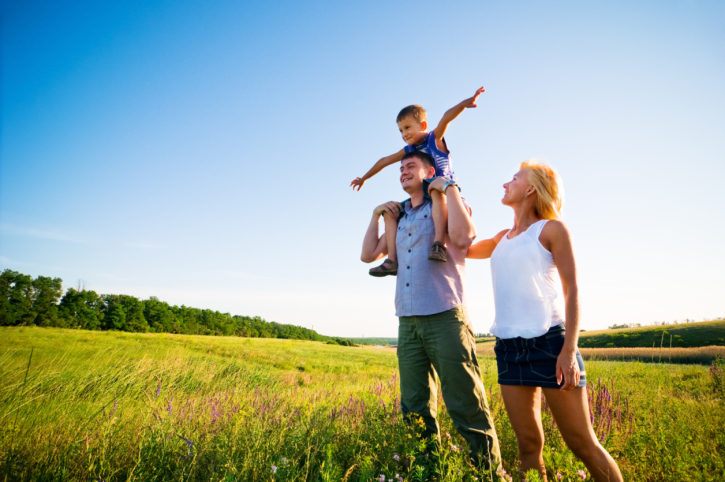 I want to share with you a powerful secret that will help your kids reach their full potential. It doesn’t involve sending them to fancy schools… or signing them up for extracurricular activities. It doesn’t require helping them get a high-powered internship… or sending them overseas to learn a foreign language or volunteer.

The secret I want to share with you doesn’t take any extra time out of your life. Nor does it require any extra commitment – financial or otherwise – from you or them. If you put this secret to use, you’ll go a long way toward creating happy, confident, self-motivated kids. If you fail to put this secret to use, you could inadvertently contribute to them consistently failing to reach their full potential in life.

But before I tell you what the secret is… let me tell you a story about the first time I personally experienced this secret’s power.

In my first career after college, I taught German at a school in the northern suburbs of Chicago. I met Danny when he walked into my second-year class at the start of his sophomore year. The school had placed Danny into level two – the second level from the bottom. This had a big impact on him. He believed the school’s view of him and was resigned to being in what the other kids called “the dumb level.“

But that year Danny got solid “B” grades. Because he was a serious student, I asked him if I could recommend that he be moved up a level for the following year. I told him he would have to work a little harder, but that I was sure he could do it. He looked pleased that I believed in him and agreed.

Danny studied diligently. At the end of the school term he again scored solid “B” grades. Once more I talked with Danny and asked him if he would like me to recommend him for level four – ”the smart level” – for the following year. This time, he grinned broadly and told me he was ready to go for it.

You can probably guess the outcome of Danny’s senior year. He received solid “B” grades. When Danny graduated, he thanked me for believing in him and for giving him the opportunity to accomplish what no one else thought he could.

The Power of Expectations

I was only 25 at the time. I knew nothing about the power of expectations or the principles of self-fulfilling prophecies. I didn’t know there were already well-respected studies showing that if a teacher genuinely believes in the high achievement of a student, he or she will rise to meet that expectation. Or that, conversely, those same studies show that if a teacher believes the student is not capable, the child will come to believe it, too. He will learn slowly, as is expected of him.

In George Bernard Shaw’s play Pygmalion, professor Henry Higgins transformed Eliza Doolittle from a Cockney girl into a well-born lady. At least in speech and manners. But Higgins hardly noticed her except as an object of his experiment. He treated her rudely and never transformed his attitude about her.

Because Higgins continued to see her as a poor girl, Eliza never felt confident. But Freddy Eynsford-Hill saw her as the fair lady she had become. She explained to him, “I know I can be a lady to you because you always treat me as a lady and always will.”

People become what others believe them to be. They achieve what significant people in their lives believe they can achieve.

How to Be a Good Role Model for Your Kids

The phenomenon of the Pygmalion Effect is also true in organizations. The way managers treat subordinates, and what they expect of them, largely determines their performance. It’s also true of families.

What you say to your kids will either help them reach success or knock them down, deflate their self-esteem and foster a lack of confidence. Your attitude toward them will spill into their psyche and influence how they feel about themselves.

Let me give you an example from my own parenting. When my older daughter, Carol, was a child she had a frustratingly slow morning routine. Although her younger sister and I hit the floor running, Carol rolled out of bed and spent her first 10 minutes cuddling with our dog. That put her 10 minutes behind schedule. I could have simply awakened her 10 minutes earlier to give her time to wake up. Instead, I nagged her to hurry, hurry, hurry.

I didn’t realize it then, but Carol’s behavior created an attitude within me that carried over as she grew older. When she was in high school I was constantly on her case about her studies and her school projects. One day, she confronted me. “Mom, why do you always interrogate me about my homework? You know I always do my homework.”

I began to realize that I had subconsciously developed a belief about Carol that she was not productive or conscientious. Neither was true. I am grateful that Carol had the courage to call me on my negative message before too much damage had been done to her self-belief.

It is easy to give our kids the wrong message. We are often frazzled, too busy and not paying attention. When we get stressed, we take it out on those closest to us without realizing the harmful effect it has on them.

When your child spills her milk you might say, “Good grief! You’re such a klutz. You spill your milk at least three times a week.” Hearing the word “klutz,” your child will believe, as you do, that she is one. She is likely to fulfill your expectation by continuing to spill her milk. Better to say, “I know how careful you can be. I know you’ll do better next time.”

When you overhear your teenager gossiping maliciously about another girl in school, you can reprimand her for being mean. She is likely to continue being mean. Or you can say to her, “Honey, it’s not like you to talk about other kids so hurtfully. I know what a kind person you are. That’s not really you.” When she hears what you believe about her, she is more likely to become that person.

In college, when your son parties the night before an exam, and later bemoans his poor grade, you can berate him for being a good-for-nothing and wasting his college tuition. He is likely to take you up on that. Or you can encourage him by reminding him how much you believe in him and his goals for success.

It may sound counterintuitive. But there’s a powerful secret to parenting that will help your kids unlock their full potential. And it will greatly strengthen your family as a result: Your kids will succeed not at the level of their capacity, but at the level they believe their capacity to be. And you play a big role in what their belief is.

This is hugely important, because if kids were to perform at their full potential, then your job as parents would be much easier. You could sit back, relax and watch them grow and develop without thinking too much about your participation. The pressure would be off. Unfortunately, that is not always the case.

Because your children will perform based on how they believe they can perform, we have the ongoing responsibility of helping them shape that belief in themselves.

Even when your kids are grown and have children of their own, you need to encourage and support them. They face challenges every day. And sometimes they fail – just like you and I did at their age. They may be starting their own business… or moving into the family business. They may be going through a rough patch in their marriage. Their kids may be having a difficult time at school. It’s tough out there. Your kids – and your grandkids, if you have them – need to know that someone who cares about them still believes in them.

Creating a positive Pygmalion Effect for your kids will flow over onto future generations as well. When your kids have self-confidence, they choose healthy relationships. They apply for better jobs. They socialize with people who are more self-motivated. Most important, they treat their kids – your grandchildren – with the same respect they have gotten from you. Overall, they are more successful in life. And your family becomes more successful as a result.

Don’t give your kids false hope. Don’t push them into something for which they do not have the talent or skills to succeed.

But do help them see their full potential. Do support a “can do” mentality by letting them know they can face what is coming and achieve what they reach for. Do tell them you believe they will accomplish whatever they set out to do.

Ed Note: Dr. Joanne Stern is the author of the acclaimed book, “Parenting Is a Contact Sport: 8 Ways to Stay Connected to Your Kids for Life,” and is a highly sought after international speaker who has appeared on many popular TV and radio shows. Dr. Stern is also a Family Relationships Strategic Partner with Bonner & Partners Family Office. If you would like to read more about Dr. Joanne Stern click here “

Posted in Family, Health, Lifestyle, Self-Improvement, Wealth
#repost from @motivationmafia With all the hard w