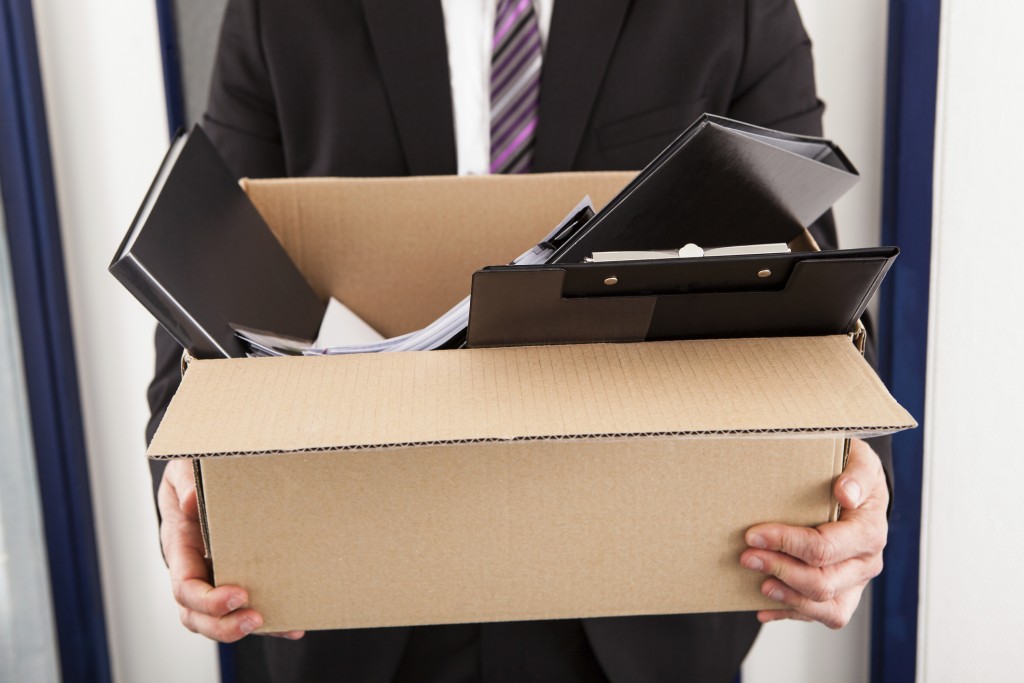 Getting fired is not fun. But getting fired when you think you are doing a good job — that really sucks.

The purpose of today’s message is to alert you to an important danger: Someone at your business may be thinking of letting you go.

In fact, it may be more than one person. It may be two or three powerful, influential people. Maybe even a committee.

Does that seem ridiculous? Even impossible? After all, you are showing up on time, completing your assignments. Maybe you aren’t the boss’s pet or the company superstar, but you are more than earning your income. How could anyone even think of firing you? They should be giving you a raise!

I’ve fired my share of people. It’s never fun. But calling someone into your office who thinks he’s doing a good job, and giving him the “you’re out of here” message—that kind of surprise attack is very painful.

We discuss these “worst-case scenarios” when we encounter bad work, or when our business is suffering.

When those two factors collide—that’s when you get surprise firings.

Forbes magazine did a cover feature on a particularly difficult aspect of this subject (firing senior employees).

The article pointed out that “in the old days,” such a firing meant the employee would go through a period of introspection and planning, followed by another job with a more suitable company… often doing more challenging, better-paid work.

That’s not the case today.

“Get fired when you are in your 50s today,” Forbes warns, “and you can scramble for years—and still find nothing.”

Forbes dubbed this “the cold new world of the prematurely, involuntarily retired.”

Case in point: Bob Miller, 55, an energetic, accomplished senior insurance executive who lost his job in 2003, and hasn’t been able to replace it since. According to the magazine, Miller now passes his time making phone calls, reading, and “mulling over what the hell happened.”

As I said, I’ve fired my share of people—including well-paid, midcareer executives like Bob Miller. When it came time to call them into my office and deliver the news, I was always astonished to see how surprised they were.

No one—save the business owner—is entirely secure in his job.

When the economy turns against your industry, chances are, your company will react. In an attempt to trim the budget, the first thing a CFO will do is take a look at all the well-paid execs and ask, “Who can we do without?”

I just came out of a meeting with one of my clients. The company is doing very well. For several years, it has experienced amazing growth in both revenues and profits. The customer base is expanding, and new products are being created almost every month. Naturally, the employee base has increased.

So, what is the response to all this good news from the top brass?

“We need a nuclear fallout plan,” the CEO announced at the senior strategy meeting. “Things have been going too well lately. Chances are, something will happen. If it does, I want to be prepared.”

With that as the rationale, divisional vice presidents were asked to prepare plans for sustaining a “significant drop in revenue—one that could destroy profits and even set the company into monthly losses.”

The contingency plans were to identify which products and people would be cut. When the lists came in, there were a good number of fairly senior executives deemed expendable.

I don’t think this contingency layoff will occur. Thanks to strategies implemented over the past dozen years, the company is too stable to suffer too badly in an economic slowdown.

But the exercise reminded me that even in good times at good companies, job security isn’t guaranteed.

In fact, I’ll bet at least one of those executives designated as expendable will be dismissed in the coming year. Not because business got bad, but because his boss realized he wasn’t working up to snuff.

That’s something I remember about firing those surprised executives. Although they showed up for work and did their jobs, none of them were star performers.

In all the firings I’ve done (and I’m counting in the dozens, here), I’ve never fired a superstar.

So, that’s one thing that needs to be said. An executive’s best chance of keeping his job, regardless of how well his company is doing, is to rank in the top 10% of the employee base. Not in terms of seniority or salary (in this case, that’s an onus rather than a benefit), but in terms of his reputation for performance… how well he gets the job done.

But being a superstar employee doesn’t give you 100% assurance against dismissal.

There are companies out there that are so screwed up, so political, so disconnected from their business purpose, that they allow really great employees to be fired for personal or political reasons.

If you work for such a company, your good work is no protection for you.

Of course, you shouldn’t be working for such a company anyway, because there is no future in it. It’s better to quit and get another job—even a job with less pay—at a better company. (But, get the new job before you quit your current one. When it comes to your livelihood, discretion is always the better part of valor.)

Take the following quiz. Each “yes” answer is worth one point.

If you scored a perfect 5, you have nothing to worry about.

If your score was 3 or 4, you are probably okay. But get to work on improving the areas you are currently just “okay” at.

If you scored less than 2, you need to be concerned. Although you may be satisfied with your efforts and output, it’s quite possible your boss is not.

The best way to find out is to schedule a personal interview (over lunch or coffee) and ask a series of questions that are nonthreatening (yes, bosses can feel threatened), such as:

If there are several people—influential and powerful people—at your workplace who would indulge you in such an interview, you’ll find out all you need to know.

Whatever you do, don’t argue.

Accept the implied criticism graciously, and thank them sincerely. They have taken their time to help you achieve your goals. You should be grateful.

I have written on the subject of making yourself a better employee many times in the past. It’s also a key part of one of my books, Automatic Wealth. Any work you do to improve yourself as an employee will also improve your basic business skills—the ones you’ll need later on to run your own home-based startup business.

The basic steps toward making yourself invaluable to your company are:

And remember: It takes 1,000 hours (less 25% or 30%, if you have a good mentor) to become competent at a complex skill. That means you can make yourself a valuable employee by devoting 20 weeks or less of your full-time attention to it. Twenty weeks is only five months. That’s not a lot of time to invest in your future.

I’ve been fired once, when I was working as a waiter at Scotty’s restaurant in Rockville Centre, New York. I still feel a twinge remembering the shock and humiliation when Scotty sat me down and said, “Son, I’ve got to let ye go.”

I promised myself that wouldn’t happen a second time.

Develop your financially valuable skills so you’ll have job security until the day you can afford to walk away happy. Those same skills that will keep you safe now will make it easier for you to develop your own profitable business in the future.