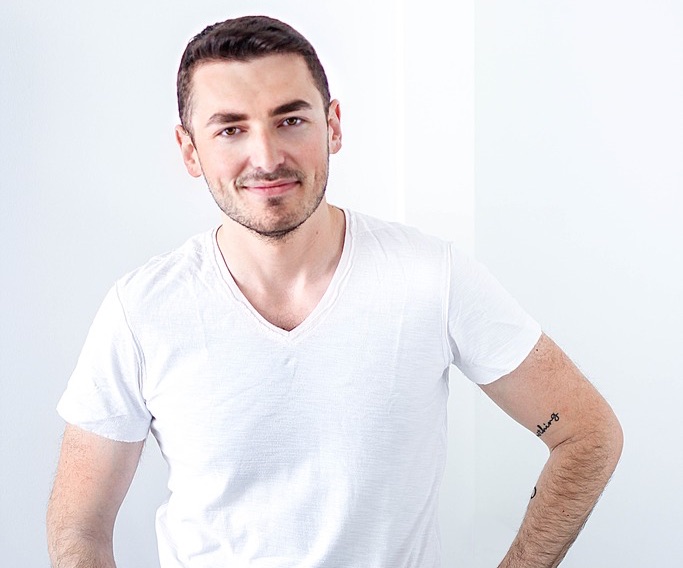 I suck at investing. At the ripe age of 29, after building a 7-figure Internet business, my investing portfolio comes down to one real estate property. It’s a three-bedroom apartment in the heart of the hick town I live in. I bought it with cash for my parents so they don’t have to worry about rent for the rest of their lives.

For almost my entire adult life, I’ve been afraid to invest. I was obsessed with learning how to make money rather than keeping it. So allow me to be perfectly straight with you—I’m not cut out to give you investing advice.

I don’t know what stock is going to shoot up next week. I don’t know which real estate market is going to drop this year. I’m not into commodity trading. And after dabbling with BitCoin, I decided decentralized currency isn’t my cup of tea.

Yet, I’ve done exceptionally well financially so far in my life. Mostly thanks to my business.

A little backstory: My family is from the Ukraine, but we moved to the Middle East when I was a kid. My dad’s health problems led to a series of medical procedures, which prevented him from finding decent-paying work. The fact he didn’t speak the language—and refused to learn—didn’t help. So, things were rough.

So, I decided to start a business out of my bedroom in a rented apartment where I lived with my parents until I turned 21. I launched with $200 I borrowed from my grandparents. I had no ongoing funding that could shield me from error. Banks wouldn’t even talk to me. I grew my operation from the ground up by reinvesting my earnings, taking out as little as possible for food and bills, and being smart about my expenses.

Here are four things I learned about building a business on a lean budget (and sometimes with no budget at all). You’ll find this actionable advice useful if you’re already in business for yourself or just thinking about starting one.

1. Create a Second Income Stream to Fund Your New Business by Freelancing

Several years ago, I coached people through the launch of a 6-figure advertising agency. During our discovery calls, I always asked potential students what they believed was the #1 challenge keeping them from successfully starting this kind of business. Nine out of 10 would always say, “Money!”

Most people who go into business for themselves do it to either not have a boss or to put an end to personal poverty. That means that when they start out, most people don’t have much money to invest. That’s a problem, because even though the Internet has a ton of resources—many of which you can either get for free or buy for less than $10 a month—you still need (at least) several thousand dollars to get going.

Not having start-up cash severely limits you. It slows you down. It turns an already difficult process of starting a business into a struggle.

Where do you get funding without borrowing money from banks or racking up credit card debt? Simple. You trade your time for money by becoming a freelancer.

The world is full of successful business owners who value their time and freedom over money. They’re willing to pay generously to anyone who can reliably accomplish tasks they need done but don’t want to do themselves.

Sites like UpWork, Freelancer, and Fiverr offer opportunities to make fast money by accomplishing small jobs for others without contracts or commitments that may clash with your job.

It’s truly the easiest and fastest way to fund your new business without risk.

Early to Rise is also a great place to learn the skills necessary for freelance side-hustling. Check out our online copywriting course by clicking here.

While my peers invested thousands of dollars in designing websites and coding software, I reinvested almost everything I’ve made into these two resources.

First, I made a habit to buy books, seminars, and coaching.

Early on, it was clear to me that while my business may have tanked at any moment, my skills and experience were going to carry me until my last breath.

Books are a low-cost investment that yields a high ROI. They often cost less than $10, yet the knowledge can make you millions.

Seminars are more expensive. You can learn what you need from books. Books are faster, cheaper, and don’t require you to travel. But seminars are great for networking. The more your business grows, the more
it becomes about who you know and not what you know. As soon as you can afford it, make a habit to get out to events at least once a year.

Coaching is by far the most expensive resource of the three. I’ve spent over $400,000 on coaching so far. Seems unreasonable, I know. But without it, I’d probably still be stuck making $3,000 per month.

Why? Because when you’re stuck in the frame, you can’t see the picture. You always need a fresh pair of eyes and a cool head to look at what you’re doing from a bird’s eyeview and point out your blind spots.

Second, I put at least half of the money I was making back in growing my business through paid advertising. If you can’t spend a dollar to get a customer, you don’t have a business. You can’t grow your business. You probably can’t even sustain it when (if) disaster strikes.

I’ve thrived because I mastered the advertising game. I was willing to give up immediate profits in favor of long-term growth. I acquired customers at a loss when others chased “today money.”

Books are a low-cost investment that yields a high ROI. They often cost less than $10, yet the knowledge can make you millions.

3. Know When To Quit Your Day Job

After eight months of hard work, I finally made $121 in a single day with my business. I triumphed. I walked on cloud nine. I was finally getting results.

The next day, when I showed up for work, my boss scolded me for something that wasn’t my fault. I was upset with him and felt so confident about my money-making potential that I quit right there.

I walked away from the only source of income I had with nothing but the hope that I would start making big money.

I was wrong. I struggled to produce a sale for the next six months. I barricaded myself in my room and worked 14 hours straight each day—but still nothing.

Eventually, I had to drag myself to my old boss and beg for my job back. I was only able to quit a year later, when I made just enough to cover my bills.

Don’t walk away from your day job until you’ve doubled the money you make there. This way, when you’re ready to fly solo, you’ll be able to comfortably reinvest the revenues back into your business without worrying about bills.

As soon as you quit your day job, systematize and outsource time-consuming tasks at the bottom of the money pyramid.

The money pyramid for a small business owner helps determine where you should invest your time/energy based on returns. All the low-income activities are located at the bottom—these are the activities that are most time-consuming, yet produce little to no monetary return.

As a business owner, you’ll grow faster by putting more time into high-income activities. These activities are less time consuming and produce more ROI and leverage for you and your business.

Small business owners tend to hold onto the activities they’re used to doing because they start out a one-person operation. They are usually great at doing these things. Some are masters.

However, as soon as they go full time, this becomes their Achilles heel. The skill that allowed them to quit their job becomes the ball and chain that keeps them locked in a cage. They find themselves working harder each day while their income remains the same.

At this stage, they have to make a transition from working in their business to working on their business. Many small business owners fail to recognize this truth and suffer the same depressing fate.

They start out with dreams of glamour and grandeur, but soon settle into a sluggish routine. This often lasts for years, if not decades, until they give up, sell the business, and find another job.

Ironically, they could have rewritten this ending by simply letting go of the low-income activities and spending more time on creating leverage in their business.

For specific application on how to do that, read Michael Gerber’s E-Myth.

It’s been nine years since I started my business, and almost seven since I quit my day job and became self-employed. During this time, I thought of quitting at least a couple thousand times.

Often, I asked myself if it’s worth the headaches. And every time I conclude the same thing: Yes, it is worth it!

Yes, starting your own business is hard. It’s probably the hardest thing you’ll ever do. Your character will be tested. Your mental capacity will be maxed out. You’ll be pushed outside your comfort zone. You’ll have to take risks. You’ll have to jump off a cliff without a parachute and build a plan on the way down.

But whatever you have to do, it’s all worth it. It’s worth all the sweat, blood, and tears you’ll spill.

Why? Because you can’t put a price tag on freedom.

KEEP READING: The 10+ Tools You Need to Start a Successful Business

Igor Kheifets is a successful advertising guru and the owner of Solo Ads, a highly scalable pay-per-click traffic source.