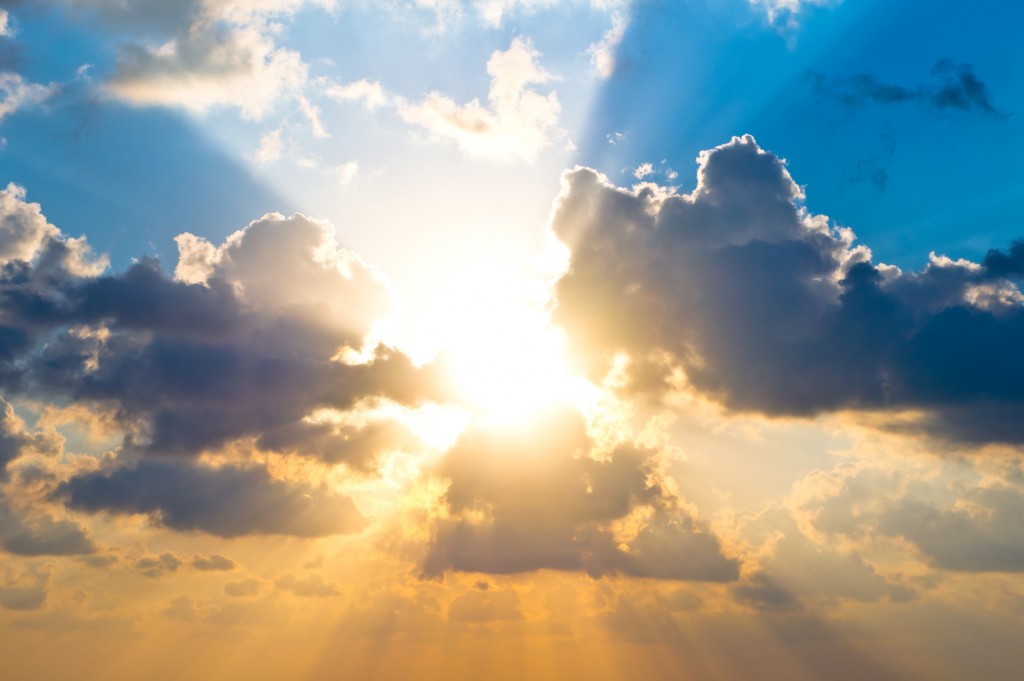 It began as a gloomy, hectic, downright downer of a Wednesday workday.

Just over twelve hours earlier on Tuesday afternoon I had wrapped up a disappointing business call. An important project had taken an unexpected detour and seemed like our progress at Early To Rise would be set back for months. It really knocked the wind out of my sails.

Try as I might to shake this feeling, my ennui remained with me the next morning. To add to my exasperation, my schedule had been filled with appointments rather than writing time, a casualty of my constant travel schedule that had kept me out of Toronto – and allowed a pile of miscellaneous errands to build up – for the past three weeks. I was running around but felt like I was spinning my wheels. I’m sure you know the feeling.

Just when I was about to write-off the day, a magical phone call turned it around. Dare I say it even turned my week, and perhaps even my month, around?

After hours of line-ups at the bank and appointments, I parked my car on a green, leafy street in Toronto near its beautiful High Park, and dialed into a conference call number. It was time for a coaching session with my favorite (and most successful) client and her business partner. Let’s call them Sally and Hank.

Hearing Sally’s voice brought a smile to my face. Things were already starting to get better. But it was the help I could deliver to them that would really make my day.

Sally and Hank were dealing with “more money, more problems” in their rapidly growing business. The more revenue they generated, the more they were tempted to – and often did – take that money and add employees, invest in side projects, and fill office space, even though none of these directly contributed to the financial health of the business. Sally and Hank found themselves overwhelmed by the monster they had created.

My clients are two of the most generous, helping, and value-adding people that I know. Yet the truth is that Sally and Hank are out of their league when it comes to growing a multi-million dollar business and the team that comes with it. This is all new to them. As a result, a complex business has been built where a simple solution would have done the job just as well, but with less stress.

Adding more employees not only increased their expenses but it also dramatically elevated the amount of time required to manage these new hires. Almost all of this responsibility fell on Hank’s shoulders and it was getting to a point where something was going to give – either his work performance or his health. Hank had set no boundaries and was paying the price for it. As Sally exclaimed with exasperation, “You don’t even get a lunch break!”

We were deeply concerned about the enormous stress and pressure that had been heaped upon Hank. Something had to be done. He needed help.

This was my cue to come to the rescue and show Hank how to implement my time and energy management secrets along with my goal-setting and priority organization systems. These solutions would simplify his life.

“Sounds like me”, you might be thinking about your work or even family responsibilities. If you can relate to Hank, then you’ll appreciate how we fixed the situation.

I started softly, first by explaining to them how the President of the company has the authority to schedule his own lunch break. We set boundaries on how employees could contact him, and implemented a chain of command so that not every decision required his feedback.

Then we reviewed their business priorities. Did it really matter to the business how many “Likes” they were getting on Facebook? Could they directly track sales from participation in social media? No, they replied, and so I had them table this project for a month. No new resources would be devoted to it, and Hank was no longer permitted to put any of his time or energy into meetings about social media. “Just make sure you have a team member from your Customer Satisfaction Department answering any questions that come up on those sites and leave it at that,” I instructed.

We made similar adjustments to other non-essential projects that somehow Hank and his team had gotten mired into. It’s really amazing how a successful business can spin out of control when it starts chasing every shiny new object.

Hank was slowly getting it. We systematized his day and freed up his time and energy. Next, I pointed out that they’ve never hired anyone smarter than them in their company and that all this stress was from trying to do everything himself. I challenged them to stop adding many junior team members and instead focus on finding a senior team member to help in the areas of finance or marketing. This would be another big step in freeing up Hank’s time and energy.

As we came to the top of the hour and time to wrap up our call, I gave them their marching orders.

Second, they’d identify the top key employee that they needed to add. This one key hire should make a huge difference in their business.

Finally, I recommended Sally and Hank improve top-down communication within their team through a weekly team e-mail newsletter (much like the one I write to our Early To Rise team every Wednesday afternoon). The team newsletter will explain the company’s vision, monitor the company’s progress, and recognize employees that go above and beyond the call of duty. It will even highlight – rather than hiding – areas of concern in the business.

By implementing a weekly message to their team, Hank will further reduce the amount of drama amongst his team. Much of the stress and pressure in many work places can be avoided with greater transparency from the top down. Junior team members need to know where the company is heading, and why decisions are being made. No one wants to be left in the dark.

Furthermore, by showing the team where it is going and even where it is hurting, it will bring out the best in their ability. Just as I want to help Hank and Sally, so do their employees. At the end of the day, people want to help people. If their employees knew what Sally and Hank needed, they’d go out of their way to deliver it.

People want to help people. We are driven to do this. It makes us feel good. As my of favorite virtual mentors, Frank McKinney once said, “You cannot brighten another person’s path without lighting your own.”

The secret to success in life is that simple. Help others. Add value to their life.

As Corey Anton writes in his book, Sources of Significance, “People need to sense that they have not squandered nor trivialized the very gift of their lives. They need to believe that they have something to give as well as feel that they have, in fact, adequately given. People’s lives gain significance not by being provided for nor by securing material comforts, but rather, when individuals are called to sacrifice self and talents for something beautiful, grand, or noble.”

Or more simply, as our mentor Zig Ziglar taught us, “You’ll get all that you want in life if you help others get what they want.”

You see, it’s not all about us. It never was. It never will be. It’s about helping others. When I let myself get absorbed in my schedule, my inconveniences, and my happiness, the chase for satisfaction became elusive. It wasn’t until I concentrated on helping others, on adding value to the world, on solving problems, and clearly communicating solutions to other people, that I found what I was looking for.

It was a golden hour. Sally and Hank experienced big breakthroughs. We delivered clarity to their future, and most important, we helped alleviate the stress and strain that had been wearing down Hank. And it also brightened my day.

Helping them helped me.

As the call ended and I stepped out of my car to run yet another errand, the clouds parted and a warm ray of spring sunshine fell down upon me. I rushed to my next appointment with a smile on my face, one that stayed there for the rest of the afternoon, and even the remainder of the week. Helping others helped me. It works every time.

And that will work for you too. It’s so easy. Just help as many people as you can. Start today.

[Ed. Note: Craig Ballantyne is the author of Financial Independence Monthly, a complete blueprint to helping you take control of your financial future with a web-based business that you can operate from anywhere in the world – including a coffee shop, your kitchen table, or anywhere around the world where there is Internet access. Discover how you can achieve the American Dream and your financial independence here. You’ve never seen anything like this before.]
Posted in Careers, Entrepreneur, Motivation, Self-Improvement, Skill Development, Wealth
This error message is only visible to WordPress admins