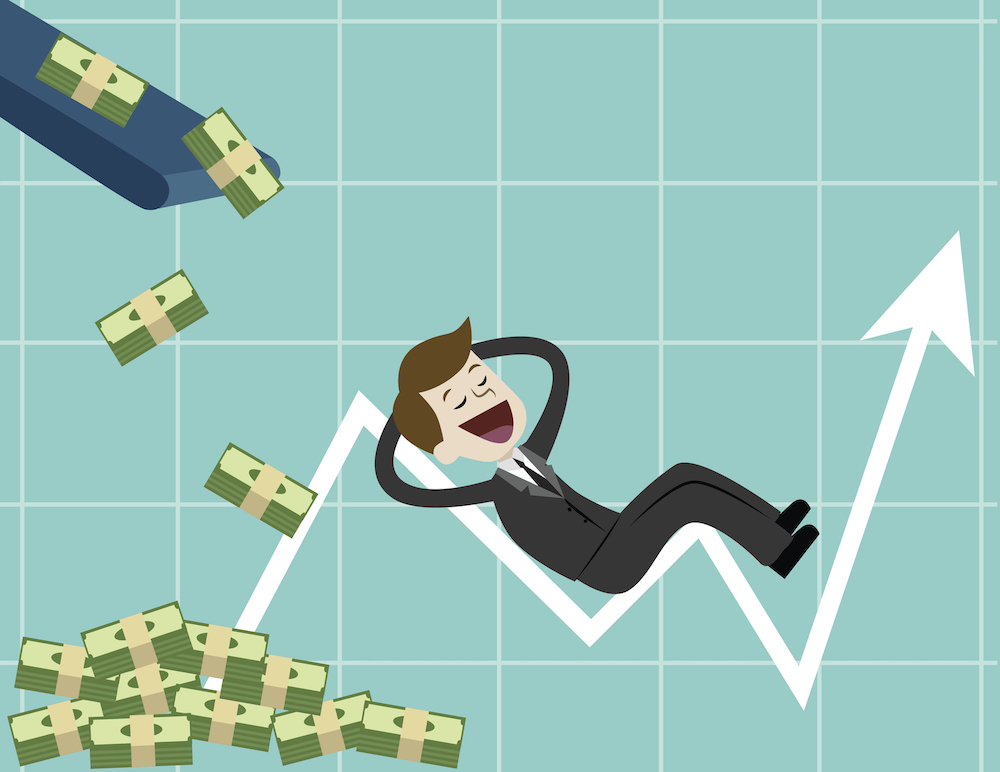 My life changed dramatically and immediately when, in 1982, I decided to make “getting rich” my number one goal.

Within a few weeks of that decision, I convinced my boss to raise my compensation from $35,000 to $75,000. A year later, I was a bona-fide millionaire.

My status changed too — from just another good employee to a junior partner and employer of hundreds. This made me more confident. And that confidence had a noticeable effect on everyone I dealt with.

They took my opinions more seriously. They gave me more respect. Most memorably, my lifestyle changed.

Instead of eking out a modest living, paycheck to paycheck, I was able to buy a car without asking how much it cost.

But making this change happen had two negative consequences I didn’t intend or foresee:

1. I gave up thousands of hours of good times with friends and family.

When I set that goal, I knew there were more important things in life than money. But I suspected that I would be more likely to achieve it if I made it my number one priority. That turned out to be terribly true. There is an enormous power that comes from saying “I will put this goal above all others.”

It is impossible to understand that power until you have experienced it.

Most people won’t even dare to try. And maybe that is because most people have more sense than I had back then.

I didn’t recognize how monomaniacal I would become. I didn’t anticipate how willing I would be to put my family second. Most of all, I didn’t realize that I would be making some ethical concessions along the way.

When my partner and I were accused of misleading advertising, I was actually shocked. All of our copy had been run by lawyers. It was accurate to the letter of the law.

How could they call it misleading?

Because some of it was.

I had talked myself into accepting an exaggeration here and there.

Individually, they didn’t amount to much — but strung together, they manifested themselves in advertising copy that was just plain over the line.

Not all of it. Eighty percent of the stuff we did was very straightforward. But that 20 percent got us into trouble.

I regret the compromises I made every time I think about it. So now, when I look back on my decision to make “getting rich” my number one goal, I feel that it was a big mistake.

In the 30 years that have passed since then, I have continued to make plenty of money. But I’ve done it without sacrificing other important goals.

Knowing what I know now about making money, it’s easy to see that I could have made the millions I made — and plenty more — without neglecting my family or getting into trouble with regulators.

And that is what I want to talk about today: how you can set moneymaking goals — even very ambitious ones — without sacrificing any of your other goals or doing something you will regret.

Let’s start with this…

The most significant positive result of having “getting rich” as my number one goal was that it made all my subsequent business decisions easy.

Prior to that, I was never entirely sure if I was making the right call.

Faced with multiple options, I could see some merit in just about all of them. I’d force myself to pick one… and then worry that it might have been the wrong one.

But once I had established my priority, there was no uncertainty or self-doubt. I’d listen to a question or problem and ask myself, “What solution would give me the best return in terms of money?”

Suddenly, complicated problems were simple to resolve, and difficult questions were easily answered. In a matter of a few months, I was transformed into a marketer who was considered “brilliant” at coming up with product and advertising ideas.

And after that, it got better… Much better.

So that’s what’s good about making wealth building your priority.

It will give you laser-sharp focus. And it will make it easy to make profitable decisions.

If you are starting a business now, you may be thinking, “Hey, it’s tough to build a successful business. I’m willing to make the trade-offs you made.”

But you don’t have to. You can enjoy the immense power of making wealth your number one goal so long as you don’t make the two mistakes I made:

1. I was too short-term-oriented.

2. I ignored my instincts about quality.

My partner and I were always going after the “short money,” as he called it.

The short money was the profits you could garner over a matter of weeks or months. We never thought about the long-term development of our business. It was there to make us money as fast as it possibly could.

We didn’t have long-term plans. We just didn’t think that way.

After I retired and came back into business as a consultant, I decided to work only with clients who had long-term ambitions. My first (and eventually biggest) client had absolutely no interest in short-term profits.

He was focused on building a business that he could pass on to his children. He lived frugally and took a small salary. When profits were made, 90 percent of them were routinely plowed back into the business for future growth.

That made a huge difference.

Key employees understood the company’s philosophy on profits and had to be in agreement with them or find another job. Instead of asking, “Which decision will give us the quickest return?” they asked, “What will make us a stronger company five years from now?”

This long-term orientation automatically prevented my client from making the second big mistake I had made. Because there is only one way to ensure long-term profitability — and that is to produce quality products that customers are happy to keep buying, year after year.

Everyone in business gives lip service to quality, but few are willing to invest time and money to achieve it.

Those who do get the golden goose — a business that produces profits more easily as time goes on. Those who don’t are condemned to keep running like hamsters in a cage for their profits… until they either drop dead of a heart attack or get exposed as the hacks they are.

So if you want to make wealth building your number one goal, go for it.

But make sure you go after that wealth with a long-range view of making profits and a serious commitment to creating good products.

If you do it that way, it will be a little tougher at first.

You will have to spend more money im­proving your products, and you’ll have to wait a little longer for them to be produced. But in the long run, you’ll make more money and you will be because your customers will stay with you and reward you with continued buying.

I was talking to “Eliza” yesterday about her career.

She was considering a job offer that would double her income and put her on a rapid road to wealth. “I am tempted to take the job,” she told me, “but I don’t want to make money the center of my life. I want to do good for people.”

Had she said this to me many years ago, I would have told her to get real.

Now, I realized that she’s right. She should never make the pursuit of money her primary objective. She should be in a business that she wants to be in.

She should sell products she’s proud of selling. She should find some way to make her business interests coincide with her personal ethics and dreams.

“Yes,” I said to Eliza, “make the good you can do for people your primary goal. But pay attention to the money as well, because it will be the best and simplest way to measure the financial health of your business.”

You should be in business to provide people with something of value. If you conduct your business correctly and offer them a good deal — and if the product you sell is something they really want — you’ll make plenty of money.

One business acquaintance of mine put it this way: “Money is a result, not a cause. If you get into business solely for the money, chances are you will never be great at what you’re doing.”

That’s why so many people fail at network-marketing businesses. They’re attracted by the promise of big profits. But then they realize they have to sell soap or vitamins or lotions or whatever, and they don’t want to do that.

Get into a business you like, learn it thoroughly, and do it right. The money will come automatically.

I’ve heard the same thing said by professional athletes. The guys who do it right — who have long careers — think in terms of long-term success. They are always practicing to improve their game.

They are always interested in learning new skills. They are happy to make as much money as they can, but they know that their lifetime wealth depends on how many years of income they can enjoy, not on how much money they can make in any single year.

Michael Jordan is a great example. Tiger Woods was too. And you’d have to include Agassi and the Williams sisters in that group. There are many athletes who have a short streak of high earnings, but only a handful who enjoy long, profitable careers.

In the world of entertainment, I think of Oprah Winfrey and Howard Stern (an unlikely pairing, I grant you). And Johnny Carson and David Letterman.

These wealth builders must have put “making lots of money” on top of their priority lists, but they always thought in terms of the long run, and they constantly strove to be better at what they did.

They worked tirelessly because they wanted to be the best. And in being the best, they earned amazing amounts of money. The money was the result, not the cause.

The moral of the story (if you don’t mind hearing it from a reformed sinner) is that money isn’t the root of all evil, but the love of money is. Don’t love money. Love the idea of building a good business that will last.

Love the good that your business does — the value it brings to your customers and the quality of life it affords your employees.

Cherish the unsolicited testimonials you get from your customers, your vendors, and your subcontractors.

Enjoy the thought that one day you may be able to hand over your business to a child or grandchild or a protege you care about.

See money for what it is — a neutral indicator of how good your business is at doing what it does, at fulfilling the promises it makes and keeping its customers engaged. If the value you provide is worth the money you get for it, people will buy what you’re selling. The better the value you give, the more money you will get.