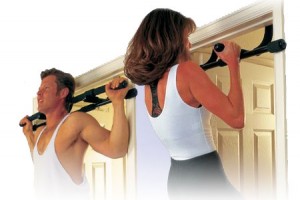 As someone who strives to continually push the fat loss envelope, a walk into Jason Ferruggia’s The Renegade Gym quickly reveals the plethora of NON-Traditional strength training exercises he uses to help his clients get results. Exercises like battling ropes, prowlers, and farmers walk implements.

So, if you missed part 3 where Ferruggia filled us in on these and other similarly unusual exercises, then I highly recommend you go back and have a read. Interesting stuff!

Now for today, let’s have a look at Ferruggia’s take on the differences between males and females in the gym.  For example, who of the two does he think learns faster, what about rest times, and then how he would design programs to accommodate each of these differences.

Let’s find out what he has to say…

Craig Ballantyne: When I was at your gym, it was like everybody came in and you had guys and girls, we’ll talk about that in a second, but you kind of have a main lift, then a bunch of assistants kind of in a superset, then kind of conditioning at the end.

Is that how the majority of your workouts might be going down at the gym?

Jason Ferruggia: Yes, pretty much. Some of the guys if they’re training for speed and power they’ll do a jump at the end. I’m a BIG fan of jumps. They’re easier to teach than Olympic lifts, so we’ll do a wide variety of jumps.

I have some padded pile boxes that I got in recently that are better than the regular boxes just because I had a couple incidents, which is never fun where someone missed the box jump and kind of got their knee scraped up. So, I said, “I’ve got to get some padded boxes.” Those are a great new addition.

We’ll do box jumps, we’ll do broad jumps, we’ll do vertical jumps, we’ll do kneeling jumps. We usually start one or two days a week with one of those. People are in training, so I’ll start with some kind of big lift, and then we’ll go into a circuit.

Bill Star used to do his program, which was clean, squats, and bench press in a circuit fashion for five reps. We might do something

like that, which is still strength, but you’re working in a circuit fashion. The rest periods are a little bit lower, so you’re still getting a conditioning effect.

It’s more effective when you have large groups to keep moving, you can’t keep on one exercise, otherwise the workout will take three hours. Then, like I said, we’ll have our conditioning finisher. Some of the skinny guys will sit out the conditioning finisher. I might just have them go in the corner and do neck or something like that, because they don’t need to condition.

Craig Ballantyne: Right on. Walk us through it, 4:00 or 4:30 people start showing up and you’ve got guys and girls. How does it all go down from there?

Jason Ferruggia: Everyone gets there early, which is great. I love, like I said, the family atmosphere. Someone gets there and they’re kind of catching up. I REQUIRE everyone to foam roll before and some people need to stretch out their hamstrings or their hip flexors before.

I guess that’s all we really accept, they’re the only kind of people we attract. So, they do the necessary stuff and then everyone gets together and does the warm ups.

It’s not the best system right now. We have TWO different workouts going on at once usually, but we have people there other than me helping out training people. There will be one group, like I said, doing more of a FAT LOSS conditioning workout, and one group that’s doing more of a SIZE and STRENGTH power workout.

I try to start to start everyone on the same main list so there’s a lot of comradery and competition on that. Then they’ll just break off into their different stuff. The workouts are pretty similar, but the more conditioning based ones will have a few more exercises in them, the higher reps, and a little lower rest period.

Then what type of women you attract to the gym, like you said, the people that you attract and that you keep and the results of some of these girls you’re getting.

Jason Ferruggia: Mostly the mainstream has BRAINWASHED girls to believe that they can only use three pound dumbbells and they have to do 50 reps a set. Obviously, we don’t do that at all. I’ve instilled the importance of getting strong in everyone that comes to the gym.

It seems weird, because I didn’t think there would be that many females that were that into it, but we do have a decent number of girls who really do enjoy it. More than anything else they enjoy watching their numbers go up. They like to see their squats and their dead lifts go up, and they get excited. Chin ups, they love to do more chin ups. 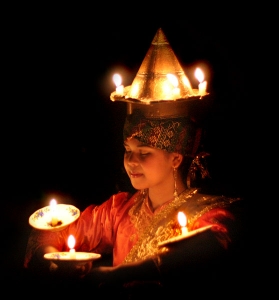 I’ve found that those three lifts, and I like to see their pushups and their pistol squats actually go up, because I find that GIRLS are MORE coordinated and athletic. A lot of times with certain lifts guys take longer, which is hard to believe, but it always holds true.

I could teach a girl how to do a perfect Olympic lift in less time. Maybe it’s just the girls that I have, but most of them they learn very quickly and they can do things. They can do pistol squats more effectively than guys can.

Like I said, the difference with girls and guys is the girls do like to keep moving, whereas I might want to rest 90 seconds between a set.

Girls like to always keep moving, so we keep the rest periods short. That’s another reason to keep the circuits three or four exercises in a row, because at least they get a rest between certain exercises. So, from upper body to lower body do an ab exercise and then back.

They like to keep moving, they like to break a sweat. You or I could go in and train and just do a couple sets of squats and not be breathing that heavy and say it was a great workout. Girls don’t like that. So, I do have to make sure they are breathing heavy, they are moving all the time, they break a sweat. Those are the kind of differences that we do have with the girls.

Jen, my fiancé helps out. She trains them, I train the guys, but I’m always there overseeing everything. I write the programs and I do oversee things, but that’s pretty much the difference and how I work with females.

Craig Ballantyne: What are some of the numbers some of the girls are putting up for chin ups, squats, or pushups? Exercises that people can do at home that they can compare themselves to if they’re really advanced women.

Jason Ferruggia: Most of the girls are squatting 135, which is pretty good for an average female. These girls have no weight training background, squatting 135. I have a couple squatting over 185, which I think is really good. Obviously, they’re not competitive lifters or anything. For the average girl I think that’s great.

Jason Ferruggia: Yes. Quite a few of them can do sets of ten pistol squats, which is very impressive, because most average guys can’t do one.

Okay, so now let’s take a look at the nutrition side of building muscle.  In part 5, Ferroggia shares both what he personally eats and what he has his clients eating.