If you’re a personal trainer looking to build your customer base, then you’ll definitely want to check out Tony Horton’s advice from part 5 of the interview.

Today, in part 6 of my interview with P90X creator, Tony Horton, we’ll switch gears a little bit and see what advice he has for us in terms of diet and  nutrition.

Craig Ballantyne:    So let’s turn the interview on its head a little bit and now talk about some nutrition tips.  What are your basic –what’s your basic nutrition foundation for fat loss and more energy every day?

Tony Horton: I’m not a nutritionist, so I’m not an expert, but I can tell you what I – what works.

I mean, I’m – and there’s one girl, Julianne.  We have this contest at Beachbody every year, and we give – every month we give one woman and one man 1,000.00 bucks for their story.  And we – this one girl – I met her at the shoot. And she –her results were so incredible that we invited her to come and shoot a – to be in the infomercial.

And I walk in; I don’t know her story, because there are thousands of them.  There are thousands of people who have lost a bunch of weight. She lost about 110 pounds at that point. And so I walk on the set, and I see her.  And there is answer to your question here, I swear.

I think she’s one of the hired models…

…’cause sometimes they’ll sprinkle in models with folks that have had the results of the program.

And she pulls out this “before” picture, and she is now half her body weight from before. Here’s a gal who couldn’t do a single push-up.  She did Power 90 three times in a row, and then she did P90X three times in a row.  So that’s when I met her, after all those months of doing Power 90 and P90X.

…”From there I went to fruits, vegetables, whole grains, and lean protein, and healthy fat.” And she said, “I was just – I      just felt so – it just made perfect sense.”

I mean, that’s what I tell people.  I say, “When it comes to your food, I can sit here and I can tell you how many calories to count; I can tell you percentages, why, like, 40-30-30 – why that works.”  I said, “P90X, it has three tiers of a nutrition plan.  The first month is heavy on protein; the last month is heavier on complex carbohydrates because of the shift in your metabolism and blah, blah, blah.”

I said, “But here’s what – if you really want to make it easy, stop eating crap and start eating healthy food. There you go, in a sentence – done,” you know, because your body knows how to metabolize and feel full, and it gives you the energy.

Obviously a certain amount of supplements are important, depending – especially if you’re exercising six days a week.  Sometimes the food that we eat doesn’t have the nutrients that we need to help our body recover and get ready for the next day.  So, I mean, that’s been my philosophy.

I haven’t counted a calorie in 25 years.

I’ve never counted a calorie in my life.  I don’t know how much – I just don’t – I eat five to six small meals a day.  I do my protein shake.  And I eat fruits, vegetables, whole grains, lean protein, and healthy fats.  And then that’s 90 percent of the time.

So it’s about having discipline. 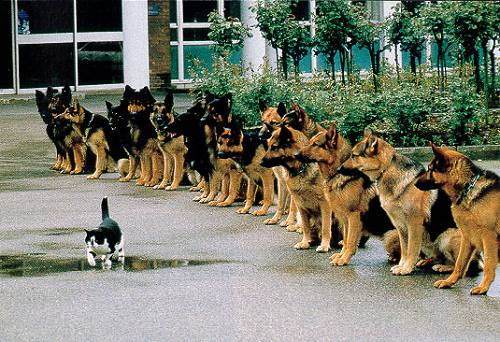 It’s ’cause of the crap.

It’s ’cause of the processed food.

It’s ’cause of the lack of activity.

Our – my grand – great-grandparents – there are hundreds and hundreds of photographs of people.  Not one of them overweight.  What’s that telling you?  Did they have nutritionists?  Were they counting calories?  No.  No, they were not.  They were not sitting in front of a box that had pretty pictures and words in front of them all day long.

The average American sits in front of either an iPhone or a laptop or a computer or a television eight hours a day.  Eight.  It’s very hard to be physically active when you’re staring at a rectangle or square with stuff on it.  You can’t do it.

And it’s that simple.  I mean, I – I mean, all nutritionists say, “Well, it’s a lot more complicated than that, Tony,” and “You don’t understand,” and “Certain people have, you know, certain – ”  Okay, well, I don’t know where they got it from, because 50 years ago, it didn’t exist, and now it does, because behaviorally we’re eating food that we can’t digest, food that is messing with our hippocampus and our digestive systems.

To discover the rest of Tony Horton’s fat burning advice:

I promise you’ll learn a lot to help you lose belly fat.