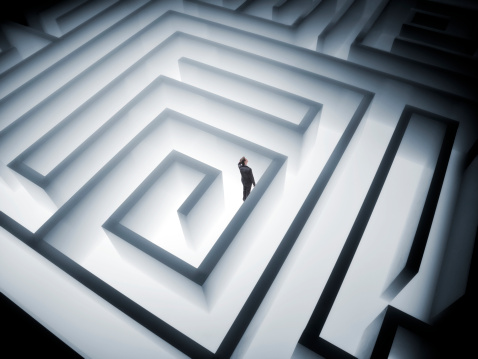 Do you ever think that the couple next door has a happier marriage than you and your spouse do?

Do you ever compare the trouble your kids are having to the perfectly behaved kids down the street?

It’s human nature to compare yourself to others. This is especially true in accomplished, affluent families. Wealthy families are often driven to be the best. After all, it is this striving for excellence that brought you success in the first place.

But the comparison game is a trap. If you lose the game – which you almost always do – you beat yourself up for not being perfect. If you win, you risk becoming arrogant… or delusional.

We live in a world that has defined a “winner” as being only one person – the one at the very top. This message comes from advertising, our schools and our workplaces.

It has come to permeate our thinking. And it drives us to exhaustion as we try to make it to the top.

Even worse, we’re teaching this message to our children.

Parents pressure them to always achieve more. We want them to win that coveted award… to become captain of the team… and to be accepted into the “right” university.

Nothing short of the best will do.

The result? Both parents and kids live under the constant stress that someone will be “better” than they are.

You’re Not Perfect… and that’s Okay

As a parent, you may think you didn’t do enough for your kids when they were young. Or you lacked that magic ingredient to make you the greatest parent ever. That’s why the family down the block is enjoying such happy family dinners, while your family struggles with strained conversations at yours.

I’ve been working with a family with serious relationship issues. The discord is disrupting the family harmony. It is also seriously complicating succession planning in the family business. The oldest son, Ben, is angry with his father, Frank. Ben says Frank was never there when he was growing up. But it was during Ben’s childhood that Frank was building his business into a multi-million dollar company.

Frank realizes that he was out of town a lot. He knows that he wasn’t home as much as he wanted to be. And now he feels so much guilt that it has made him incapable of dealing with family problems with his adult children.

Frank knows he did the best he could. But when he compares himself to other fathers, he comes up short. He can’t go back and relive those years. He can only listen to his son’s feelings, apologize to him, and move on.

Frank did what most of us do when we compare ourselves to someone else. He overlooked his positive traits and skills. Frank is a very successful entrepreneur. He has vision, creativity and a strong work ethic. Was he perfect?

No. Nobody is. But Frank needs to forgive himself. He needs to stop comparing himself to others. Living in the past is preventing him from being more attentive to the needs of his children in the present.

I’ve been working with a once top-tier corporate manager who is now retired. I’ll call her Janis. She’s trying to repair her relationship with her 35-year-old daughter. Janis tried to nurture and support her daughter while she was growing up. But she was also building a career.

Janis constantly beat herself up because her neighbor’s house was neater than hers. The woman down the hall at work always seemed more organized. In short, Janis compared herself to everyone she came in contact with. Now, in recent years her daughter has beaten her down with complaints that she was a bad mother too.

In working with Janis we discovered that she was giving herself negative messages. She was telling herself that she was a failure… and that she didn’t deserve her daughter’s love and respect. These thoughts had torn away at her self- esteem and made her feel depressed and worthless, in spite of her many successes.

The key for Janis was to destroy those old negative messages and replace them with a simple one: “I am a good person.” There is no comparison in that message. No concept of being better or worse than anyone else. Focusing on a positive self-message helped Janis recover from her depression and gain the confidence she needed to mend her relationship with her daughter.

How to Escape a Losing Game

Every family faces problems and challenges.

And here’s another truth: Every parent I know did the best they could under the circumstances. Just like every kid I know has some complaint about their parents. It’s just a fact. No one is perfect.

If you find yourself constantly playing the comparison game – whether it is about your parenting, your relationships or your career – here are four steps you can take to break that unhealthy habit.

1.   Make a commitment to your own well-being – Simply decide to stop hacking away at your self-esteem. Every time you engage in negative self-talk, stop mid- sentence and replace your harmful comparison with a positive statement. What you say to yourself is a choice. Choose what makes you happy, not what makes you feel inferior.

2.   Listen, learn and move forward – Be open to learning how your past behavior affected your loved ones. Once you truly understand where they’re coming from, make your apology. Don’t try to defend yourself. !at takes away from the apology. Then, move on.

3.   Don’t live in guilt – Guilt tethers us to the past because we dwell on everything we did wrong. Perfectionism stages the future because it makes us afraid of failing at new challenges. Learn to forgive yourself so that others can forgive you. Give yourself permission to move forward in your own imperfections.

There’s nothing wrong with striving for greatness.

And teaching your children the discipline, work ethic and tenacity needed to achieve great things is essential to their character development… and the success of your family once.

Just temper all of your ambitions with a sense of balance and realism. Never lose sight of your family’s well-being while pursuing your goals. And realize that you excel at things that your friends, neighbors and loved ones don’t… and vice versa. Peace will come when you accept hat fact and stop comparing.