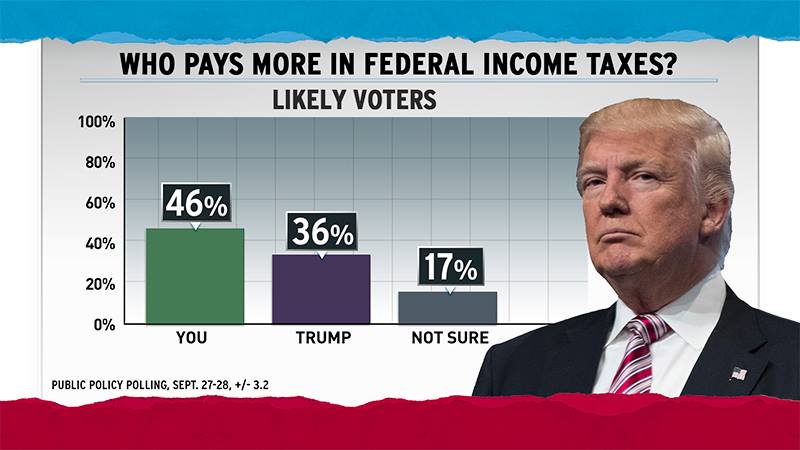 Last week Rachel Maddow promised us a unicorn and delivered a donkey.

This is a mistake I see business owners making all the time.

Quick background… Last Tuesday, Maddow, who hosts The Rachel Maddow Show on MSNBC, tweeted at 7:36 p.m. that she was about to reveal previously unseen tax records for President Donald Trump. Her show aired at 9 p.m., but it wasn’t until after the first commercial break that she unleashed her ‘big reveal’, which turned out to be two pages from a single, decade-old federal tax return.

Maddow promised her viewers a unicorn. What she delivered was a donkey. The information wasn’t as groundbreaking as originally believed, and worse, she made viewers wait 20 minutes for it.

She got what she wanted. Maddow’s show had its highest ratings ever. More than 4 million people tuned in to watch Ms. Maddow’s report, the biggest audience in her show’s nine-year history. It even beat shows aired on two major networks, FOX and ABC. But the way Maddow made her reveal left many irritated, and she earned the mockery of many comedians, including Stephen Colbert.

Will Maddow now forever be known as the “anchor that cried wolf?” What happens when she makes another big promise in the future? What will happen in the future when she actually has something important to say? And how has this episode affected her long game and legacy?

It’s unlikely her show maintains its higher ratings. It’s also unlikely she gets a bigger contract like her morning show compatriot, Megyn Kelly, who parlayed a bitter battle against Trump into a massive payday.

We’ve all experienced the Unicorn-Donkey switcheroo as a customer. Perhaps you received a flyer for a big celebration sale at a local store, only to arrive disappointed by a caveat mentioned in the fine print.

And don’t get me started on the Internet. The World Wide Web is rife with over-promising, hype, and flat out lies.

Clickbait headlines and misleading email subject lines are two common digital versions of the Unicorn-Donkey dilemma. Like Maddow’s promise, they offer short yet fleeting benefits to the promisor, and an empty, “I’ve been tricked” feeling to the reader.

This is not the way to play the long game.

I can understand the temptation. As a business owner, I know that every day is a battle for people’s attention. There’s always someone promising faster and easier results.

In the fitness industry, we’ve seen the evolution of hour-long workouts to 30-minute sessions, to 4-minute workouts, and now one of my old friends and mentors has released a book called, The One-Minute Workout.

What’s next? A workout that actually reverses the clock so you finish before you even started?

It’s the same in the financial world. As Mark Ford wrote years ago, “No one is impressed by promises of 8-10% returns.”

“People want stocks that double and triple, they say, because that’s the only way they can see themselves getting wealthy,” Mark wrote here. “I once made a presentation to a small group of investors about an investment I liked that was likely to return 30% per year. One guy interrupted to tell me I was wasting his time. ‘Unless you can give me a 10-to-1 return, I’m not interested.’ A few people applauded him. But when I hear remarks like that I think, poor bastard. His mentality is that of a poor man looking for a lottery-ticket type solution. If he wasn’t financially poor when he made that remark, I’m quite sure he is now.”

The problem is that when you overpromise and under-deliver, you suffer the consequences. Maddow’s reputation may have been forever tarnished, while friend’s book has garnered its fair share of negative reviews from readers who feel false promises have been made.

That’s the risk you take when you deliver a donkey after making a unicorn promise. Heck, you can even deliver the unicorn and still get negative feedback, because the promise of a unicorn sets unreasonable, unachievable expectations.

Maddow could have played this situation better, still coming out ahead in the short-term while maintaining a long-term outlook. She could have promised what she had, a good bit of information developed from a workhorse ethic of sleuthing.

Instead, she took the easy way out, delivering the same type of hype as the man she tried to take down has become famous for delivering.

Posted in Articles, Careers, Wealth and tagged overpromise, Rachel maddow, under-deliver
This error message is only visible to WordPress admins