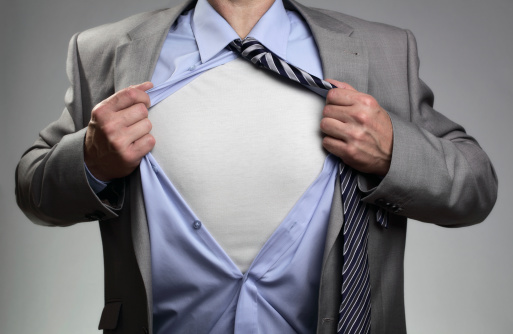 Everywhere we look in business, timetables once measured by calendars can now be clocked by egg timers. So how can we keep up? In a word — and according to an ever-increasing pile of evidence — “flow.”

Technically defined as an “optimal state of consciousness where we feel our best and perform our best,” the term takes its name from the sensation it confers. In flow, every action, every decision, arises seamlessly from the last. In this state, we are so focused on the task at hand that all else falls away. Action and awareness merge. Our sense of self vanishes. Our sense of time distorts. And performance goes through the roof.

In my book, The Rise of Superman, I examine how extreme athletes — surfers, snowboarders, skydivers, and others — have used flow to lift athletic performance to levels unlike anything we’ve ever seen before, but the much more important point is that anyone can tap this state. It’s ubiquitous. It shows up anywhere, provided certain initial conditions are met — and that includes the world of business.

In a 10-year study conducted by McKinsey, top executives reported being five times more productive in flow. Think about that for a moment. This means, if you can spend Monday in flow, you’ll get as much done as your steady-state peers do in a week. In fact, according to these same McKinsey researchers, if we could increase the time we spend in flow by 15-20%, overall workplace productivity would almost double.

At the heart of this doubling sits a complicated cascade of five neurochemicals which, when combined, accomplish intrinsically what most organizations fail to achieve by fiat. In flow, the brain releases norepinephrine, dopamine, endorphins, anandamide, and serotonin. All five affect performance. Norepinephrine and dopamine tighten focus, helping us shut out the persistent distractions of our multi-tasked lives. Endorphins block pain, letting us burn the candle at both ends without burning out altogether. Anandamide prompts lateral connections and generates gestalt insights far more than most brainstorming sessions.  And serotonin, that feel-good chemical at the heart of the Prozac revolution, bonds teams together more powerfully than the best-intentioned offsite.

But really understanding what makes these chemicals so powerful requires diving deeper into their impact on motivation, learning, and creativity. Let’s take them one at a time.

Motivationally, these five chemicals are the biggest rewards the brain can produce, and flow is one of the only times the brain produces all five simultaneously. This makes the state one of the most pleasurable, meaningful and — literally — addictive experiences available.

And we’ve all seen this in action. When coders stay up three says straight to launch a new app, flow, even more than caffeine and cold pizza, is what gets them to the finish line. “Researchers describe flow as the source code of intrinsic motivation,” says Jamie Wheal, Executive Director of the Flow Genome Project (where I am Director of Research). “Once an experience produces the state, we will go to extraordinary lengths to get more of it.“

Equally critical in an environment of rapid change is our ability to learn faster. Here too, flow can help. The more neurochemicals that show up during an experience, the greater the chance that experience moves from short-term holding into long-term storage. As flow produces one of the most potent neurochemical cocktails around, the state has a massive impact on our ability to acquire new skills and knowledge. DARPA, for example, found that military snipers trained in a state of flow learned 230 percent faster than normal. Scientists at Advanced Brain Monitoring in Carlsbad, California, ran a parallel civilian study and found that flow cut in half the amount of time it took to train novice marksmen up to the expert level.

“In all our studies of extreme performance improvement,” says John Hagel, co-founder of Deloitte’s Center for the Edge, “the people and organizations who covered the most distance in the shortest time were always the ones who were tapping into passion and finding flow.”

Flow’s impact on creativity may be its most important role in today’s accelerated climate. “The major complaint you hear from people today is they’re overwhelmed by the amount of information coming at them,” continues Hagel. “Flow allows you to absorb that information, synthesize it, and integrate it. This drives the creative process. So while everyone else is driven to distraction, people in flow are adapting — they’re using the state to take performance to the next level.”

This happens because creativity is recombinatory — the product of novel ideas bumping into old thoughts and birthing something utterly new. In flow, norepinephrine and dopamine help us shut out distraction and gather more information (i.e. novel ideas). But these same chemicals also enhance pattern recognition, allowing us to make faster connections between ideas. Anandamide, meanwhile, augments lateral thinking, producing connections between much farther-flung ideas.

By turbo-boosting learning, motivation and creativity, flow is amplifying the three core competencies required to keep pace with radical change. Yet these dividends don’t come without serious investment. Restructuring businesses around flow means radically altering their DNA, shifting emphasis from mechanistic efficiencies to deep human engagement. Not many companies are up for this challenge. But in an era of relentless progress, making a present tense commitment to flow may be the only way to stay ahead of a breakneck future.

So how can we produce more flow in our lives and organizations?

Flow states have triggers — pre-conditions that lead to more flow. Some are psychological, while others are environmental, social or creative. But since flow is a state of total absorption, all are ways of heightening and tightening attention, driving focus into the present moment.

Take high consequences, one of the environmental triggers. The idea here is straightforward: flow follows focus, and consequences always catch our attention.

For the extreme athletes I studied, these were often physical risks, but the science shows that other risks — emotional, intellectual, creative, social — work just as well. Moreover, all risk is relative. Sure, a professional surfer may need to paddle into a 50 foot wave to pull this trigger, but if you’re shy and quiet, then simply speaking up during an important meeting is enough to do the same.

These facts also tell us that those Silicon Valley companies with “fail forward” as their de-facto motto have an incredible advantage. If employees don’t have the space to fail, then they don’t have the ability to take risks. And if you’re not incentivizing risk, you’re denying access to flow.

One of the psychological triggers is the challenge/skills ratio. Our attention is most engaged when there’s a very specific relationship between the difficulty of a task and our ability to perform that task. If the challenge is too great, fear swamps the system. If the challenge is too easy, we stop paying attention. Flow appears near the emotional midpoint between boredom and anxiety, in what scientists call the “flow channel” — the spot where the task is hard enough to make us stretch; not hard enough to make us snap.

This sweet spot keeps attention locked in the present. When the challenge is firmly within the boundaries of known skills — meaning I’ve done it before and am fairly certain I can so again — the outcome is predetermined. We’re interested, not riveted. But when we don’t know what’s going to happen next, we pay more attention to the next. In other words, just like with the high consequences trigger, uncertainty is our rocket ride into the present moment.

So how hard do we have to push exactly? While the answer varies between individuals, 4% appears to be a loose rule of thumb. The challenge must be 4% greater than the skills one brings to it. And here’s where many get it wrong. A high performer will blow by 4% without noticing. They’ll go for challenges far harder and miss the sweet spot and, without the motivational reward of flow (to say nothing of its performance boost), they’ll burn out. Underachievers miss because 4% is the point where one gets seriously uncomfortable. So while high performers must learn slow and steady wins this race, underachievers must learn the opposite: that being uncomfortable is a sign of progress, not a reason to run away.

These two triggers are only the beginning, but two other points are worth remembering. First, when people tend to think about action and adventure sports, the danger involved tends to blind many to the obvious. Certainly, the abundance of physical risk in these environments drives flow, but these athletes also rely upon 15 other triggers — none of which require any physical risk. They range from uninterrupted concentration (sorry, open office plans), to clear goals, to immediate feedback.

Second, flow science is already being applied in business. Some companies (Facebook, Google) are focused on individual triggers, while others (Toyota, Patagonia) have already made flow a fundamental part of their core philosophy. Thus, it’s not just that tapping into flow can help an organization keep pace with an exponential world, it’s that there’s a good chance that your competition is already applying these principles and soon — because of the state’s significant amplification of performance and productivity — there may be no other way to keep up.

[Ed Note: Steven Kotler is a journalist, co-founder and director of the Flow Genome Project, and New York Times best selling author of the book Abundance. His articles have appeared in over 70 publications, including The New York Times Magazine, LA Times, Wired, GQ, Discover, Popular Science, Outside, Men’s Journal, Details and National Geographic Adventure. Steven’s latest book is called The Rise of Superman: Decoding the Science of Ultimate Human Performance.]