In last day’s post,  fitness expert John Romaniello suggested including some soft tissue work such as foam rolling and stretching as part as your recovery, reducing muscle  tightness and soreness.

A lot of people measure their workouts by how sore they are the next day, but that isn’t the best way to gauge the effectiveness of your workout as we learn today,  from fitness professional (pretty-boy), John Romaniello.

Craig Ballantyne:  Let’s talk a little bit about muscle soreness here.  People are always asking, “If I’m not sore was the workout good,” or, “Do I have to be sore to build muscle or burn fat?” What’s the Romaniello rule on that?

When people diet there’s some psychological satisfaction that they get out of being hungry because then they know that they’re “doing something right”, which certainly isn’t the case and you don’t have to be sore after a workout.

Any new workout with new stimulus will make you sore, but that will dissipate within the first week.  That is your body’s way of kind of adapting to the stimulus that you are exposing it to.  Your body will get “accustomed” to stimulus well before that stimulus becomes irrelevant.  So you’ll stop getting sore from the workout well before that workout stops being effective for you.

And in the case of Final Phase Fat Loss, I wouldn’t expect someone to be sore after week two but I know that all six weeks of the program are super effective. So you don’t have to be sore.  Being sore is only nice the first couple of workouts.  You’re like, “Oh, this is new.  This is a new movement.  This is a new workout.  My shoulders are sore so I know that the overhead presses I did I kind of did them right.”  It’s a nice indicator.  Pain isn’t indicative of progress.  It’s your body’s way of telling you something is wrong, not that something is right.

So if you’re still sore after six weeks of training you’re probably not recovering adequately, in which case you probably didn’t make as much progress as you wanted to.  And you need to address your recovery, and a lot of that is going to be how much you sleep, how much you rest, how often you allow yourself to have full recovery days, and of course what you’re eating.  So you don’t have to be sore.  It’s not necessary.  Sometimes it’s inevitable, but it shouldn’t be the goal of the workout.  It should be a side effect of the workout.

Craig Ballantyne: Okay.  And now you have a very impressive complex in the workout that you sent me that we’re working on.  It’s the power clean, the front squat, the bent row, the push press, the stiff leg dead lift.  And that’s –

John Romaniello: Okay.  All right, so the main thing here is that when I design complexes I always like to go from what I call high skill exercises to low skill exercises.  And the reason for that is that exercises which are just more technical challenging in terms of the technical proficiency that is required to complete them, it’s just better to have them first in the circuit before you start to really get exhausted.

Moderate skill exercises would be hang cleans, hang snatches, high pulls, power cleans, power snatches, push press, dead lift, front squats.  And then low skill exercises – which doesn’t mean that they’re easy, it just means that in terms of the actual technical proficiency it’s just a little less demanding – bent over rows, overhead presses, lunge variations, back squats and stuff like that. So  in the one that I gave you, there are a couple of different rules for designing them.

And again, one of them is going from high skill to low skill, and then another is to use non-competing circuits. The reason for that again is while one muscle is kind of resting the other one is working.  So we went from the power clean – and also, in terms of setting up a complex I like to do things that allow you to transition easily from exercise to exercise. 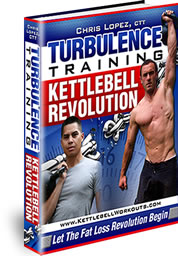 So then we’ll go onto front squats.  From there as soon as we finish the front squat – and again, that’s done with the weight in what we call the wrap which is that clean grip – flip the hands back over.  Bend over with knees bent and lower back tight and to into a bent over row.

And again, now we’re kind of engaging the hamstrings but we’ve just used a lot of pressing muscles for the front squat and the power clean so now we’re using pulling muscles.  Then we’re going to clean the way back up, go to push presses and then finally stiff legged dead lifts.  So you can see that there’s a lot of non-competition between exercises.

So the stiff-legged dead lift, it’s a challenging exercise but it’s done last because it doesn’t require any explosivity.  The main thing you have to focus on there is engaging your hamstrings and keeping your lordotic curve tight so that you don’t round your back and put your spine in a dangerous position.  The push press is explosive, but you’re really just moving the bar in a straight line.  Again, the power clean requires the most there.

The front squat is a full squat to the ground so that you could, if you’re not paying attention you can run into issues with your knees and the whole bit.  So that’s why it’s set up like that.

That’s all for today. Check back tomorrow as we get more into these exercises and how many reps per set, in part 6.