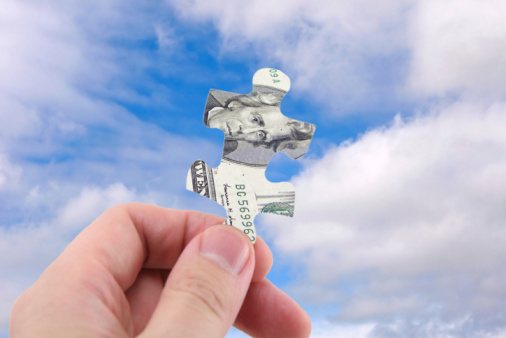 Remember when Mel Gibson yells that in Braveheart?

I believe he yelled that while being disemboweled, making it an all-the-more impressive feat. 🙂

Now while most people are taking a holiday today (Labor Day, here in North America), I’m actually laboring (I guess I misunderstood the holiday…why you no labor on labor day?

I’m working to further secure my freedom. And I’m doing this with a new TT product launch that starts tonight. And you’ll hear big lessons about this big NEW evolution-in-the-industry launch later this week.

Until then, I have a special “freeeeeeeedom” article for you from the author of a book that I highly recommend.

My friend Porter Stansberry calls this book, “an honest guide to successfully starting your own business in what could become a tough economy. It teaches you how to handle pressure, stress, failure, and success”.

In today’s excerpt from Choose Yourself, author James Altucher answers the question all entrepreneurs ask when they’re getting started:

Find his seven rules to success in your business below.

***
Let’s Get Specific: What Should I Do?
By James Altucher, author Choose Yourself

You’re probably asking: Well, if I quit my job, what should I do?

I’ve begun asking people who did it. What did they do? How do they quit their jobs and, basically, make a million dollars? Not everyone is Mark Zuckerberg or Larry Page. Not everyone is going to drop out of college and create an iPhone or a time machine or a toilet that resizes itself automatically depending on who is sitting on it (although that would be pretty cool).

Well, actually JT, very often a million is pretty cool. Not everyone is going to be a VC-funded $100 million hotshot. Sometimes it’s nice to make a million dollars, be your own boss, and use that financial success to catapult to freedom.

I called Bryan Johnson, who started a company called Braintree. You may have never heard of Braintree but you’ve heard of their customers. They provide credit card transaction and payment services for companies like OpenTable, Uber, Airbnb, etc.

I’ve never spoken with Bryan before. I am not an investor in Braintree. As far as I know I’m not even an investor (unfortunately) in any of Braintree’s clients. I like to call people who I think have interesting stories and hear what they have to say. That’s the way I build my network of not only financial contacts but also potential friends.

I knew Bryan had an interesting story about how he set up Braintree and I knew it would be helpful for those people asking “what do I do next?”

The Cliff’s Notes version: In 2007, Bryan was a manager at Sears. He quit his job and started Braintree. Within two years he was making more than a million per year. Eventually Braintree grew much bigger and raised $70 million from Accel and other investors.

But that wasn’t what was interesting to me.

“I really disliked my job,” he said, “and I never believed in the idea of getting a fixed wage. I had been a salesman before in the credit card processing business where I would go out and get merchants like restaurants and retailers to switch their business to the company I was selling for. So I figured I could do this but work for myself instead of another company.”

Rule No. 1: Take out the middleman. Instead of going back to the company he used to sell for, Bryan cut out the middleman and went straight to a credit card processor, worked out his own reselling agreement with them, and did all of this BEFORE leaving his job at Sears.

Many people ask me, “I’m at a job, should I raise VC money yet?” NO, of course not! First you have to hustle. VCs want to back someone who shows a little Ooomph!

Rule No. 2: Pick a boring business. Everyone is always on the lookout for “the next big thing.” The next big thing is finding rare earth minerals on Mars. That’s HARD WORK. Don’t do it! Bryan picked a business that every merchant in the world needs. He also knew that it was an exploding business because of the e-commerce explosion. You don’t have to come up with the new, new thing. Just do the old, old thing slightly better than everyone else. And when you are nimble and smaller than the behemoths that are frozen inside bureaucracy, often you can offer better sales and better service. Customers will switch to you. If you can offer higher touch service as well, they will come running to you.

Rule No. 3: Get a customer! This is probably the most important rule for any entrepreneur. People want to find and take the “magical path”: get VC money, quit their jobs, build a product, and then have millions of customers. It NEVER works like that.

Bryan found ten customers (out of the first 12 he approached) who would switch their credit card processing to him. He figured he needed to make $2100 a month to quit his job. With his first ten customers he was making $6200 a month, so he had a cushion in case some dropped away. He quit his job and suddenly he was in business.

Rule No. 4: Build trust while you sleep. This rule is often “Make Money While You Sleep”. But Bryan was already making money while he slept. He was making money on every credit card purchase with his first ten customers.

“I didn’t want to be going up and down the street looking for customers,” Bryan said. “I needed to find a way to get online businesses as customers. Someone suggested that I needed to blog. And to blog well you need to be totally transparent or it won’t work. So I started blogging about what was really happening in the credit card industry including all the unscrupulous practices and how merchants were being taken advantage of. Then I’d put my posts on the top social sites at the time–Digg, reddit, and StumbleUpon–and sometimes the posts would get to the top of these sites and my website would get so much traffic that it would crash.

“But I became a trusted source about credit card processing. So before long all these online sites that had previously had a hard time navigating this industry would start contacting me to switch their payment services.”

A couple of things there.

Rule No. 5: Blogging is not about money. Blogging is about trust. You don’t sell ads on your blog (rarely), you don’t get the big book deal (rarely), but you do build trust and this leads to opportunities. My own blog has made me a total of zero cents but has created millions in opportunities. In Bryan’s case it led to more inflow and his biggest early opportunity.

“Basically, OpenTable called me and they wanted a software solution to handle storing credit cards, handing the data to restaurants, and being compliant from a regulatory standpoint. I signed a three year deal with them that allowed me to build a team of developers and we built them a solution. We now had more services to sell to customers.”

Rule No. 6: Say YES! He started out just connecting merchants with a credit card processor. Then OpenTable asked him to do software development even though he’s never developed software before. He said YES! He got software developers, built a great product, and at-least-quadrupled his income. His decision to say YES! Elevated his business to a whole new level, not just in the services he offered customers but in how they perceived him. Suddenly, word of mouth was spreading and other online companies started using Braintree’s services: Airbnb, Uber, etc. And the VCs started calling because all of their clients were saying Braintree was providing all of their payment services. It’s not that easy for startup online companies to get payment services.

Bryan told me, “When I first started, for each new customer we’d put together an entire package for our credit card processor on why we thought the customer could be trusted and would be a legitimate merchant.” Which leads to…

Rule No. 7: Customer Service. You can treat each customer, new and old, like a real human being.

“We intuitively sort of knew what we didn’t like in customer service everywhere else: automated calling trees, slow response times, poor problem solving, etc. So we made sure there was as little friction as possible between the customer contacting us and actually getting their problem solved.” When you are a small business, there’s no excuse for having poor customer service. Your best new customers are your old customers, and the best way to touch your old customers is to provide quick help when they need it. Customer service is the most reliable touch point to keep selling your service to them.

“Ok,” I said, “I have to ask. At what point were you making over seven figures?”

By Year 2, Bryan was making over a million dollars and the business was doubling every year. They couldn’t hire fast enough.

In 2011, after four years in business, Braintree took in its first dime of investment capital – $34 million in a Series A funding round. Two years later, according to Crunchbase, they process over $8 billion in credit card transactions annually.

Not bad for someone who quit his job and just wanted to figure out a way to get his bills paid.

[Editor’s note: James Altucher’s new book Choose Yourself is a manual for how to handle pressure, stress, failure, and success. The book has become a huge hit, selling 20,000 copies last month. To find out how you can purchase your own copy of Choose Yourself – and access some other examples of James’ work for free – click here.]
Posted in Internet Business, Investing, Wealth
This error message is only visible to WordPress admins