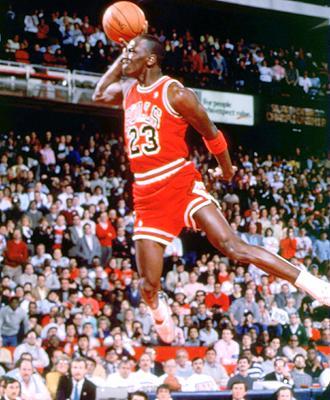 As the chief training advisor for Men’s Fitness, Jason Ferruggia also owns and runs Renegade Gym in New Jersey.  His gym boasts some powerful equipment used for strength and conditioning and yes, even girls are getting ripped.  It’s not just a gym for the guys anymore.

You’re in for a real treat today and over the next few days as my good friend Ferruggia shares nutrition tips, unique exercises, and even opens up his doors to show what’s working inside his gym.  I promise you’ll learn some new things and be shocked at what he eats, or doesn’t eat for that matter.

With that being said, below is part 1 of my interview where Jason introduces you to some fun fat-blasting exercises he regularly uses to produce incredible results with clients every single day.

Jason Ferruggia: Thanks for having me.

Craig Ballantyne: Why don’t you give us a little bit of background about who Jason Ferruggia is? Some of the readers may not be familiar with your stuff, so just give us the Renegade Strength Coach background.

Jason Ferruggia: Sure. I currently am the chief training advisor for Men’s Fitness Magazine. I’ve been doing this since 1994 when I first started training people and opened my first gym. I own Renegade Gym in New Jersey. I write for a bunch of different magazines now and I have a bunch of ebooks and training products out. I run my website at JasonFerruggia.com.

Basically, just running my website and running my gym is my day to day operations. I train a lot of athletes. Everyone I train, I train for performance, but I do train a lot of high school and college athletes. That’s basically about it in a nutshell.

Craig Ballantyne: Cool. It’s a really awesome training environment that you work in and you have down there in Jersey. Do you want to give folks a run through of your gym? For a lot of people listening it would be like their dream gym to ever own or train at.

Jason Ferrug gia:Sure. Like I said, basically everyone trains like an athlete or at least for enhanced performance. So, we don’t have any mirrors or machines, and obviously no juice bars or TVs, only stuff that’s going to build REAL FUNCTIONAL strength and conditioning.
We have…

All that kind of stuff – real, unique and functional stuff that you won’t see in a public gym.

NO cardio machines. Our cardio is basically high intensity kind of training. Our cardio would be the sled or the prowler, something like that. We all train in groups, so it makes for a great competitive environment.

It’s real high intensity. We’ve got a lot of hip hop and heavy metal cranking, so it’s a lot more fun than just going to a sterile public gym and listening to Britney Spears and doing the hammer strength machine and sitting on the bike for a half hour.

Craig Ballantyne: It’s not just guys, right? It’s girls too. Why don’t you talk about a little bit of the results that they’ve gotten and then finish off by telling us about the last workout you had there on Saturday at your gym, which was pretty legendary?

Jason Ferruggia: We have a lot of girls, too.

Again, they don’t do any kind of traditional cardio. They do sprints, they push the prowlers, they swing kettle bells, sandbags – all that kind of stuff. These girls are strong, they’re ripped, they’re in shape, and their conditioning level is outstanding.

The results they get, I lifted some of the strength numbers and like I said, they’re all ripped, they’re in tremendous shape. Just last Saturday we had a great workout in there. I’ve been training Shawn Highson, who is the fitness editor at Men’s Fitness, for about 10 weeks now. We’re doing a 12 week transformation.

I wrote him a diet and a training program. He’s LOST 30 pounds so far and in that time he has also increased all of his lifts dramatically, which is pretty impressive, especially he hit a new PR on his squat Saturday, which was 405…. 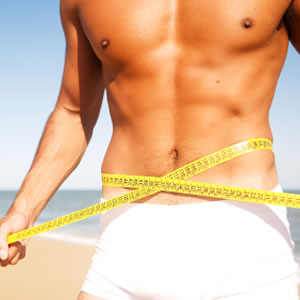 It’s a huge PR for him. That’s incredibly impressive considering that I have him sprinting a couple days a week, he’s jumping rope, and even now towards the end here to get ready for the pictures he’s even doing some extra cardio a couple mornings a week.

So, he’s doing a lot of stuff. For his squat to go up that much is really a testament to what hard work and dedication can get you, because Shawn hasn’t gone out, he’s been incredibly dedicated. He hasn’t had a sip of alcohol, he’s really been following things to the letter.

This Saturday we had the Men’s Fitness camera crew in there filming, so we had a great time. Shawn did that and we had a tire flip contest with a 500 pound tire for time. We had a bunch of guys doing rack dead lifts, which was fun. We had a challenge on the log clean and press. We had a lot of PRs set, A LOT of good healthy competition.

Also, our friend John Hines from Multibar Gym was in town. He had a great day in there, which considering that he hasn’t touched a barbell in 15 years it was very impressive that he pulled 405 for 12 on a rack dead lift. So, it was definitely a great time.

In part 2 of my interview with Jason, you will hear how one of his clients was able to drop 30 pounds in just 10 weeks!