I had my first dream of being rich when I was 6 or 7 years old.

In my dream, a sleek, white limousine pulls up to the playground. My classmates stop and look. A chauffeur comes around the car and opens the back door. Little me, in a white tuxedo and holding a gold-tipped cane, steps out. The gasps of astonishment and admiration are audible.

The reality for my family and me was otherwise. Ten of us were crammed into a dilapidated house across the street from the municipal gravel pits. I wore hand-me-down clothes donated by local charities. We drank powdered milk because we couldn’t afford real milk.

I had many such dreams as I grew into an adult. But it wasn’t until I was 32 that I did a series of things that made me rich. By my 50th birthday, against all odds, I had accumulated more wealth than I was ever going to be able to spend.

So I took (another) stab at retirement. In 2000, I dropped or delegated away most of my business activities and focused on writing about what I’d learned…

I wrote about marketing and management and starting entrepreneurial businesses and earning wealth. Under the pen name Michael Masterson, I wrote eight books on those topics and more than 2,000 essays for my blog Early to Rise.

In 2010, I passed Early to Rise on to the reliable supervision of Craig Ballantyne. I thought I was done writing about wealth. But in the last seven years, I’ve written loads more. More importantly, I’ve learned more.

I’ve still got plenty to learn. But I’m pretty sure of one thing: With the right mindset and game plan, any ordinary, unconnected, wage-earning American can become wealthy.

Most people—like 98%—who fantasize about becoming rich never will. But for those who do the right things in the right order over a reasonable amount of time, the chances are very good. I’d say 90%+.

Doing the right things in the right order over a reasonable amount of time—what does that mean?

Here are six things that worked for me and that I’ve found—through all these years of writing and talking and mentoring on the subject—have worked for many others. That includes dozens of my protégés. In fact, I’d bet they are the same strategies that are working for the 1,700 people who become millionaires every day.

I set to work on building wealth at an early age. I worked for my neighbors starting at 8 or 9 years old, published and sold my first “book” at 11 (Excuses for the Amateur), and worked two jobs (a paper route and car wash on the weekends) when I was 12.

I learned some important lessons about making money back then, but the big breakthrough came much later, when I was 32.

I was the editorial director for a newsletter publishing company in Boca Raton, Florida, then. At the time, I also took a Dale Carnegie course to acquire public speaking skills. I learned a bit about that, but I also learned an important lesson about achieving goals.

The lesson was that if you really—really—want to accomplish something, you have to make it your top priority.

And that means putting all your other goals (mine included becoming a teacher and a writer, mastering martial arts, and traveling the world) in second place.

After much mental haggling, I chose—as my one and only top priority—the goal of becoming rich.

By having “getting rich” as my one-and-only top priority, my financial DNA changed almost overnight. I became an instinctive wealth builder.

You can do this too.

It requires sacrifices. And you must accept the fact that you will be living an out-of-balance life. But if you want a 90%+ chance of getting rich, make it your number one goal and put everything else in second place.

(Side note: When I teach wealth building these days, I don’t insist on this drastic strategy. I teach a balanced approach that includes goals related to health, personal development, and social relationships. But if you want that 90%+ guarantee, commit to an unbalanced life.)

When it comes to financial planning, there are three numbers you need to know:

Pursuing wealth without a specific knowledge of these three numbers is like driving around a city searching for a restaurant without any idea of its address.

Most people—high earners as well as working-class people—go through their lives striving for financial peace of mind without any idea of what these numbers are or should be. As a result, wealth is always around the next corner.

I’ve explained in detail how to find these three numbers in other essays. But here’s the gist:

Your LBR is how much you need to spend each year to enjoy the lifestyle you want. It’s easy to find this number. Simply calculate how much you are currently spending each year, and then increase that by the yearly cost of all the extra things you’d like to have that you don’t have now.

Your SOF number is what you need to have socked away in case everything else fails. It’s basically your monthly LBR expenses multiplied by the number of months you would need to get back on your feet, plus whatever money you might need to start a new business (if you are an entrepreneur or professional). This is the safety net you must construct to have true financial security.

The TaH number is the amount of money you need to have self-sustaining wealth without working. The simplest way to estimate this number is to take your LBR, subtract any side-business income you have (and expect to continue to have after you quit your main job), subtract any income from Social Security or a pension, and then multiply that total by 15. That amount, kicking off 6.75% returns in income, will give you enough money for you to be able to say to your boss, “I don’t need this stupid job; take a hike!”

If you don’t know these numbers, you can’t expect to make smart choices about your finances.

I retired for the first time when I was 39. I had a net worth in the eight-figure range, half of which was liquid. You’d think that would be more than enough. But my LBR at that time was very high.

The millions I had socked away would not give me the income I needed to continue enjoying my big-shot-spending life.

I had a choice: I could drastically cut down my spending (and thus my lifestyle) or I could go back to work.

I thought about it for a while. And then I went back to work.

I’m being cute here, but there’s a serious point:

Neither your earning power nor your investable income can increase by saving money. And those two things—much more than how much you can save—will determine your future wealth.

Plus, let’s face it: Ratcheting down on your lifestyle isn’t fun.

Going back to work was a great decision for me. I found a great person to partner up with, an exciting wealth-building challenge, and a chance to double and then triple my wealth in the ensuing years.

So say no to the Scrooge in you. Focus on these two things:

And if you want to know the best way to earn more income, it’s to…

A financially valuable skill is one that allows you to make a lot of money—a lot more money than the average Joe. It also allows you to quit your job and take a better one or start your own business. In terms of your financial education, developing one of these skills is objective number one.

When you boil it all down, there are only a handful of financially valuable skills: marketing, selling, creating saleable products, and managing profits.

There are plenty of financially valued skills (like doctoring or lawyering or plumbing), but only those I listed above are valuable regardless of the business or circumstance.

Yes, societies and companies value people who know how to design a car engine, analyze a spreadsheet, or fix a broken arm. But if you want to be 90%+ sure of becoming wealthy, you have to develop a skill that you can use anywhere, anytime, under any situation. And that means a financially valuable skill.

I said above that I don’t believe in scrimping. I hate and disagree with the idea that, to become wealthy (or even have enough money to retire on), I must spend 30 or 40 years denying myself the richness of life.

You can live rich—i.e., enjoy all the benefits and pleasures of being wealthy—long before you become, say, a millionaire.

I’ve spent a lot of time thinking and writing about this subject. In fact, I published a book on it called Living Rich.

My thesis, in a nutshell, is that there are two ways you can experience wealth—in what you can buy and how you spend your time.

The myth is that you get what you pay for… or that if you want the best, you have to pay the most.

We can agree that good, restful sleep is essential for a happy life. Ideally, you’re going to spend around one-third of your life sleeping. So rather than “pay up” for an expensive car or necklace, buy a great mattress.

By getting a great mattress (which can be bought for less than $2,000), you’ll sleep as well as any billionaire… and be just as happy.

There are dozens of ways to live like a millionaire on a modest budget. If you learn those ways, you’ll have a tremendous advantage over everyone else at your income level.

I’ve said this time and again: You cannot become wealthy by investing in passive instruments like stocks and bonds.

The investment advisory industry—and by that, I include brokerages, private bankers, and insurance agents as well as investment newspapers, magazines, newsletters, and internet publications—is a multibillion-dollar business based on this little white lie.

They want you to believe that you need them to grow your wealth. But the only sure thing about investing with them is that they will become wealthier (from all the fees and commissions they charge you!).

Passive investments are not bad. But believing that they are the best and safest way to build wealth is downright foolish.

The truth is, building real wealth involves much more than just investing in stocks and bonds.

In fact, most of the rich guys I know spend little or no time investing in passive financial instruments.

They got rich—every one of them—by following the six strategies I’ve just described.

Many found an internet business that essentially earns them money off-the-clock. Learn about internet marketing and how to found an online business by watching the courses offered by ETR University. 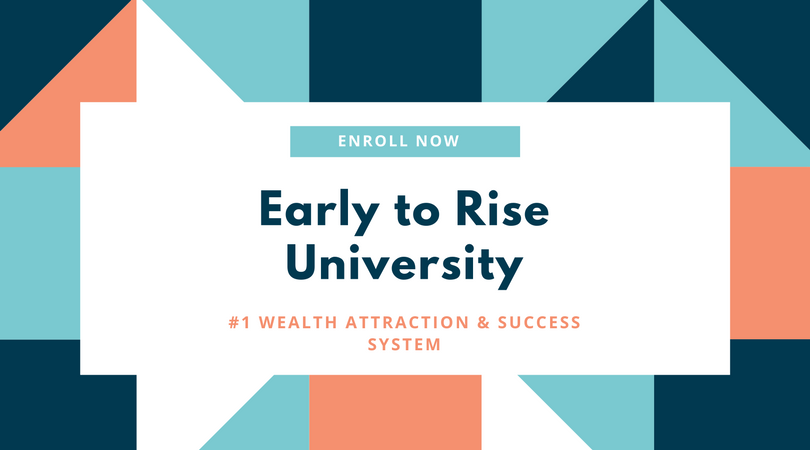 Here’s to hoping you do!

Posted in Articles, Careers, Wealth
#repost from @motivationmafia With all the hard w