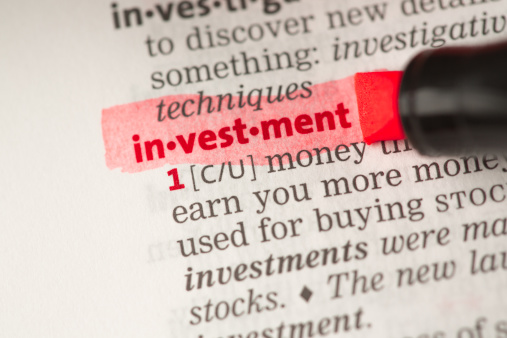 I was very early in my career as a trader and investor. I barely knew the difference between a stock and a bond. I wasn’t even sure what I wanted to do for a living.

Since my first read, I’ve made a lot of money in the market. And I’ve read the entire book five more times… I’ve read certain interviews at least 10 times.

I keep coming back to it for two reasons…

Market Wizards, which was published in 1988, isn’t a conventional “how to” investment book. It doesn’t show you how to read a balance sheet. It doesn’t focus on a specific stock-selection method. It’s simply a collection of interviews author Jack Schwager conducted with some of the greatest traders in history.

These people made hundreds of millions – even billions – of dollars in the markets.

The information and insight shared by these “wizards” – which they collected through decades of learning, taking risks, losing money, making money, and struggling through adversity – is priceless. I learned how to structure my own trading in part by studying the victories and losses of great traders.

The people in Market Wizards gain financial freedom through their ability to analyze the markets and trade them successfully.

The personal stories in Market Wizards showed me it was possible to achieve extraordinary success in the market. The book inspired me to start the long journey of learning about the market. This journey has taken me all over the world… allowed me to meet dozens of smart people… and has helped me gain financial freedom, as well.

Two of Market Wizards‘ most powerful interviews are with Paul Tudor Jones and Jim Rogers.

Reading the Paul Tudor Jones interview will take you less than 10 minutes… And it might be the greatest “time put in versus value received” proposition an investor or trader will ever get.

For many years, Jones was the picture of a hot shot Wall Street trader. He owned an enormous Chesapeake Bay mansion. He took skiing trips to Switzerland. He married a fashion model. To this day, Jones controls one of the largest hedge funds in the world. According to Forbes, he’s a billionaire.

You’ll find that for a guy associated with “winning” so much money, Jones talks a lot about losing. He emphasizes that successful trading is all about playing great defense. Some quotes from Jones about this idea:

The most important rule of trading is to play great defense, not great offense… I am always thinking about losing money as opposed to making money… Risk control is the most important thing in trading… Never play macho man with the market.

Like all great traders, Jones sees his No. 1 job as cutting risk to the bone. He became so successful by focusing on not losing money.

Anyone can put Jones’ ideas to work by making sure to keep their trading “bets” small. You never want to risk a substantial portion of your wealth on just one idea. Be conservative.

Another important idea I took away from Market Wizards was Jim Rogers’ “picking up money in the corner” idea.

Rogers is one of the most successful money managers in history. He made so much money investing and trading during the 1970s, he left the conventional side of work to travel and manage his own money.

In his interview, Rogers explains how important it is to be selective with trades and investments. He emphasizes that there’s nothing wrong with doing nothing… simply sitting in cash… and waiting patiently for high probability trades.

“I just wait until there is money lying in the corner,” he said, “and all I have to do is go over there and pick it up. I do nothing in the meantime.”

In that short quote, Rogers nails one of the most important factors of trading and investment success: Don’t spend your time and energy chasing mediocre and opportunities. Be patient. Only move when the odds are overwhelmingly in your favor.

This ability to stay patient – and wait for “fat pitch” opportunities – is a tremendous skill to master. But the average market participant always feels like he has to be “doing something.” So he gambles against long odds…which makes him a sure loser.

Jim Rogers and Paul Tudor Jones are just two of more than a dozen great traders that offer up advice in Market Wizards… And while these interviews are geared toward traders, many of those lessons apply to long-term investing as well. For example, master investor Warren Buffett often emphasizes being patient. He emphasizes waiting for “fat pitch” opportunities. He also says his No. 1 investment rule is “Don’t lose money.”

The book also shows readers that if you apply yourself and learn the timeless fundamentals of great trading, you can be extremely successful… and achieve financial freedom. The individual stories make it entertaining.

The book changed my life. It’s the first trading book I recommend when anyone asks. And I think everyone should read it.

About the Author: Brian Hunt is the Editor in Chief of Stansberry Research and Casey Research. Since 2007, he has managed dozens of Stansberry Research’s investment newsletters and trading advisories, helping make Stansberry Research one of the largest financial publishers in the world.
Brian is a successful private trader and the co-editor of DailyWealth Trader, one of the industry’s most popular trading advisories. He frequently contributes to DailyWealth, and the S&A Digest. Brian also produces educational and training materials for new and experienced traders.]