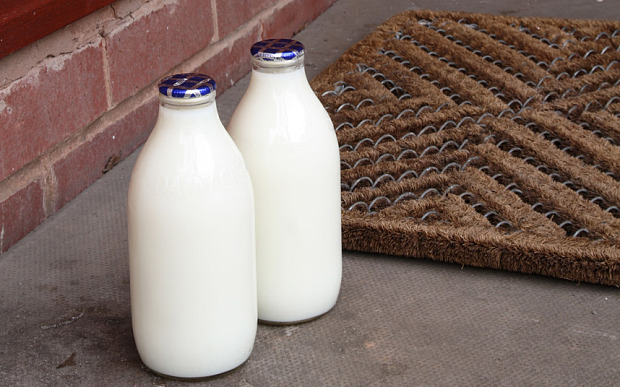 Milk used to be touted as a health drink. Jam-packed with all the essential food groups as well as vitamins and minerals such as phosphorous and calcium, a glass of the white stuff was thought to make your bones grow strong.

However, new research published in the BMJ has shown that people who drank three glasses or more a day (680ml) were twice as likely to die early than those who consumed less.

Although Dr Louis Levy, of Public Health England, does not recommend that people stop consuming dairy products, there are still plenty of reasons that suggest milk isn’t quite the superfood we thought it was.

The study, which tracked 61,000 women and 45,000 men for 20 years, has shown that there was no reduction in broken bones for those who consumed the most milk.

2. Milk can contribute to heart disease

Some researchers believe that the fat content of milk contributes to an increased risk of heart attack. However, low-fat dairy products such as cheese and yogurt were found to have a beneficial effect.

3. Drinking milk in adult life is neither natural nor necessary

Professor Jonathan Brostoff, a leading authority on allergies and food intolerance from King’s College, London, has said that humans are not programmed to drink milk once they have left childhood: “It is only in Western Europe that we can tolerate milk as adults, due to a genetic mutation.”

He went on to say that we do not need milk in our diet and would not miss out on vital vitamins and nutrients without it: “Animals do not drink milk after being weaned, and they manage without it. You can find calcium and the vitamins in milk in other areas of the diet or by taking a calcium supplement.”

“After weaning, the ability [of people] to handle milk sugar goes down,” says Prof Brostoff. “And if you can’t break down milk sugars, you are left with a little fermenting tummy as sugars tend to ferment in the gut. That’s why when you eat lots of chocolate you bloat and pass wind.”

5. Milk encourages the production of phlegm

According to Prof Brostoff, many patients notice a reduction in the amount of phlegm produced when they cut milk out of their diets: “I have patients who, when they’ve tried everything else and I tell them to come off milk altogether, say: ‘My nose is much clearer and my tummy is much better’.”

6. Milk can give you acne

A 2007 study carried out by Harvard School of Public Health showed a clear link between those who drank milk regularly and suffered with acne. It has been shown that eating foods with a high glycaemic index and drinking milk not only aggravated an acne breakout, but in some cases triggered it, too.

Perhaps Margaret ‘Milk Snatcher’ Thatcher was inadvertently doing children a favour when, in 1971, she removed free milk from primary schools.

The same study linking milk consumption to acne showed that those drinking skimmed milk had a 44 per cent increase in the likelihood of developing spots. It is thought that processing the milk increases the levels of hormones in the drink – which in turn affects acne sufferers.

8. Milk could give you a cough

When drinking milk, some people feel that their throat is coated with a thick mucus and this in turn causes a runny nose and coughing. The temperature of the milk (cold from the fridge) can also cause coughing. Furthermore, children struggling with milk allergies have been known to develop symptoms similar to asthma.

9. Milk can block your ears

The association between cows milk and ear infections in susceptible children has been documented for over 50 years. In rare cases, pathogens in milk can cause ear infections. There’s even a lung disease called Heiner Syndrome, a hypersensitivity particularly to cow milk proteins that is linked to milk consumption and often presents in infants as an ear infection.

Perhaps we could let the cats have it after all?

10. A milk allergy could be fatal

Although around one per cent of adults are thought to be allergic to milk, drinking it has been known to be fatal. Unlucky individuals who are allergic to dairy are prone to vomiting, wheezing, stomach pain or a potentially-fatal anaphylactic reaction.