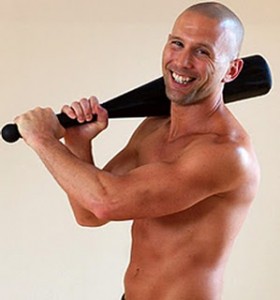 So many athletes and fitness enthusiast suffer from injuries due to joint pain from the lack of joint mobility training. Today the Flow Coach shares with us the importance of this exercise and how to begin experiencing the benefits.

Scott Sonnon: That’s a really good question. What I appreciate about this question is that what many people don’t realize about law enforcement, and military, especially on an elite level, is that there’s still a wide variety of fitness populations. You expect everyone to come out there with a commando physique, and it’s just not the case.

Things are actually changing, the fitness standards are getting lower and lower not higher and higher. You would think it would be the opposite, the problems are we’re losing the battle when it comes to people’s health. Our standards are not getting lower we just are not expecting more of each other.

Unfortunately, that is having a negative impact on most of the people who are serving our countries, and who are out there protecting us while we get to enjoy the luxuries of our freedoms. However, what we do see is that the nobility of the profession is still holding and in that profession you don’t have very much time to waste.

American’s have very BUSY LIVES, I don’t know who out there wants to invest two to three hours a day in the gym, not including travel to and from, and all the meal prep that help you optimize your performance at the gym so that you can achieve the fitness goals you want.

Research shows you should be able to work out at the gym or even at home for 20 minutes a day three times a week producing fitness results. It is possible with the right type of training you can in two hours a week achieve the same thing that you can in 10 hours a week with endurance type training.

People who are in their 40’s, 50’s, and 60’s are at such an accelerated rate of decay that any type of exercise actually accelerates recovery. So, what kind of movements accelerate recovery?

This is what most people come to me for. It’s not performance that they want, its painless performance. They want to be able to move and do the things in their vocations as well as their lives without pain or injuries.

Yoga is supposed to be this magnificent healing modality, and it is, I don’t want to upset any yogi’s out there who might stage an assault on my house. However, take a look last year’s yoga journal it reported that yoga itself in America had a 9% injury rate from taking yoga.  One in ten people would leave there with an injury that would prevent them from having the ability to do yoga.

These are the things that the units I train need and inadvertently what the general fitness population requires.

Stay tuned for tomorrow as TACFIT author Scott Sonnon takes us through functional training and a slogan he uses to describe it in part 5 of our expert interview series.