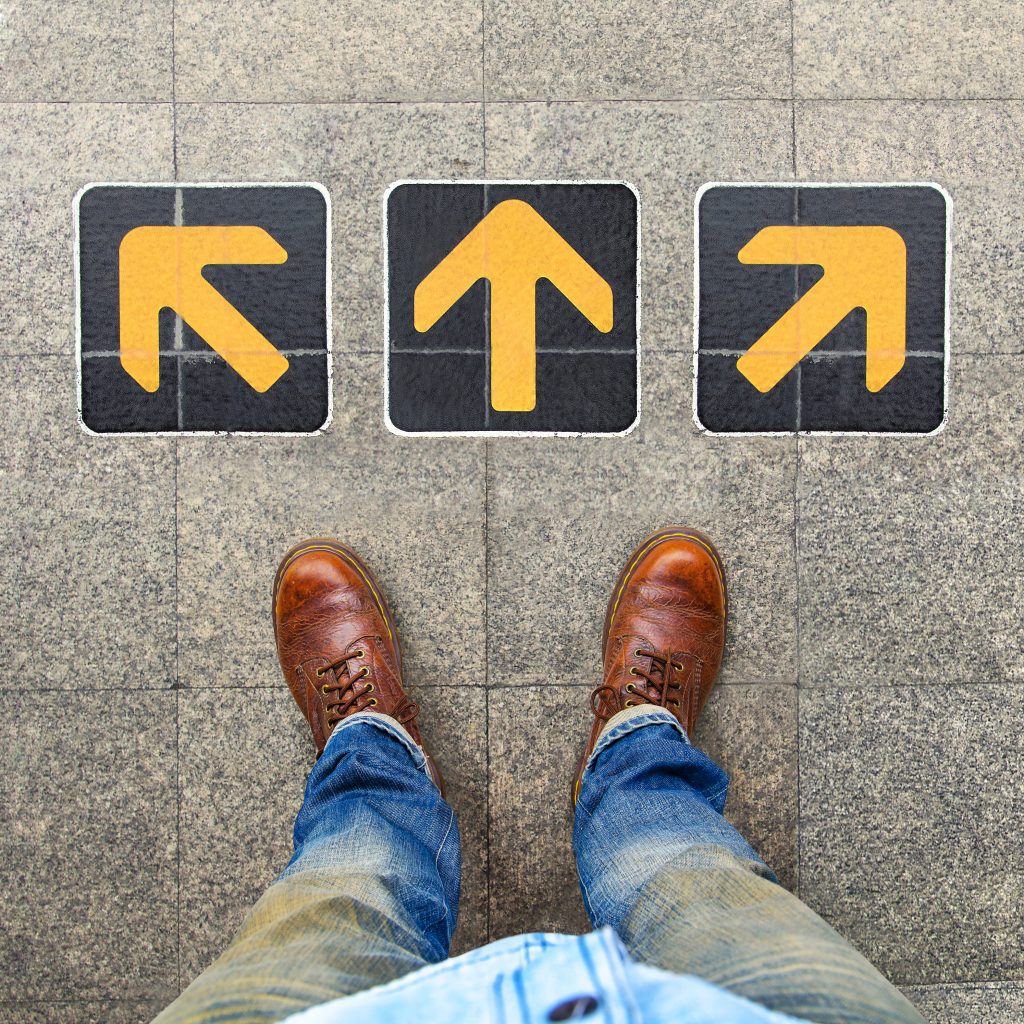 Make this action decision to not care. Not caring is tough. But it’s important.

Not caring is tough. But it’s important. It helps you deal with criticism, and more importantly, it helps you get closer to your mission and vision because you aren’t impacted by what others think of you.

Today I want to show you how I was able to stop caring about what others think – and how that has helped me accomplish more than ever before.

(Hint: You have to prioritize what matters.)

Back in 2007, at reader request of a reader, I created a fitness video called “Bodyweight Butt Exercises”. The day after, when my video editor had posted it, I thought to myself, “Why did I do this? It’s so dorky. It’s downright awful.”

And then I had an epiphany…

It didn’t matter that it was up there, it didn’t matter what other people thought about it…it just didn’t matter. So I have a (bunch of) silly, embarrassing videos on youtube, many of which has been watched over 250,000 times, and I’ve united thousands of teenagers around in the world in their making fun of me. Big deal. It’s not something to care about.

I helped someone out, and if people don’t like it, or if it looks goofy, so what. It just doesn’t matter.

That was the day I stopped caring.

Now it’s easy for me to talk about the 12 Rules that guide my life (no matter how weird someone else might find them) or the impact that my dad’s drinking had on my life. Also, it was a big lesson for me to understand that I must write in a way that repels some people in order to develop a greater attraction to the people that matter, like you.

And so the “day I stopped caring” was a watershed moment, because it allowed me to write articles like this for you.

“Why I Should Be a Failure”

Last year I spent Memorial Day weekend down in beautiful San Diego. The hotel was packed with young college graduates attending their ceremonies in the adjacent convention center. It was a very big day in their lives, and one that all started years ago when they made the big decision to invest (heavily) in their future.

That reminded me of a big decision I once made back in 1998, when I chose to spend another two years in graduate school getting a Master’s Degree in Exercise Physiology.

That was followed by an even bigger decision in 2000 to commit my career to building a website-based business, long before the first iPod, or before there was a Facebook, and even before Google was the juggernaut it has become today.

I knew at a young age that writing and helping others was something I was destined to do, and I committed fully and completely, and I don’t regret my decision for a second.

As you know, there are many times in our lives where we must finally make a big decision. To “fish or cut bait”, as the old saying goes.

For example, most of us are quickly realizing that we cannot trust big corporations or the government to protect our financial futures, and that we must be do something about it.

Whether we follow through or not is up to us.

One of the most accessible ways to grow your income is a website based business. It can be started anytime, anywhere, for the same money you might spend at Subway for lunch (it costs less than $10 to register a website domain name, and there are several ways you could start making money with that alone).

Of course, too many people reading this email will file this under the category of, “sounds good, maybe later” or worse, “sure, he can do it, but I can’t.”

But let me tell you, as a fitness expert who has spent the better part of two decades in the world of body transformations, I’ve found that almost anything is possible. Men and women of all ages, backgrounds, and “bad genetics” have overcome obstacles to lose 30 pounds, 50 pounds, 200 pounds, or more.

What was the common attribute among them all?

A burning desire to succeed.

And in the past four and a half years since I began coaching other men and women on building their own website businesses, my observations have been the same. It doesn’t matter who you are, it doesn’t matter how great the odds stacked against you, because if you have an indomitable will to succeed, a positive attitude, a never-quit disposition, and the ability to work hard at implementing proven systems, you can lose 100 pounds or build a $100K per year income. Period.

Still, I know you might be clinging to the argument that there are just too many reasons you can’t.

Listen, let’s settle this once and for all.

Do an exercise with me, will you?

I’m going to show you two sides of the coin… two sides that exist in everyone’s lives.

So grab a piece of paper, and draw a line down the middle.

I’ll do this exercise with you, but I’m going to do it as if I was a 24-year-old living in the year 2000, deciding whether or not I could succeed by selling my fitness information on
the Internet.

Here’s what I wrote down.

I’ve held nothing back, and you can’t either.

Why I Should Be a Failure

1) My well-meaning Mom wanted me to get a safe job, like an accountant…she worried I would end up working in a factory where she worked.

It didn’t help that the most recent applicant the factory hired had the same undergraduate degree as I did (a Bachelor of Kinesiology).

So shouldn’t I just give up on my dream, and settle in to something safe and familiar? Who was I to enter a completely new industry and try to help strangers?

2) My Dad was a 3-decade strong alcoholic. A hard-working man who would die too soon, and who squandered an enormous amount of talent because he couldn’t conquer his demons. His brother was also an alcoholic. So didn’t this give me an excuse to be one too?

3) I’m cheap. This cost me dearly in the early years of my career, when I was too pennywise and pound-foolish to invest in a mentor or coach. It wasn’t until 2006 that I finally smartened up and my business almost doubled in 3 months.

Two years later I met a business partner that is helping me achieve my greatest business goal ever – which I’ll soon be announcing to you.

Makes me wonder what I missed out on because of my failure to invest wisely.

I didn’t have a clue about building a website, fixing a webpage, or setting up an online shopping cart.

And remember, this was long before easy-to-use options like WordPress existed. Heck, “blogging” wasn’t even a verb in 1999.

Fortunately, I soon found that the technical aspect could – and should -be delegated to others.

The real business building comes from product creation and selling, and so I focused all of my time on that.

In fact, the more successful people I meet, the more I realize that the LESS you know about the technical aspect of a website business, the MORE successful you will be (Mark Zuckerberg excluded).

When I arrived home each night, my eyes were too glazed over to even attempt to sit in front of a computer and write.

So I did the only thing left to do, I started getting up 30 minutes earlier every day. During that precious 30 minutes at 4:30am I was able to get “2 hours of work done” and move
my business ahead one step at a time, slowly but surely as I built a full-time income from this part-time project.

Those were my excuses. Fortunately, they were far outweighed by my advantages, or perhaps I was just too naive to pay attention to them.

2) I learned to create a time and energy management system where I would work on important projects when I was mentally alert and creative.

3) I could build connections. When you help others, people will help you. I discovered this early in my career, and have used this as the foundation of my success.

4) Despite the “adversity” within my family, my mom and dad were incredibly supportive.

Everything I learned about hard work I learned from my parents.

I can’t thank them enough for having patience with me and letting me “try out this Internet thing”.

(Although I’ll be honest, to the day he died in 2008, I’m absolutely certain my father had no idea what I did for a living. Then again, he NEVER once used the Internet.)

That’s it. My Advantages are not exclusive to me, and hardly impossible for anyone to include.

So I’m sure you’ve made two equally strong lists.

Both with powerful reasons for success and failure.

Two sides of the coin.

Which one will you choose to look at?

Your decision makes all the difference.

So let me leave you with this…

In the summer of 2009, I traveled to Independence, Ohio to attend an information marketing seminar by Dan Kennedy.

During that weekend he spent almost as much time on mindset as he did on marketing strategies, and emphasized again and again how overcoming resistance is one of the 7 keys to financial success. It was a profound weekend.

I’ll never forget when he said…

“The failure to act is much more often a product of inner, emotional resistance than external resistance. To move forward, you must give up your story, whether it is excuses about your childhood, lack of education, ‘bad luck’, your unsupportive family, or where you live.”

On that day, when I heard Kennedy say that, I decided to take a blowtorch to the adversity side of my coin. I tore that sheet in half and got rid of my excuses forever.

What will you do?

“I will write with honesty and feeling.” – Ted Nicholas

Posted in Wealth and tagged Internet Independence, Product Launch, Selling
This error message is only visible to WordPress admins