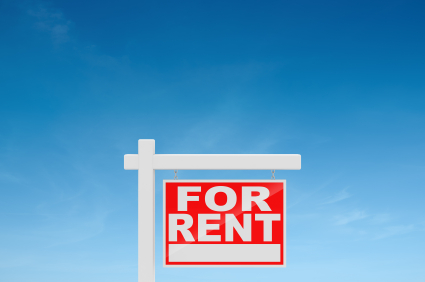 In the mid 1980s, a few years after I “decided to be rich,” I bought my dream house. It was a 4,000-square-foot chateau-styled, custom-built, five-bedroom home in a very nice gated neighborhood called Les Jardins in Boca Raton, Fla.

The cost of the house was about $600,000–more than I ever imagined I could afford. But thanks to the success of a business I had started, I had socked away about $125,000, and that was enough to cover the down payment and closing costs.

Telling the real estate agent, “I’ll take it,” gave me a great, memorable feeling of the power of wealth. I knew, even then, that this purchase would be a milestone in my life.

What I didn’t know was how many different lessons I would learn from it.

Deciding to buy my dream was euphoric. But signing the loan documents evoked a very different emotion: an ominous weight.

The title to this magnificent house was in my name. But I owned only one-fifth of it. The real owner was the bank.

I didn’t like the idea that if things went awry, I could lose “my” house to this corporation. So I decided to devote every extra dollar I made toward paying down the mortgage. I put no money away for my children’s education or my retirement. I didn’t even have an emergency fund. It all went toward my goal of really and truly owning my house.

But life had more lessons for me. Just a week or two after paying off the mortgage, I received my property tax assessment for the year. It was something like $22,000. “Holy cow,” I thought. “That’s more than Kathy and I ever paid for rent. And I’ve got to pay this every year, without fail, as long as I own this house.”

The next week, I received a notice about the homeowner’s association fees: They would be going up to $4,000 per year. And then, the following week, I wrote checks to cover our monthly bills. These included about a half-dozen expenses that related directly to the house: electricity, gas, lawn maintenance, etc.

I realized that even after paying off a mortgage of $600,000, I was not in any way financially free. To possess and occupy that house was going to cost me more than $30,000 per year–for as long as I “owned” it.

I learned two important lessons from this experience:

The same is true for boats and planes and beds and exercise equipment and machinery and so on. This rule applies to about everything you buy that cannot, like food or medicine, be consumed.

Thus, my happy delusion about ownership was shattered. But it wasn’t a bad thing. Not at all. It gave me a very useful insight into the cost of possessing things–an insight that has helped me make countless buying decisions since.

A New Way to Think About Ownership

Nowadays, when considering the purchase of a car or boat or a set of golf clubs, I don’t pretend that I will have them forever. I take a deep breath, calm down my greedy little heart, and make a realistic estimate about how many years I will actually use this desired object. I then calculate its total cost of ownership on a yearly basis.

In other words, rather than telling myself that this truck is going to cost me $25,000 (because that’s the sticker price), I do a full calculation of everything I’ll likely pay to own it for, say, 10 years, and arrive at what it will cost me, on an annual basis, to possess it.

I’m sure there are plenty of smart people who do the same thing. But I’ve never heard anyone say so. Nor have I read about it among the books on finance that I’ve read. So lacking a dictionary term name for this idea, let’s create one. Let’s call it the cost of possession.

And to reiterate: The cost of possession is the full cost of using any non-consumable good, from a house to a car to a fountain pen, over a given period of time.

I said that understanding this idea has helped me become a better buyer of things. Let me give you an example–an issue that comes up all the time that you may have wondered about yourself.

An Old Debate: Own or Rent?

Many people believe that owning a house is always better than renting one. They point out that when you own a house, you get the benefit of price appreciation.

“Why should I fork over several thousand dollars per month in rent if, at the end of the day, I have nothing to show for it?”

The answer to this question becomes clear once you apply the principle we’ve just discussed–the cost of possession–to the decision at hand.

Recently, for example, I went shopping for an apartment in New York City. K and I were looking for a pied à terre in downtown Manhattan so we could be close to two of our sons who lived in Brooklyn. I could afford to buy the apartments we were looking at, but because I thought in terms of the cost of possession, I was pretty sure that they would be a bad deal.

A little bit of arithmetic will demonstrate what I mean. The apartments we were looking at were in the $1.3-1.7 million range. To make calculations simple, let’s assume I bought an apartment for $1.5 million and held it for 10 years. What would be the cost of possessing it on a yearly basis?

Now let’s look at the other costs of possession.

First, when you own real estate, you have property taxes. From what I had seen, I would have been paying about 1.5% on the appraised value of the apartment. The appraised value would very likely be the price I paid for it. So that is a cost of $22,500 per year.

Then you have the association fees: The apartments I was looking at averaged about $35,000 per year.

Then there is insurance, maintenance, and so on: I estimated they would run me $22,500 per year.

So the total cost of possessing that apartment on an ownership basis would have been $80,000 per year.

You would think that if the rental market were “efficient,” the rental costs would amount to about the same thing: $80,000 per year. In fact, because of factors we don’t need to discuss here, it would have cost me less than that to rent these apartments. My best guess is that it would have cost between $4,500 and $5,000 per month, including fees, to rent an apartment.

So, in this case, renting was the better choice.

You can do the same analysis with cars. Rather than pretending that the sticker price of that Mustang you want is the cost of owning it, consider all of the costs of possessing it—such as insurance, gas consumption, maintenance, and depreciation (i.e., cost versus resale value). Then make a realistic judgment about how many years you will keep it, and then you will have your annual cost of possession.

By approaching it this way, it will be very easy for you to compare leasing (renting) versus owning. You won’t make the mistake of thinking that either the sticker price or the monthly lease rate is your cost.

My housekeeper just found that out. She told the car dealer that she could afford to spend $300 per month and not a penny more. She further told him she could not afford a down payment. When he presented her with a car that met her expectations, she figured she had a good deal.

Two years later, when she discovered that she had already exceeded the mileage allocation for three years, she realized the truth. The car was going to cost her about $8,000 more over three years ($220 per month) than she had believed it would.

Understanding the cost of possession has saved me hundreds of thousands of dollars (if not millions) in these past 30-odd years. Discovering it was a big, big eye-opener. I hope this has had the same impact on you.

What I want you to take away from this essay is this: When making decisions about buying, renting, or leasing anything, always remember to include all of the costs involved. Then divide them by the number of years you expect to use the thing you are buying.

This will give you the real cost–the cost of possession. Once you get the knack for the arithmetic, it’s easy to do. You will make smarter decisions and have fewer regrets. And the salespeople you deal with will begrudgingly admire you!