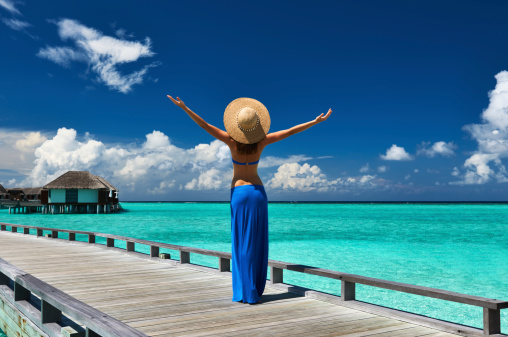 Huguette Clark seemed to have almost all the money in the world.

She would generously give thousands of dollars to friends or strangers going through difficult times that she had seen in a local news story. She also bought rare art for over a million dollars a pop. Huguette, as it turns out, also had a thing for collecting antique dolls, and price was no object. She even bought cars for her nurse’s family and a new home for them when they outgrew their small apartment in New York City.

Huguette loved the dopamine rush that accompanied writing a big check. Like you probably do, she found spending to be quite pleasurable.

The dopamine rush we experience with each purchase is a proven chemical reaction in the brain that plays the major role in the emotional rewards we seek. It’s the same chemical that is released after a binge of cocaine, methamphetamine or a chocolate lava cake. It’s also what keeps us constantly checking our emails and Facebook pages.

With those comparisons, you can see how addictive spending can be. It’s not your fault you enjoy the rush. Maybe you’re a generous giver. Maybe you sometimes buy in a frenzy or on impulse.

But there’s one thing I do know. You can’t get away with spending the same way Huguette Clark did.

Even after all of her spending, almost $9 million across 300 checks per month (all still handwritten by Huguette), she still was able to leave a $300 million estate to her heirs. That’s why her bank account was a dream. Huguette was the daughter of copper mining magnate W.A. Clark.

Many people place W.A. Clark as having greater wealth than John D. Rockefeller. Rockefeller may have had more cash in the bank, history will show, but Clark owned just about every copper mine across the United States by the late 1800’s.

That allowed Huguette to live for the next 80 years on the passive income generated from her father’s wealth. And that brings us to the lesson you need to learn today.

Buying luxury items should ONLY be done with passive income.

Unfortunately, too many people make the mistake of buying luxury with their active incomes. I see it all the time. Recently a work colleague spent every dollar of his bonus on a brand new BMW. Worse, some friends go into debt for the luxuries.

Others justify the need to upgrade their home and dip into their savings to spend thousands of dollars on a bigger mortgage or renovations.

Sometimes it’s subtler. I have a friend who collects rare beers (which don’t age well like wine) and another that plunks down $5000 on expensive training bicycles for his triathlon addiction.

Yet all of these are luxury items and eat away at investment capital that should be better put to use.

You see, every single friend would regret this buying behavior if they lost their active income tomorrow.

Active income should be treated much more conservatively. To be clear, active income is any income that you need to be physically present in order to earn. You don’t make money unless you’re working to get it. This includes your paycheck if you are an employee, or the money you make writing copy as a freelancer.

Passive income, on the other hand, doesn’t require you to do any work. You get paid for allowing other people to use your assets. This income comes from rents, dividends, royalties on previous work, or interest payments.

Remember, it was passive income, not active income, that allowed Huguette Clark to spend such large amounts of money and still pass along a massive estate to her heirs.

When you spend active income on luxury items, you damage your finances. Active income should go into one of three buckets; spending, saving and investing. Mark Ford best describes this philosophy here.

By the way, the “spending” bucket is NOT meant for buying life’s luxuries. I define luxury as buying something that could be found at the same quality for 30% cheaper.

This way, you only need to ask yourself one question when deciding if what you will do is luxury or not. While thinking of the expense you are about to incur, think to yourself “How can I do this for 30% cheaper?”

We can walk through some examples:

Brand-name goods, such as luxury purses, jeans, shoes, and coats. You can buy similar items for almost 90% cheaper that will last just as long. Besides, styles come and go, and the luxury could end up in your closet collecting dust.

The list goes on and on. Your challenge is, at the moment of decision when tempted to purchase luxury items, is to think through the consequences of your spending decision to know if you could accomplish the same thing for cheaper.

Ask yourself this question, “How can I do this for 30% cheaper?”, and you’ll buy less unnecessary stuff at more reasonable prices.

If you don’t ask this question when spending, your addiction to a spending induced dopamine rush could easily consume all of your active income. But by following the “no luxury goods with active income” rule, it forces you to allocate some of your income to saving and investing.

When you want a luxury item, you have two steps to achieve before you can buy it.

First, build up a “war chest” by saving at least three months of your monthly expenses. Preferably six months.

Saving is simply reserving cash for future spending. Buying a luxury item with savings is stealing from being able afford your future living expenses.

After building up your war chest, begin investing.

By focusing on higher cash flow investments, you become more disciplined in your investments. We will discuss specific investing strategies in future issues.

It is only with cash from your investments that you can buy luxury goods.

This is cash that didn’t require any work on your part. Your money just made money. It’s not only rewarding, but it leads to less regret.

Spending excessively with cash from investments doesn’t hurt you.

Your war chest is still available to cover future expenses.

And your investments haven’t lost their principle value.

You’re no longer stealing from any of the three buckets to live a life of luxury.

Huguette Clark lived a life of luxury. She spent and gave away millions of dollars each year. But for over 90 years, this spending never dug into savings or investments.

She spent income from passive investments NOT her active income.

She could spend generously, without regret.

You can do the same if you don’t spend your active income on luxury items.

[Ed Note: Jeff Schneider is the COO of Early to Rise. He has worked as a regional controller for a Fortune 50 company and built a financial consulting business. Aside from the normal lemonade and doughnut stands, he made his “first sale” for his own product when he was 16. In his most recent venture, he used his CPA training to consult with thousands of individuals on the best way to protect and invest the wealth in their retirement accounts.]

Posted in Personal Finance, Wealth
#repost from @motivationmafia With all the hard w