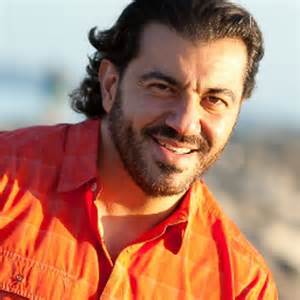 Hey, I’m off to Vegas this weekend for a big seminar. There will be plenty of stories to share. Speaking of which, if you’re a good storyteller, like my friend Bedros Keuilian, you can make a LOT of money. Today, Bedros shows you how…

The 8 Steps to Selling Through Stories

Hey, today I want to tell you a story about my friend, Josh Carter.

The year was 2001 and Josh was a personal trainer working in a “big box” gym. He loved what he did for a living… he’s a gifted trainer and coach who is passionate about helping others achieve their fitness goals.

But he always felt something was missing…

Josh knew that there were some trainers out there who owned their own gyms and he often wondered if he was cut out to be one of them.

Like many of us first starting out Josh had reservations about his ability to become a legitimate business owner.

It was about two years later that I met Josh Carter at the IHRSA convention in LA – the year was 2003.

I was there working at my Hitech Trainer booth trying to sell the first version of Hitech Trainer – a palm pilot driven workout program – to gym owners.

This was my pitch: “Imagine if your clients had their personal trainer in the palm of their hand”.

The idea of people walking around with palm pilots and working out with a digital trainer was was a dud… or maybe just far ahead of it’s time. I had borrowed over $100K for this failure of a product and had nothing to show for it.

But it did spawn HitechTrainer.com, a web based online personal training program… which was a success and was used by hundreds of fitness pros worldwide between 2003 – 2007. Thank God I was pig headed and refused to give up! lol.

But this story isn’t about my failures and success in life… it’s about Josh Carter, so let us continue…

Anyhow, I met Josh Carter at the IHRSA expo and tried pitching him on Hitech Trainer, he didn’t like the idea and rightfully blew me off.

I suppose the only smart thing I did from first meeting Josh was to get his email address and added it to my mailing list.

About two years later Josh purchased what was the first version of The PT Business Course – my flag ship info product.

By this point he was ready to become a fitness business owner. He had thought about it far too long and was now ready to get the blueprint and learn how to go from working in a gym as an employee to becoming a business owner.

The year was late 2005 or maybe early 2006 and Josh hired me as his business coach for a weekend.

I remember sitting in what would later become Carter Fitness, but at the time it was four plain walls and a concrete floor – a big square room with nothing in it.

We sat there all weekend on two milk crates and mapped out his marketing, his program pricing, his USP, and then we role played what would later become close clients.

…but I knew this was a man determined to make it as a fitness business owner.

Soon after Josh opened the doors of Carter Fitness. It was a bumpy go at first, as it often is with most entrepreneurial ventures.

He had some set backs, challenges and occasional victories.

Each set back was masked as a lesson and he knew it.

We’d get on the phone together and figure out what went wrong and how to solve the problem so that it never happened again.

Each victory is was documented in detail and he figured out how to make it a repeatable process so that success would become predictable.

Josh developed new skills that he previously never had…

He learned to sell, to overcome objections, build an email list and communication and connect with that list in a meaningful way that positioned him as the local fitness and fat loss expert.

Trust me when I say his first couple of dozen email broadcasts were awful.

He sometimes even got hate mail from the people on his email list because his writing was so bad.

But he was determined to hone in his craft of marketing, lead generation, selling, referral getting, and email writing… it was either that or let his family down by giving up and going back to working for a big box gym.

Make no mistake about it, the idea ran though his mind, but that’s where it stopped.

Josh had a bigger purpose… his two boys and his wife Denyse. If not for them he may have shut the doors to Carter fitness and gone back to working for someone else.

In the beginning not every month was profitable for Josh, but he stuck to it and was determined to figuring it out.

One learns a lot of lessons about business in general as well as who they are as a person through adversity, set backs, and his or her ability to overcome and not giving up.

Unknowingly, Josh was like a hunk of metal in the hot flames… though adversity, trials and challenges he was being forged into an indestructible and fiercely shape sword – in other words into an entrepreneur of the highest caliber.

Maybe you can relate to this part of his story?

Fast forward a few years and Josh had out grown his first location… so he went on and opened up a larger location down the road and become known as the legendary Josh Carter, the Body Transformation Expert.

His bright blue rugged Toyota FJ Cruiser proudly sporting his logo and contact info is know throughout his community and routinely gets him new leads and clients as it lumbers throughout his city.

Today he not only owns Carter Fitness but he also owns a Fit Body Boot Camp and has become legendary at sharing, teaching, and giving back to our community.

His businesses are packed with clients and he’s got them to the point of automation which allows him to help more people.

I guess you can say that Josh has come full circle, because today he’s part of the leadership team here at FBBC HQ and his main focus is to coach, mentor and guide our owners to massive success by drawing on his personal experience of growing and maintaining successful fitness businesses.

Now if you’d like to get the same type of coaching that got Josh Carter on track to becoming a successful business owner then click here to join me and Craig at our next Info Mastermind meeting.

This is what story selling is all about. And it’s possible through an easy to follow formula.

In literature this is called the “Hero’s Journey” and every movie that you see and most all fiction that you read follows this formula.

People resonate and learn from stories much better than facts and figures. The process, which I’ve outlined below, can be used in your email case studies, Facebook posts, used in live group or one on one selling and even built into sales copy, too.

The reader instinctively inserts himself into the story as the ‘hero’ and takes the journey in your story.

Of course where it’s most powerful is that in your story the hero gets or achieves the reward… in real life the reader is left without the reward and therefore must take action on your offer in order to complete the journey and achieve the reward.

This is why story selling is so powerful… it works on a deeper, more subconscious level forcing your reader to commit to and resonate with the hero’s journey. And that dramatically increases the odds of the reader, listener, viewer taking the desired action that you want them to take.

It also creates a deeper bond with you, the story teller which is how you become the expert and authority.

SO WHAT’S THE FORMULA TO TELLING STORY’S LIKE THIS?

If you go back and read the the story I shared with you about Josh Carter, you’ll see that it follows that of the hero’s journey.

In fact I shared two stories in it – my journey as well, but with the main focus being on Josh’s journey.

You can do this with client case study stories, blog posts, Facebook posts and even in person.

And then stories don’t always have to be long… they can be short and punch so long as they follow the formula above and pull the reader into the hero’s journey.

Hope this helps you become a better writer and story teller.