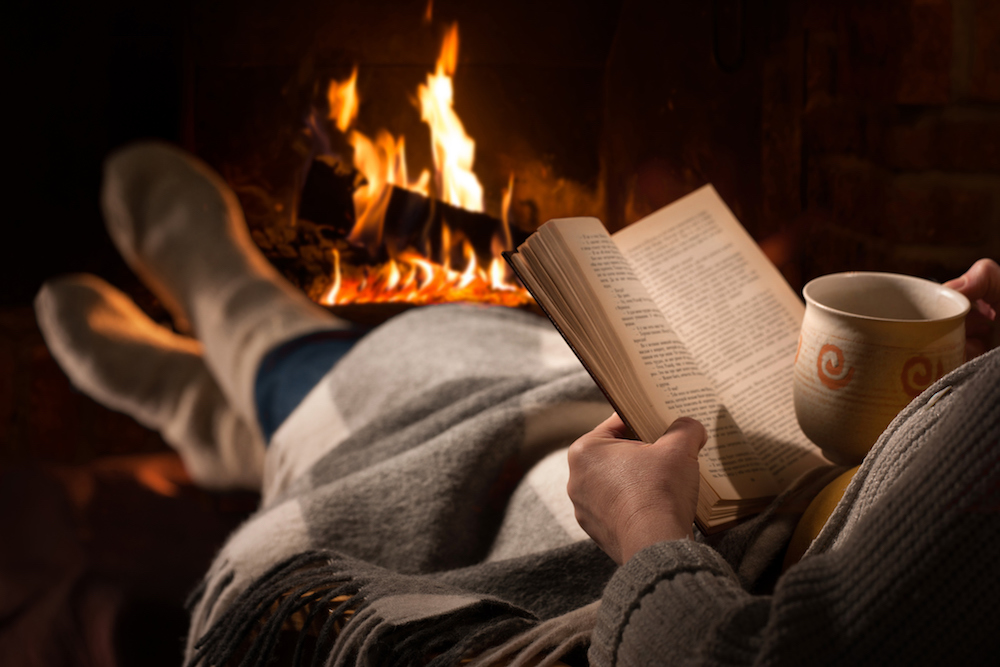 Conventional wisdom says that you should read only one book at a time.

Ludicrous, I say. Books are the spark of imagination and the engine of creativity.

Currently, I’m reading seven books at the same time. That may seem like a lot, but all seven actually work very well together.

Let me explain a little bit about each one, and then show you how they complement each other. By the end of this article, you’ll realize that reading multiple books at one time should actually be the prevailing conventional wisdom.

Grover was the strength and conditioning coach (personal trainer) for Michael Jordan and Kobe Byrant. But they weren’t the only top athletes he worked with; Grover’s clientele includes some of the most focused, disciplined, and competitive athletes in history. His stories about the singularity of their concentration can make you feel like an under-performer.

That’s why I find his book to be a great way to start my day; it provides the inspiration for me to push harder, do better, produce more, and do things that are outside my comfort zone.

My friend and client, Jason Capital—a young, ambitious entrepreneur—recommended this book. Many of my successful friends have books they refer to as “their bible,” and for Jason, this is it. Koch, a wealthy investor, first published the book in the ’90’s, but its wisdom has held true for decades.

Like “Relentless,” “The 80-20 Principle” gets a few minutes of my attention every morning. Koch’s promise of getting more done by doing less is one we’ve heard many times before, but he lays out a politically incorrect and experience-backed blueprint for building wealth, much like Felix Dennis in his book, “How to Get Rich” (another common “business bible”).

3. “The Decline and Fall of the Roman Empire” by Edward Gibbon

The annotated version of this 1700s epic tome clocks in at 1,200 pages of tiny font. My goal is to read four pages each night after dinner. At this pace, I plan to finish it almost a year to the day after I started it.

To be honest, I skim a lot of pages. It’s heavy reading, but the extensive research completed by the author, covering a span of some 300 years between Emperors Augustus and Constantine, is truly fascinating.

This book also overlaps nicely with the two books mentioned above. All three leverage lessons from history for the benefit of the present and future—although, admittedly, this book dives into more weighty topics like the origins of Christianity and the influence of religion on modern life.

Reading these three books simultaneously, and back-to-back-to-back each day, is like sitting around a fireplace in a cozy library. I can almost picture the three authors in front of me, each enthusiastically explaining why humans do what they do.

I marvel at both the breadth and depth of the author’s research in “Sapiens.” Harari’s tackles quite an ambitious goal with this book, documenting the many influences of evolution on our modern life, from the domestication of dogs to the rise of religion. It is, as other reviewers have said, full of “intellectual acrobatics and logical leaps that will leave you in admiration.”

Many evenings, I turn from Gibbon to Harari, absorbing two different perspectives on the development of the Roman Empire, Christianity, and early religion. The contrast between the two is fascinating and, not surprisingly, complementary.

This is the final book I read before bed. That’s not because it’s boring. Quite the opposite—it’s as good as reading any fiction novel, rich with characters and unbelievable plot lines. Admittedly, however, it density is enough to send me off to sleep after only a few pages.

5. “Skin in the Game” by Nassim Nicholas Taleb

Fair warning: When you read a book from Taleb, it’s like listening to a know-it-all schoolyard bully—but one who has the ability to charm you with enthralling storytelling and compelling logic.

Taleb is keenly aware of his condescending writing and just doesn’t seem to care.

If this book were written by any other author, then it would belong in the category I call, “Good idea, but should have been a six-page magazine article.” Taleb, however, spins story after story to make his point, and you soon wish the pages on which he connects history to present-day living—and stupidity—don’t have to end.

“Skin in the Game” is undeniably provocative, forcing you to ask questions about the nature of fairness, risk, and personal investment in just about anything.

Every business owner should read and re-read Wickman’s book annually. It’s on par with two others that have greatly influenced my entrepreneurial career: “Ready, Fire, Aim” by Michael Masterson (aka Mark Ford) and “The Secrets of the Rockefeller Habits” by Verne Harnish.

What is it exactly? A manual for business growth, and one that I go through slowly, taking out one big action item per day.

This book is one of the reasons I read multiple titles at a time. It’s a case for making the most of every minute of every day.

Many of the books I read get my mind racing with ideas for my business; this is one of those book. I began reading it on a long-haul flight recently from Toronto to Los Angeles. After only three pages, I set the book down and spent the next hour mapping out the schedule and keynote speech for our upcoming Perfect Life Retreat.

There you have it—the seven books dog-eared on my shelf (or in my bag) right now. Once in a while, I’ll open other classics like “The Art of Living” or “The Tao Te Ching” in hopes of solving a problem or getting a dose of daily inspiration. But for the most part, I stick to my core seven.

Now I know what you’re thinking. There are two questions always arise when I share my seven-book strategy, so let’s get right to them.

How do you find time to read?

I gave up television years ago. I just didn’t like having my time stolen through a hypnotic trance. On the other hand, getting lost in a book for an hour feels like time well spent.

Getting rid of your TV is probably the biggest step you can take to reading more books.

But I also read in the slivers of time in a busy schedule—between phone calls, while my tea brews, on the train, waiting for airport security.

Still, reading is a habit that many of us don’t have. My friend and bibliophile, Ryan Holiday, has some advice on that point: “You need to stop thinking of [reading] as ‘some activity that you do… [it] must become as natural as eating and breathing to you. It’s not something you do because you feel like it, but because it’s a reflex, a default.”

Audio books make this easy. You can begin listening in the bathroom in the morning, as you roll through your exercise routine, or in the car on the way to work. You might even be able to finish a short book, like my “Perfect Day Formula,” in a day.

Okay, that covers ONE book, you say, but what about seven?

Why read so many books at the same time?

Perhaps I’m simply nostalgic for my college days, when it was my daily duty to read fascinating studies on exercise physiology and case studies of human psychology at the same time.

In case you haven’t guess it, I love learning. I might even be an information addict. (If I ever visit your home, please remove all magazines from your coffee table, as I have an overwhelming—and slightly anti-social—urge to read everything in sight. Thank you in advance.)

The main reason I love to read multiple books at a time is the same reason I enjoy conversations with many different smart people:

Information is intoxicating and human behavior is fascinating. As I described earlier, each evening of reading feels like an author roundtable in an old oak library. I can imagine sipping Cognac amidst fiery exchanges with Taleb, Gibbon, and Harari. I can hear them debate the influence of history on modern life.

But there’s another, simpler reason. There are some days when I’m not in the mood for heavy mental lifting in a business context. I just want to hear tales of Michael Jordan chastising his teammates for not giving 100% every minute of every practice, or how Kobe was a stone-faced, unflinching, killer on the court. Having seven books open at any time gives me that variety.

To me, it’s no different than calling one friend to get you out of a bad mood—because you love their sense of humor—and another to give you sage career advice. Some books are for getting fired up (“Relentless”) and others are for winding down (“Sapiens”).

Here’s the bottom line: Books are wisdom-imparting mentors in life, and one can ever have enough wisdom—especially when it is given so freely.

Read up on Morning Success with the FREE Morning Routine Guide!