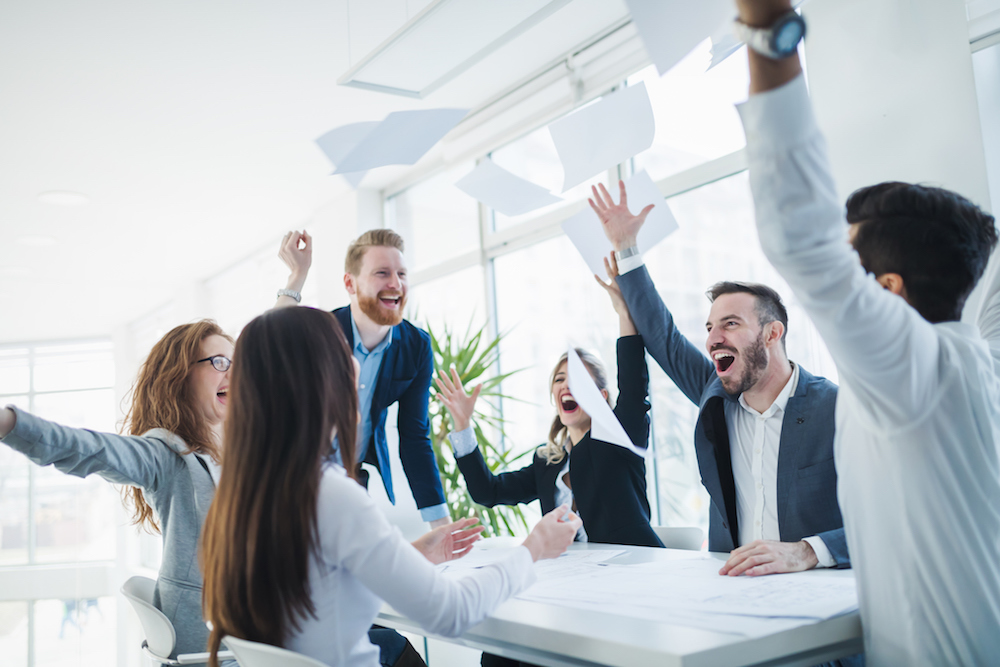 The business world is awash with wisdom. But in the sea of online compendiums and how-to books brimming with lessons, advice, and tips, how do you know where to start?

For that matter, who do you look to for advice? Musk or Buffett? Jobs or Gates? Shkreli or—?

Never fear. With the health and growth of your business in mind, ETR has assembled some of the most impactful lessons we’ve ever heard—one for every day of the (work) week. We know it’s not a “one-size-fits-all” situation, but these insights have had incredible import for millions in the business community. In all likelihood, they’ll be valuable for you, too.

If you’re hung up on all of the challenges that business can present, remember these words of wisdom from those who have gone before you:

This refreshingly healthy perspective comes from Google CEO Sundar Pichai. Sure, it may seem that the billionaire has plenty to be happy about—without trying to be happy—but Pichai learned a lot about happiness from his family’s struggles when he was a boy.

While technically middle class (his father made the equivalent of about $622 a month in today’s currency), the India-based family had little means for common Western luxuries. For example, Pichai would often sleep in the living room with his younger brother because the house we so small. And only after scrimping and saving was the family finally able to buy a scooter that they used for simple errands.

But he was taught the value of what was most important—family and education. A hard-working, intelligent student, Pichai took nearly every opportunity afforded him—and pole-vaulted to CEO of Google in 2015.

Along the road to success, Pichai also got married and had two children—who will be extremely well educated, he assures—while thanking his parents for their commitment to his own success by buying them a luxury apartment in India.

So why should he be happy? Because he has billions of dollars and landed the top job at the world’s biggest tech company? No. Because he stays true to the values that have always mattered most: family and education.

The investor of today does not profit from yesterday’s growth.

We recently covered some of the faux pas of 2017’s CEOs; one of the most egregious was the tired strategy of banking on past brand success for future profits.

Buffet hit the nail on the nose with this one. Yesterday’s success stories don’t determine tomorrows victories, he said—and while brands may last generations, they can’t ever remain stagnate. Psychological motivations, emotions, pressures, and influences on consumer behavior all determine whether the stock market rises or falls. So even if a company is well-thought-of on Tuesday, they may be anathema (or at least less profitable) on Wednesday.

Here’s an example: The rise in stock price for Apple shares between the launch of the original iPhone and iPhone 3G was about $15, or double the original share amount. That was when Steve Jobs was still around and the buzz about the trend-setting iPhone was still fresh.

Fast-forward to Tim Cook days and the launch of the iPhone 6 following the 5s/c. In that case, shares went from about $75 to $105, an increase of $30—only 40% of the starting share price.

In other words, innovation pays. Companies cannot rest on their laurels; even if products last, they must be refreshed with new components, functionality, marketing, or branding.

Your most unhappy customers are your greatest source of learning.

This one is widely circulated online—and with good reason. Bill Gates is credited with the quote, but it has been chanted in countless business meeting rooms all over the world.

As hard as we work to craft just the right buyer persona and consider every use case, nothing replaces the experience of buying and using a product or service as a consumer. And while it’s always been wise to solicit feedback from customers so that you can improve service and product quality, it’s even more important in 2018.

Here why: As Forbes writer Daniel Newman relates, customers are increasingly equating brands with experiences, and those experiences can be widely (and quickly) shared on social networks. If a company fails to value the significance of a customer’s experience, they set themselves up for bad PR instantly.

The good news is, you can garner more from online reviews than aggregate star ratings. Consumers increasingly want a voice in how their products are made and delivered, and so are willing to articulate their concerns and complaints in detail. Businesses can learn a lot from vocal commenters on sites like Yelp; they just need to take the time to pay attention and start a conversation. (But quickly—before all of that bad PR builds up.)

This nugget of wisdom comes not from a business magnate, but from a politician—the great Winston Churchill.

We included this one because of the increased importance of community engagement and “purpose” in today’s work world. Speaker/author Simon Sinek zeroed in on this during his discussion of the “Millennial Question,” noting that most Millennials need to feel their work has purpose beyond a paycheck.

A 2016 Harvard Business Review study brought this to the fore: Far more than GenXers, Millennials value a work environment that fosters growth and opportunity. And that opportunity is not just about jumping up the corporate ladder. It’s about improving their communities.

Forbes Writer Sienna Zampino says it best: “Millennials are concerned with [things other than money]. Money is important and they do enjoy making it, however, they long to be part of something bigger than themselves. They want to be happy at home and happy on the job—money is somewhat secondary.

Organizations who wish to prosper will focus more time on meaning at work, have an organizational purpose and contribution which gives people a sense of satisfaction and a genuine feeling that they are making the world a better place.”

There is no such thing as failure. Failure is just life trying to move us in another direction.

Media darling Oprah gave us this mantra—a charge of positivity in a business world that can so easily be trampled by failure. And to bring our mantras full circle, it is Sandar’s exhortation of perspective that enables us to take slip-ups and make them profitable.

History is full of examples of products that met the world with abysmal failure, only to turn around become long-standing success stories.

Bubble wrap, for example, was originally conceived as textured wallpaper. When IBM adopted it to wrap up their computers, however, it became an overnight success as packaging material.

The pacemaker was originally meant to be nothing more than a rhythm recording device. A couple of fumbles later and the creator realized the resulting pit-pat was just like a human heartbeat.

Nintendo—now a household name—bombed when it first hit the market in 1985. But in short order, the company introduced the Mario Brothers and American gaming was changed forever.

Failure, as Oprah so astutely observes, is nothing more than an opportunity for us to continue to innovate and push into new realms of creativity. It should never stop us moving forward.