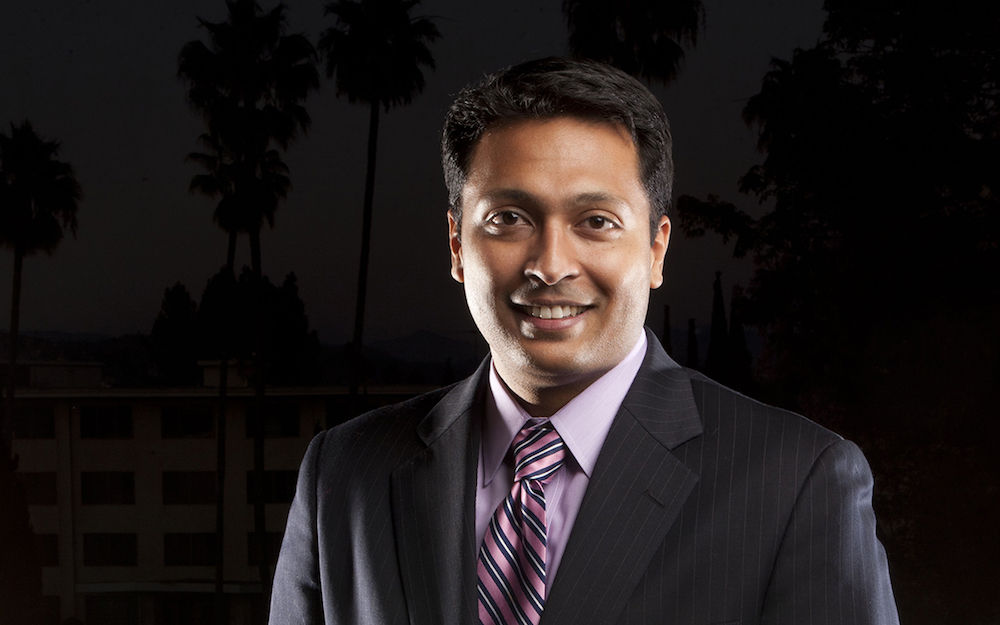 “Every distraction costs you a fortune,” my friend Sharran Srivatsaa said to me on a beautiful SoCal morning. We were at the Newport Beach offices of his new project, Kingston Lane, a company that is developing an app to help real estate agents generate new leads.

Sharran, known for growing his real estate company, Teles Properties that helps consumers sell their home, ten-fold (from $300 million to over $3 billion in annual sales) in just 5 years, insists that entrepreneurs have singularity of focus.

However, too many business owners boast about having “entrepreneurial ADD,” dabbling in a slew of projects at the same time. They have a habit of beginning projects, writing books, starting clothing lines, etc., simply because their peers are doing it.

But this chasing of shiny objects—because the grass always seems greener on the other side of an opportunity—often leads to more stress and less success.

Sharran is clear on this point: Singularity of focus is the key to success, not only for the business leader, but for the team as well. No more ADD project development.

“Every day while building Teles Properties, I had 15-minute phone calls with each of the core groups (agents, marketing, and so on) beginning at 9 a.m.,” Sharran explained to me. “Everyone showed up ready to explain what they did the previous day and with a plan for the current day. After that, I had a longer meeting with the executives of the company. Those two hours of meetings gave our team a company-wide singularity of focus that supported rapid growth.

“Immediately after our meetings, everyone went into what I called our ‘Hour of Power.’ Every organization needs one. This is the time you work as an entire organization to create momentum on your most important metric: leads, active users, appointments, etc. When you have this in place, you know that real work is getting done because the company is sticking to a singularity of focus.”

Not only does Sharran see the importance of focus, but he also has a gift for identifying the processes in businesses that can be streamlined or improved—all to secure higher profits. He does this by crunching the numbers and creating efficient systems that support the biggest possible revenue.

Sharran did this by working with Tom on phone sales scripts and building a system to generate higher quality leads from the hard work that Tom’s team was already doing.

“Tom was already focused and doing the work,” Sharran said, “so I just helped him make his efforts more effective. Too many business owners attract the wrong prospects, even though the perfect prospect is just as easy to attract. The first thing we had to do was change Tom’s targeting. It was too scattered, and we simply narrowed it down to a more focused, and profitable, prospect.”

“Another area where most business owners fall flat is the sales process. They are just ‘winging it’ on the sales calls. But,” Sharran said sternly, “if you don’t script, you don’t care.

“Back when we started growing Teles, I went out on over 100 agent appointments. Over time, we refined the entire home-showing process down to a series of specific questions that agents were required to ask. When they did, their closing rate went through the roof, and our sales doubled, tripled, and then 10X’d.

“Pro’s don’t wing it,” Sharran tells me. “Broadway plays aren’t made up as you go along. Sales appointments can’t be random, either.”

Write the next success chapter

While turning Teles Properties into a 10X machine, Sharran developed a “rock star” reputation in the real estate industry. High-performing agents were throwing money at him to be their coach, and to start new ventures.

After selling the company to Douglas-Elliman, Sharran easily could have become overwhelmed with opportunity, but instead, he found a single opportunity to focus on.

But while figuring out where to focus seemed easy to Sharran, it isn’t for most people. So I asked, “How did you know what to do next?”

“I had a lot of ideas,” he replied, “but in order to quickly get to a singularity of focus, I emphasized getting proof of concept on a few projects. We kept our tests small, but ran a lot of them—fast.

“At Kingston Lane, we knew that most agents hated trying to set up ads and that they had no time to send out newsletters—or knowledge of how to do it,” Sharran explained. “So, we set up an automated system that removes the online marketing hurdles that stop many agents from having a steady stream of qualified prospects. It’s a done-for-you, push button approach to success. There’s nothing else out there like it.”

That’s another one of Sharran’s secrets to success. When you identify an opportunity and build proof of concept, your next step is to become a category of one.

Make yourself category of one

“You need to build your ‘only’ statement, Craig,” he told me. “What is it that only you and your company do? When you have this, you can stand out and be the only solution for your prospects.”

Sharran challenged me to explain my coaching program. At first, I struggled. It’s the only coaching program with me, of course, but that wasn’t enough. I stuttered through a few generic claims, but after 10 more minutes of being grilled by The Machine, we eventually settled on a solid statement based around the high-level accountability that is ONLY offered by me:

“This is the only 12-month accountability and mentoring program for business owners who want to grow faster while achieving work-life balance.”

I met with Sharran that morning to help him through a couple of productivity issues, but after 90 minutes with The Machine, I left with a clear path to 10X my business. He’s an incredibly gifted visionary.

Sharran agreed to be one of our speakers for the Perfect Life Retreat on November 8-9 in San Diego. Plus, he’ll be leading a roundtable discussion on the evening of November 8 during our bonus networking and Retreat party. Don’t miss it. A single discussion with The Machine could 10X your business faster than you ever thought possible.

Visit this page to get your 2-for-1 ticket to the Retreat and access to our bonus “Night of Networking” with thought leaders in multiple industries—from authors to fitness experts, business coaches, and real estate gurus.

Sharran and I look forward to seeing you there.