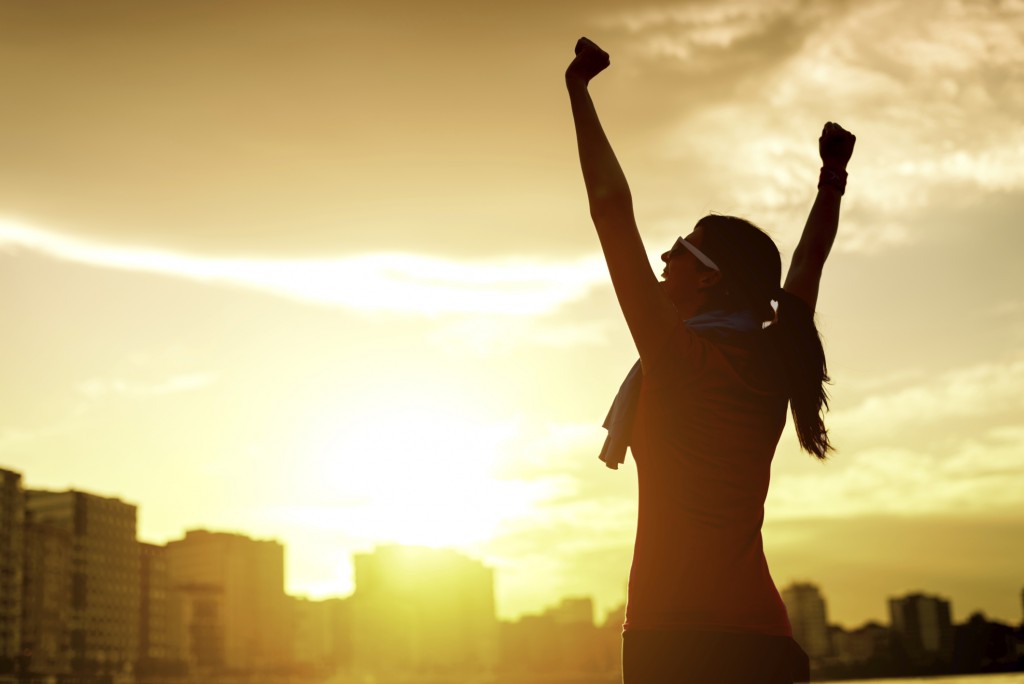 In the first part of this series we talked about how even successful people often succumb to temptation. Plus we went over three experiments that showed “why” you can’t rely on willpower alone to stick to a new habit.  And we finished off with a simple exercise for building up your mental strength.

Today we’ll discuss how to cheat your way past those moments of temptation and then we’ll cover a simple four-step plan for overcoming those random triggers to follow a bad habit you’d like to quit.

Recap: Why Willpower is a Muscle

If you remember from last time, we talked about how “willpower is a muscle,” which is an idea that originated in Baumister and Teirney’s book, Willpower: Rediscovering the Greatest Human Strength. The authors found a number of reasons why willpower can behave like any muscle in your body:

Okay, you get the point.  Whenever you draw from your pool of “willpower resources,” you’re less capable of exerting mental strength on that next task or temptation. The more tired you get, the harder everything becomes.

Why All Willpower Temptations Are Not Created Equal

Willpower temptations aren’t the same for everybody. We all have strengths and weaknesses. There are things that you have trouble resisting and others that require zero mental effort to avoid.

How can you consistently exert willpower where you can successfully resist all types of temptation?

There are two ways to do this:

First you create habits where responding to the temptation doesn’t even cross your mind.

When you follow a new habit every single day it takes only minimal willpower to overcome temptation. And if this behavior becomes automatic, it takes no willpower at all.

There are a few reasons why this strategy works:

The next cheat is to discover your triggers and learn to avoid them.

We all have triggers. They can be sights, sounds, smells, time of the day and even specific people. These triggers can cause habits to fail and they can cause your willpower to strain and even break.

Triggers are often habits—they just happen to be bad ones. You may watch TV a certain time every day. If it reaches that time, and you are not lazing in front of the TV, then you may get anxious, like Dustin Hoffman from the movie Rain Man: “Wapner! Time for Wapner!”

Your habit may be a late night snack. It may even be getting angry at other vehicles when you’re driving.

Habits are powerful. When you build them, they can have an amazing impact on your life, but when they are bad—well, they can take serious effort to overcome. On the bright side, it takes just as much effort to replace a bad habit with a good one as it does to just get rid of a bad habit.

That’s why it’s important to take a methodical approach to improving your willpower and overcoming those bad habit triggers.

4 Steps to Overcoming Your Willpower Triggers

Triggers lead to a strong desire to do bad habits. The more ingrained a habit is, the harder it is to overcome. At best, a habit trigger can deplete your willpower. At worst, it can cause willpower failure where the “what the heck effect” kicks in, which causes you to cave into a temptation and binge on the very habit you’re trying to eliminate.

So what’s the best way to handle those negative triggers?

Here is a four step process for dealing with those willpower temptations:

Simple enough. What habit are you trying to avoid or eliminate? For instance, let’s say you are tempted to indulge in processed carbs.

At this stage you don’t have to do anything about the bad habit. Instead it’s your job to collect data and identify the triggers to follow a bad habit.  Record when you break down and fail. In fact, record those moments when you are tempted and managed to overcome this impulse.

Once you have the data collected, look for detectible patterns.

Every morning you stop at Starbucks and get a coffee on the way to work.  You are always tempted by a Danish, but usually resist. On two days of the month, you fail.

At 2 PM you often get hunger pangs and are tempted to get a snack from the candy machine. Often you succeed in avoiding this temptation, but two times in the last week you failed.

On the drive home, you’re hungry and want immediate satisfaction.  Sometimes this leads you to pull into McDonald’s and eat a greasy cheeseburger, even though you know you shouldn’t.

These are just three examples of food triggers.  The key here is to write them all down.

Once you have some data collected, create “if-then plans” for those times when you’re often tempted, which is nothing more than a list of actions of how you’ll respond to specific triggers.

For example, having two Danishes a month isn’t too bad. But every single morning you are using your willpower to avoid this snack. That is a steady drain on your willpower reserves, and even when successful, it may cause later, unrelated failures. Since you know that Starbucks is a trigger, you can work to avoid this. There are two ways I would go about it.

First eat a breakfast before heading out the door. You may crave a Danish simply because you have an empty stomach. In this case making a habit out of eating a healthy and sensible breakfast could be in order.

Second, maybe that Danish is just too tempting—even when you’ve had a full breakfast. If that’s the case, then you should completely avoid the temptation. Buy a quality coffee maker, get the “Starbucks Blend” from Amazon and make your own every morning.

Sometimes your if-then plan might involve creating a simple habit (like eating a filling breakfast every morning) and sometimes it may be just avoiding the person, location, sight, smell, or sound.

The less you “tax” your willpower, the easier it’ll be to train yourself to develop good habits. That’s because your willpower will have more energy to handle the tasks that you ask it to complete on a daily basis.

This is the cool thing is the more you work on your willpower, the stronger it gets. The results are not additive, they are multiplicative.

Hopefully this article has given you some good ideas on how to find, avoid and conquer some of the willpower crushing triggers that often stress, strain and break even the most disciplined people in the world.