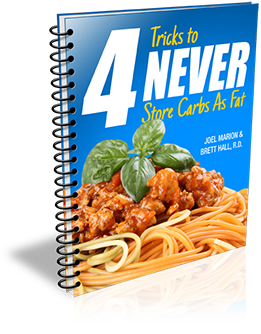 This picture is hilarious…

…we’ll get to it in a second, but first I have to teach you about the #1 dinner mistake you are making (then I’ll give you a bonus workout tip to finish off…)

The other night my good friend Joel Marion came into town, and last night we went to a John Mayer concert here in Toronto. I’m not a huge fan, but Joel is, and we sat front row, dead center (pics coming tomorrow).

Joel even made a large donation to Mayer’s favorite charity so that we could attend a private backstage meet-and-greet before the show. That’s where John was taking time to meet with a couple of disadvantaged boys and girls that were his biggest fans.
I found Mr. Mayer to be humble, kind, giving, and really great with the kids who idolized him. And WOW, can he play guitar…It was a once-in-a-lifetime memory. (Thanks Joel for setting it up!).

But I’m getting way off track…you just want some fat burning nutrition and training advice, right, not a look at my daily diary. So here we go…this is actually a list of 3 big mistakes you are making at dinner.

#1 – Consuming too much MSG

According to a study done at the University of North Carolina, “People who use monosodium glutamate, or MSG, as a flavor enhancer in their food are more likely than people who don’t use it to be overweight or obese even though they have the same amount of physical activity and total calorie intake.”
YIKES!

You need to watch out for this junk in so-called “frozen diet meals“. Don’t be lazy. Don’t buy pre-packaged junk. Instead, DELETE and DEPLETE those food crutches from your life and switch to a fast fat burning diet of REAL healthy food.
You know why this is doubly important?

#2 – You are eating TOO MUCH added sugar

Here’s a scary stat: About 40% of the calories in the average American diet comes from sugary drinks.
DOUBLE YIKES.

Toss that stuff to the curb, even if you have to switch to diet soda…that’s a temporary fix (you should eventually quit that stuff, too).
And make sure, again, to check that the foods you are eating do not contain added sugar. I really like nutrition author Michael Pollan’s advice of avoiding all packaged foods that have more than 5 ingredients on their label. (Although it’s even better to stick to 1-ingredient foods as much as possible.)

Now, that said, there is nothing wrong with eating carbohydrates. In fact, you need to read this.

So make those simple switches, and BOOM – you’ll have faster fat loss.

That brings me to my final nutrition tip and hilarious Joel Marion photo of the day. This is Joel and a plate of fresh seafood at the famous “Joso’s” restaurant here in Toronto (if you’re a big urban music fan, you’ll recognize the name from Drake’s song, ’5am in Toronto’).

When you go to a restaurant, do your research BEFORE. Download the menu from their website. Plan ahead.

That will help you avoid IMPULSE eating, which is the 3rd biggest mistake people make at dinner.

Plan your meals in advance. That is what separates the success stories from the strugglers.

Every meal, every calorie, is accounted for in advance. Nothing is left to chance.

The same goes with your workouts. People who get results in the gym have a written plan or a structured program designed by a professional telling them how many sets and reps to use for each exercise, how long to rest, and every single minute in the gym is planned for. Like this.

Listen, back when I left these things up to the client, they’d blow it every time by taking the easy way out.This meant either eating those pre-packaged foods or by doing the easiest exercises in the gym, like wasting time on the elliptical machines.

So avoid these diet and workout mistakes by planning ahead.

You can do it. You can change. It can happen NOW.

As I shared on Twitter today, “The longer you wait, the more difficult it will be.” That’s a fact of life.

So change. Now. Wait no longer.

As John Mayer would say/sing, “Your body is a wonderland.“

And as I would add, “Don’t put crap in it! Keep the wonderland sexy and fit for your significant other.” Then throw on a little John Mayer and let whatever happens, happen!

Helping you get the body wonderland you want,

PS – Final reminder to get your FREE fat loss blueprint…

Be back tomorrow with more great photos and WORKOUT tips.