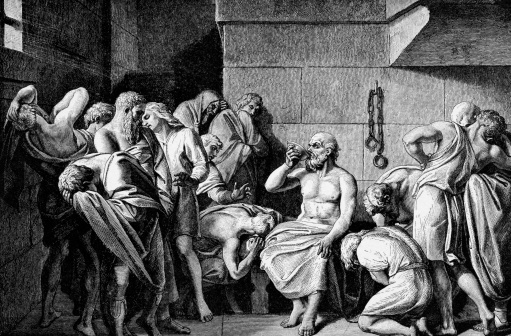 The history of war and combat is filled with stories of men (and women) snatching victory from the jaws of defeat. Impossible circumstances, unfavorable odds, somehow they still lead to almost miraculous triumphs. What I set out to do with my latest book was study the traits that make this possible and how they can be applied to life, across disciplines.

It turns out that there is one philosophy—battle tested at the front—that shows us the way: Stoicism. Best articulated by the Roman Emperor Marcus Aurelius (who spent 17 years of a 19-year reign at war) with the simple line:

“The impediment to action advances action. What stands in the way becomes the way.”

A parade of military legends followed his example—Frederick the Great, George Washington, Ulysses S. Grant, Theodore Roosevelt, Dwight D. Eisenhower, and James Stockdale. Not to mention the countless (and nameless) brave men and women who served with and after them. They all figured out how to turn obstacles upside down—how to turn what was in the path, into the path. What follows are three examples of how to follow this formula in our own lives, to turn any and every obstacle we face into opportunity.

During the Civil War, Union troops were unloading a steamboat near Union headquarters outside Richmond when it suddenly exploded. Everyone hit the dirt as debris and shells and even bodies rained down—everyone but Ulysses S. Grant who, as the leader of the Union forces, was seen running toward the scene of the explosion. Grant’s nerve is an example of someone who has steadied himself with grace and poise to persevere through the trial that was the Civil War.

We can learn from Grant. His choice—and make no mistake, it was a choice—to run toward the chaos was just one of many similar instances over the course of the greatest trial in American history in which he steadied himself with grace and poise in order to persevere. In our normal daily lives things are going to happen that catch us off guard—surprises are almost guaranteed. Regardless of how much actual danger we’re in, stress puts us at the mercy of our baser, fearful instincts for self-preservation. This prevents us from acting with what the English call a “cool head,” or even acting at all. Talent is not what is needed here. It is grace and poise, for they are the two attributes that give us the opportunity to reliably deploy any other skill in our arsenal. Like Grant, we can refuse to be intimidated, and use our steady calm to act boldly and overcome the obstacles that inevitably come our way. There is almost no situation in which a strong nerve does not help.

Work For Something Larger Than Yourself

When United States Navy fighter pilot James Stockdale was captured by the North Vietnamese in 1965, he knew (even as his parachute was deploying) that he would be the highest-ranking Navy POW they had ever taken prisoner. He knew he couldn’t do anything about his fate, but as a commanding officer he knew he could provide leadership and support and direction for his fellow prisoners (who included future senator John McCain). Stockdale made this his cause, and he acted with it at the forefront of his mind for the next seven years; two of which were spent wearing leg irons in solitary confinement.

There are times when we feel helpless, as if there is nothing we can do for ourselves because of the obstacles we face, like the world is against us. That may be true, but when we choose to focus on others—by providing assistance or being a good example—our own personal fears and troubles inevitably diminish. Stockdale gave his fellow POWs a mantra: Unity over Self. Put that in the forefront of your mind.

When it comes to obstacles we face in life and the reactions they provoke—boredom, hatred, frustration, or confusion—we have the power to submit to a greater, larger cause in our most difficult times. To wrest an opportunity from the difficult circumstances we find ourselves in. Like Stockdale, by thinking how we can make it better for other people—wherever we happen to be working, whatever we happen to be doing—we can create a mission for ourselves and get unstuck.

Find The Opportunity Within The Obstacle

The German Blitzkrieg was one of the most intimidating forces in modern warfare. During World War II, opposing commanders simply surrendered rather than face what felt like a terrifying monster bearing down on them. But General Dwight D. Eisenhower took a different tack after the invasion of Normandy. At Allied headquarters in Malta, Eisenhower told his deflated generals: “The present situation is to be regarded as opportunity for us and not disaster.”

Instead of flinching, Eisenhower searched and found the opportunity inside the obstacle rather than allow himself to become overwhelmed by the obstacle that had threatened the Allied forces for years. What Eisenhower discovered was that the Blitzkrieg strategy left their flanks exposed. This allowed the Allied forces to attack from the sides and encircle the enemy from the rear.

This is a textbook example of the role our own perceptions play in the success or failure of those that oppose us. Whether it’s a boss we dislike or a friend that has wronged us, we have the ability to push aside our preconceptions and look for the opportunity in the trials that come our way. When someone is causing problems for you—they are likely also offering you up opportunities. It’s all a matter of how you’re looking at the situation. Eisenhower recognized that the Allied lines were getting demolished by the Blitzkrieg. Well, what if we let them through? A-ha! And thus opportunity was born. It’s an important skill we can all develop, to mentally flip our obstacles on their head and find the opportunity within them. Where is your A-ha! moment?

Late in his reign, sick and possibly near death, Marcus Aurelius received some surprising news. His friend and most trusted general, Avidius Cassius, had rebelled against him. Instead of getting angry or taking it personally, he turned his friend’s betrayal into an opportunity to promote peace and practice forgiveness. He wouldn’t kill Cassius for his treachery, but would instead capture him and forgive him, “to continue to be faithful to the one who has broken faith.” He would use it as an opportunity to teach the Roman people and the emperors who came after him. The obstacle became the way.

As you can see, there is a pattern in these examples. A terrifying obstacle stood in the way of each of these great men, but they didn’t flinch or get intimidated. As soldiers, they had no choice. They leaned into the problem and gave it everything they had. It is an art we can bring to our own lives, in business, and in relationships, turning our obstacles into the way.

Ryan’s latest book, The Obstacle Is The Way: The Timeless Art of Turning Trials into Triumph was released by Penguin on May 1st. He is also the bestselling author of Trust Me, I’m Lying and Growth Hacker Marketing. Ryan is currently an editor at large for the New York Observerand contributes to Thought Catalog from his home in Austin, Texas.

[Ed Note: Ryan Holiday is a media strategist and prominent writer on strategy and business. After dropping out of college at nineteen to apprentice under Robert Greene, author of The 48 Laws of Power, he went on to advise many bestselling authors and multiplatinum musicians. He is the director of marketing at American Apparel, where his campaigns have been used as case studies by Twitter, YouTube, and Google and written about in AdAge,the New York Times, and Fast Company.]