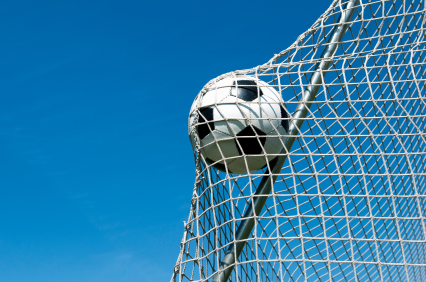 When I just 16 years old I learned a valuable business – and life – lesson. It happened on a soccer field, and it involved two of my best friends (still to this very day), along with eight other guys that have also been lifelong mates.

It was on a sunny September afternoon in my hometown of Stratford, Ontario, that we became the Southwest Ontario Regional Under-16 champions. It was a long journey to the top, one that spanned seven seasons and many, many losses. But it was one loss in particular that actually turned the tide and changed our mindset from losers to champions. More about that in a moment.

When we first started out, as a rag-tag group of misfits in the Under-10 division, we lost every game that season. We were the perennial Bad News Bears, traveling to larger cities on an old school bus and getting thumped 4-0, 6-0, even 9-0.

But each year we got a little better and our opponents scored on us a little less (especially when they stopped putting me in net). While we still lost, we actually started scoring a few goals of our own. Suddenly we began beating the mediocre teams in the league.

Each spring the same core group of boys from last fall would come together, one year older and closer to being the young men we would be on that Under-16 team. Our pre-season indoor training brought optimism and as each one of us improved, so did the others.

Finally, one year we made it to the second round of the playoffs. We were up against the city of Guelph, a perennial powerhouse and a team that we had never beaten. In fact, we considered it a moral victory when we held them to under three goals. That night, in that playoff game, the young boys that we once were played like the young men we had become.

We traded goals with them in the first half, played on a soggy pitch just outside the world famous Stratford Festival Theater. It was an odd place to have a soccer field, with the theater on one side and a river on the other. Every game was certain to be interrupted by an old couple taking a shortcut across the playing field or a ball getting lost in the river, and adopted by one of the local swans as one of their own.

In the second half, Guelph scored early, but we battled back to a 2-2 tie. Only minutes remained, and overtime – and penalty kicks – loomed. Alas, on nearly the final kick of the game, Guelph scored. They were relieved. In fact, looking at the two teams as the final whistle blew; you might even think that we were the victors.

We might have lost the game, but we won the battle. We had played up a level.

You see this in sports all the time. Perhaps your children have played an exhibition game against a team a year older than them and nearly won – or perhaps even achieved an upset. It happens in the pros and the Olympics too. Small countries, just 1/100th of the size of America, such as Lithuania, come within just a few points of beating the “Dream Team” headed by multi-million dollar superstars.

Why does this happen? And how can we take these lessons and put them to use in our lives?

The answer is to play up a level. You only do that by getting out of your comfort zone. In that game where your child played the older team, there were two perspectives out on the field or court that day.

First, there was the team that was taking the competition lightly – the older kids. “This will be so easy,” they thought, “I’m not even going to try.” But do you see what happens when this mindset is adopted? It’s a loser’s attitude and a no-win situation when you play down a level, because even if you do win, there’s nothing to be gained. There are no learning experiences when you don’t give yourself competition or surround yourself with people that push you to perform.

On the other hand, your youngsters on the underdog team enjoy a mix of sheer terror (look how big these guys are!) and excitement (just imagine if we can score on them first!). Each positive result from a great pass to an excellent block boosts their confidence. Each second that went by with the score tied at zero, or even in their favor was another notch on their belt.

Each tick on the clock changed their perception from “Can we do this?” to “We can do this” and finally to “We CAN do this!”

Your children grew up that day. Not physically, that takes years, but mentally. Giant leaps forward occur because their coach and mentors knew that only by taking the players out of their comfort zone could they see their true potential.

(When you’re done reading this essay, please send a big “Thank you” email to your child’s coach for doing this, if you haven’t already.)

Now back to your life. How can we incorporate this lesson into your career or into building your business?

The answer is simple. You must put yourself in situations where you have to play up a level. You must surround yourself with positive people that push you to your peak performance. You must volunteer when the boss offers up a terrifyingly difficult opportunity. You must raise your hand when the committee asks for volunteers to lead a group through a monumental task. You must book your plane ticket, register for the conference, and put yourself out there at the seminar and in the post-event networking opportunities.

Surround yourself with the best. Build a better network of people that you spend the most time with. Increase your average. Find opportunities that challenge you, terrify you, and bring out the best in you.

That night, after our season ending loss to Guelph, eleven young men left the field as different people. The boys that walked on ninety minutes earlier were nowhere to be found. That feeling never left us over the winter and when it came time for indoor practice, there was a sense of purpose and potential like never before.

As the next season began, each week our confidence grew. We beat Kitchener, a team of untouchables that averaged seven goals against us for many years. We split a home-and-home series with Cambridge, the team we would eventually meet in the finals. And yes, we even beat Guelph.

Those teams had taught us too many lessons over the years. The students had become the masters. And then, on one sunny Saturday afternoon, just a few miles from where I write to you today, we left the field as champions. That was a feeling that you could never take away from us, and a lesson that will never be forgotten.

Find your opportunity to play at a higher level. Get out of your comfort zone, and seek to be pushed to that potential you are capable of achieving. It’s the only way to know what truly resides inside of you.

When have you played up a level in life?

Posted in Careers, Entrepreneur, Motivation, Self-Improvement, Wealth
This error message is only visible to WordPress admins