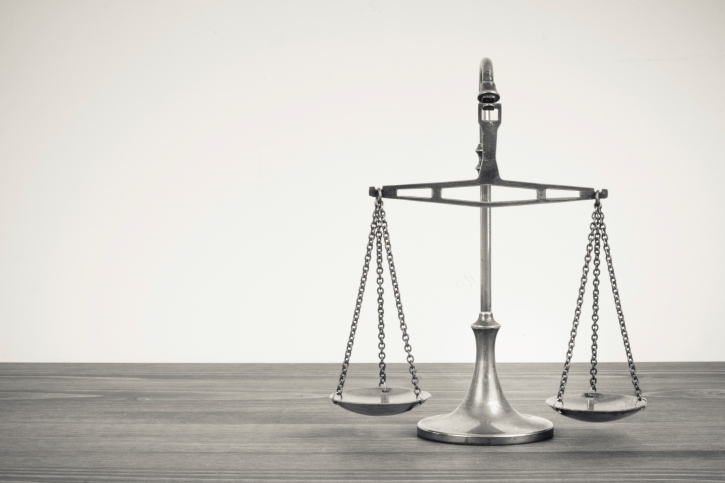 Your cerebral computer, commonly referred to as the brain, contains a biological chip I like to think of as your Weight and Balance Happiness Scale. This remarkable scale automatically weighs every known alternative available to you at any given time and chooses the one it believes will result in the greatest amount of happiness for you.

The only problem with your Weight and Balance Happiness Scale is that it sometimes malfunctions, meaning that it doesn’t always process the facts correctly. And when that happens, the decisions you make are usually not in your long-term best interest.

In other words, as with any computer, it’s only as good as the operator who feeds it information. If you feed your Weight and Balance Happiness Scale irrational thoughts, it will make irrational decisions. That’s why there is no escaping the reality that it’s up to you to keep your scale functioning properly.

But there’s another factor that comes into play with your Weight and Balance Happiness Scale. Even if we all exercised good reasoning powers before taking action, each of us would seek happiness in our own way. Some pursue happiness by becoming martyrs, others by being well read and knowledgeable on a variety of subjects, and still others by accumulating great wealth.

The differences in our pursuits are due to our varying ideas about what happiness is, i.e., what leads to our experiencing the greatest amount of pleasure and least amount of pain. Of and by itself, this divergence of views is not a bad thing. It’s only when others try to tell you what should make you happy that problems begin to surface. And when that occurs, you do yourself a great disservice if you believe that the opinions of others should be binding upon you.

How can you be certain that your Weight and Balance Happiness Scale is functioning properly? The pleasure/pain compartments of your brain will always give you an easy to read printout: You will either feel happy or unhappy. The happier you are, the more your scale is in balance; the unhappier you are, the more your scale is telling you that something about your thoughts and actions are out of sync. Yes, it really is that simple.

Unfortunately, many people make the choice to accept a bad situation and go on living with the frustration, conflict, and pain that make life more of a burden than a celebration. The reason people make such a choice is because inaction is much easier than taking action.

In effect, the choice they make through their inaction is to avoid the relatively mild, short-term pain that comes with self-discipline in exchange for a lifetime of dull, chronic pain and regret. That’s too bad, because the wisest long-term choice you can make is to take positive, rational action every day of your life.

Understand that this may mean making radical changes in your lifestyle, occupation, or place of residence, and such changes should be made only after careful reasoning convinces you they are warranted. Upon rational reflection, people often realize that much of what it takes to make them happy is right under their nose. Or, as an unknown author once put it, the bird in the hand looks awfully good after it’s already left your hand.

In thinking about the question of happiness, it’s also important to address the subject of winning. Is winning necessary to happiness? When people say, “He’s a winner,” what they usually mean is that a person is very competitive. It conjures up images of a tense individual who tends to go all out whether he’s negotiating a business deal or playing a weekend game of golf.

However, when I think of winning, I don’t necessarily equate it to coming out on top in everything you do. For example, your objectives when playing tennis on a Saturday afternoon might be to relax and enjoy the company of another person. If at the end of your match you’re relaxed and feel as though you’ve had a good time, then you’ve “won.”

Unless it’s competitive tennis, whether or not you end up with the winning score should not be the critical issue. Winning merely for the sake of winning elevates it to an end in itself and thereby relegates the main objective — happiness — to a position of lesser importance.

This is all too often the predicament of the person who’s main focus is on making money. He gets so caught up in accumulating wealth that he forgets to take the time to enjoy it.

That’s why it’s wise to put a lot of thought into deciding what really makes you happy and to set your priorities accordingly. Don’t place an equal value on becoming a great poker player, a renowned socialite, and a successful businessperson — unless your idea of happiness is exhaustion, stress, and high blood pressure.

Please do not misunderstand me here. A competitive attitude can be a good thing. But an obsessively competitive attitude can drain you of a great deal of energy that could be better used in focusing on your most important objectives. It can also cause enormous frustration, which in turn can adversely affect your attitude when it comes to facing the challenges that stand in the way of you and achieving those objectives.

There is also an invisible component to this, one that I have personally experienced. An obsessively competitive attitude can cause strained relationships with people who might otherwise be valuable allies.

Time is a fixed commodity that limits what you can accomplish during your lifetime. Focus on the important things in your life and let go of the others. Rather than helping you achieve happiness, the obsession to win at everything may only succeed in driving you mad.

Posted in Family, Lifestyle, Self-Improvement, Work
#repost from @motivationmafia With all the hard w