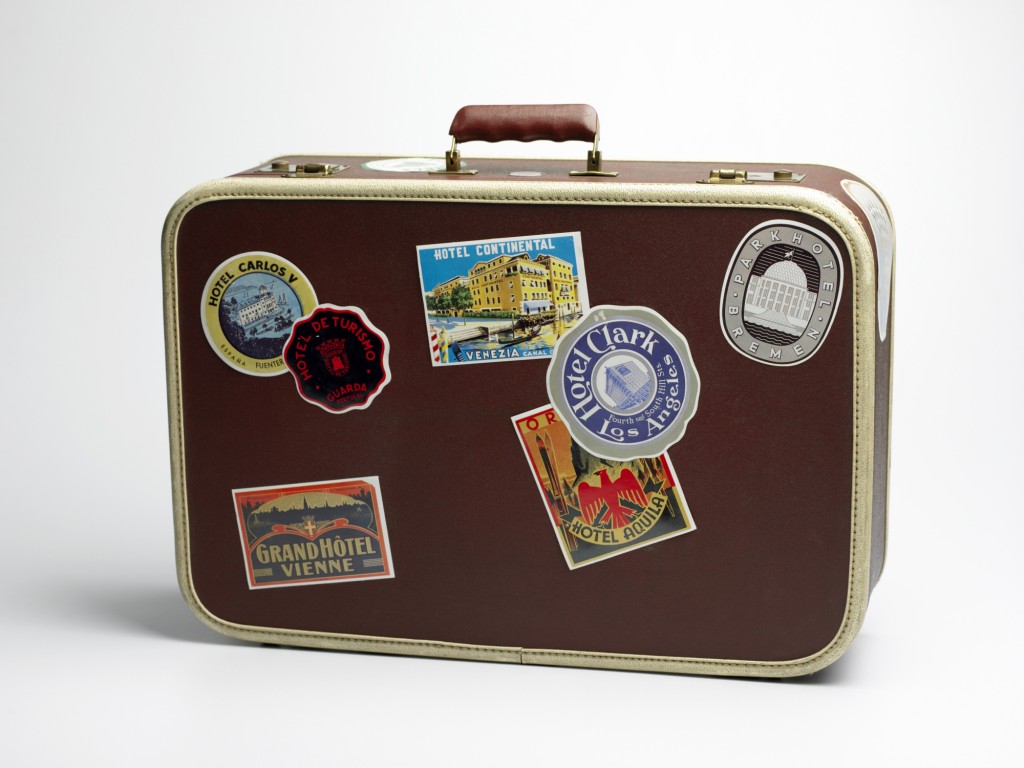 One of the more instructive experiences of my life occurred when was when I was a teenager, barely sixteen years old.

My dad, whom I had previously considered to be incredibly over-protective, put me on a cross-country bus and sent me, alone, to visit my grandmother, some two thousand miles away.

For two straight days I was on my own, surrounded by people I had never met, in places I’d never been, and thrown into situations that I could never have expected. The experience did something to me: I learned about a strange world and how to get along in it, alone, with no one to run to.

The benefits I felt from this trip didn’t have to do with traveling. This wasn’t about getting from point A to point B – this was about wandering through the unknown. And that was an idea that rather bothered me.

During my youth, there was a common idea that moving around was a bad thing. You were supposed to stay in your place unless you had a good reason to do otherwise. People who moved around were considered suspicious and even dangerous. The benefit that I felt from wandering clashed with what I had been taught.

When I returned home from this journey, I returned to the regular American distractions of sports, school, and all the other shiny objects that grab at young people’s minds. But I never forgot the strange feeling that stuck with me from that journey.

Sometime later, I came across a passage in Shakespeare’s Two Gentlemen of Verona:

I rather would entreat you to see the wonders of the world abroad, than, living dully, sluggardized at home, wear out your youth in shapeless idleness.

That wasn’t precisely what I had felt on my adventure, but it was close. It would be some years before I would travel seriously, but I decided right then and there that I would make it my life’s goal to see the world.

That experience, which I’ve come to call The Strangest Secret, is not unlike Earl Nightingale’s message of the same name. Both concepts lead to a rich and fulfilling life.

At some point after I finished school, my intellectual curiosity bloomed and I began reading in earnest. And as I did, I found out that other people had discovered value in wandering, much like I had. Soon enough I discovered that I had only seen half of the picture – the actual virtue I had felt was about much more than wandering.

Eventually, as my mind matured through study and experience, I began to understand what this strange virtue really was. And then, to my deep surprise, I began to find this odd virtue – commonly considered to be an undesirable trait in my youth – was present in the lives of the greatest men and women of all time.

The first people I found it in were the great spiritual leaders: Abraham, Moses, Buddha, Jesus, the Apostles and Confucius. I found it fascinating that all of them partook of the same ritual.

Later I found more religious leaders that had done the same thing: Martin Luther, Jan Hus, Thomas Aquinas, and others.

Over time I learned that the world’s great philosophers and poets had also been initiated into this strange rite; people like Diogenes, Pythagoras, Sappho, Cicero, and the great John Locke.

The great men that shaped Western Civilization also shared in it: Peter Abelard (the founder of modern learning), John of Salisbury (who defined the rule of law), Stephan Langton (the author of Magna Carta), Christopher Columbus, Benjamin Franklin, Thomas Paine, and others.
If you keep looking, you even find that many of the world’s greatest authors, musicians and inventors make the same list: Victor Hugo, Daniel Defoe, Frederic Chopin, Leo Tolstoy, John Dos Passos, George Orwell, Albert Einstein and Nikola Tesla.

Exactly what is this transforming, empowering and strange secret? It is this: The virtue of running away.

“Running Away” as a Path to an Exceptional Life

If you were raised at all like I was, the idea that running away is a virtue will trouble you. I’m sorry about that, but when you find one thing that the greatest men and women of history have in common, you might want to examine it, regardless of how it makes you feel.

None of us lives entirely by ourselves (nor should we), but living with others inevitably leads to a web of expectations imposed upon us, a web that quickly engulfs every aspect of our lives. These people aren’t necessarily doing anything wrong; this is simply what happens among groups of people: they learn to expect things of you, and you learn to expect things of them.

But this web of expectations also locks us in place, and because of it, we too-easily come to see ourselves as playing a certain type of role in life. And this is what the great men and women broke out of. Do you remember how many times Jesus criticized people for being “hypocrites”? What he really called these people was actors – as in playing a role on a stage.

Separation frees us from the roles we’ve grown accustomed to. By running away, you strip off the accumulations of your lifetime and find yourself underneath.

Break Away from the “Web of Expectations”

I’m not telling you to abandon your family, of course; obligations to spouses and children are not things to be tossed aside. But I am telling you that at some point in your personal development, breaking away from your web of expectations is critical. If Moses and Buddha and Abelard and Sappho and Franklin couldn’t release their talents without it, you probably won’t either.

Beside, once you get over the terror of it, you’ll be forever glad that you did. You will reclaim the real you from the expectations – even demands – of the people who have surrounded you. And in time, even those people will probably be glad you ran away. They’ll more than likely freak out at first, but if you come back a better person, they may get to like him or her better than the old, fits-our-expectations you.

I have a friend I’ll call Pete, who desperately wanted to expand his life, but just wasn’t getting any traction. After multiple frustrations, he decided to move himself and his young family – for an indefinite time – from the American Midwest to a small town in the southern US… somewhere entirely different and a thousand miles distant. He contacted an acquaintance at the destination, and asked for some help finding arrangements. He and his wife took a brief scouting trip, and they just moved, without even a clear job offer.

Years later, my friend recounted that it was a frightening adventure, but that without it he never would have clarified his understanding of himself – too much of what he had been doing and thinking was intertwined with the desires and opinions of others. He needed to be someplace where, in the words of an old bluesman, he was “nuthin’ to nobody.” And within a few years the man’s life had indeed changed, and very much to the better.

Somehow, sometime, you need to face the world as “nuthin’ to nobody,” and re-assess who you are.

Maybe the idea of running away still troubles you. If so, that will be your issue to work through – I can’t do it for you and I wouldn’t try. All I am telling you is that there is something very important here, something of pivotal importance to the best men and women of history. What you do with it is your choice.

What places do you want to see in your lifetime?

[Ed. Note: Paul Rosenberg is the “outside the Matrix” author of FreemansPerspective.com, a site dedicated to economic freedom, personal independence and Internet privacy. Join our free e-letter list to receive other life-enriching ideas like the Strangest Secret… and immediately get a free report full of life lessons for free thinkers.]
Posted in Lifestyle, Motivation, Self-Improvement, Skill Development, Travel
This error message is only visible to WordPress admins