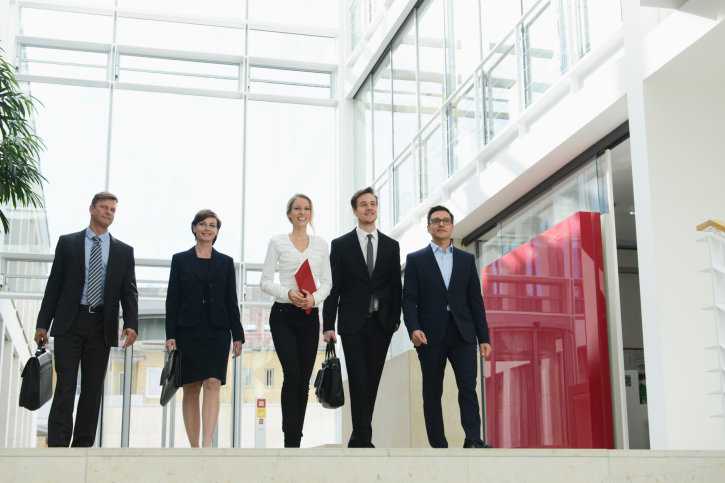 My wife Claudia asked me, “What took you the longest in your life to understand?”

I don’t know if I understand anything in my life. I don’t say this with self-modesty. Every day I learn something where I say to myself, “why didn’t I learn that before?”

But I know the answer to Claudia’s question:

It took me the longest to understand that our ability to survive, to be calm, to even be happy, to possibly be successful, stems entirely from the quality of the people you surround yourself with.

Surround yourself with creative, smart, good, honest people and good things will happen. You are your scene.

Jack Kerouac, Allen Ginsberg, and William Burroughs went to Columbia together (not sure if Burroughs did but he hung out there).

Ginsberg got into publishing and helped Kerouac get On the Road published which became the bible for 22 year old kids everywhere.

When Burroughs was sick from drugs in Morocco and Ginsberg was visiting him he found random scraps of writing all over the floor of Burroughs place. He pieced them together (barely), edited them (barely), and got it published as the now-classic (ugh, I hate it) Naked Lunch.

Together, the three of them consistently helped their friends get books published, art sold, poetry read, and on and on.

And even though their styles were totally different they created one movement that every writer at the time wanted to be a part of, The Beat Movement.

Around the same time, the painter Jasper Johns lived with the artist Robert Rauschenberg and they hung out with the dancer Merce Cunningham and the composer John Cage.

Eventually they all met Leo Castelli who sold their works for millions. When they all first met, all of them were complete unknowns.

In Silicon Valley: Facebook, Palantir, Youtube, Tesla, LinkedIn, Yelp, Yammer, and more were all either largely funded or started by ex-employees of PayPal.

As I pointed out in another post: HBO, Showtime, Viacom, Starz, FX, Universal, and shows like Mad Men, House of Cards, etc were all started by a core group of people who worked together at the same time at HBO.

If you watch interviews with comedians like Louis CK, Jerry Seinfeld, Larry David, Chris Rock, they all worked together in no-name clubs for years, each opening for the other over and over again, until they broke out one by one and pulled their talented friends along with them.

Back in 2008-2009, I had spent eight years building my “scene” in the financial space and I was realizing that it was just not working for me. I had failed to build a scene. I felt really lonely and scared.

Either none of these people really liked me, or they thought of me as a failure or I didn’t like them or I don’t know what. It wasn’t working out.

I kept hearing about people talking behind my back. Whatever. It doesn’t matter. It was the wrong scene for me. Blech.

Instead of making me feel creative and innovative I just kept feeling worse and worse. When people with positive energy are around each other, more energy is created.

More art is created. More innovation with more integrity with more opportunities. You literally can eat less if you are around people who are giving you energy and bringing you to a higher level.

So I started to blog. I figured I had nothing to lose. And nothing really to gain. I didn’t know what scene I was in. I just wanted to return to what I loved 20 years earlier: writing.

I moved 70 miles north of the city just to escape my old “scene” and now I had nothing and was getting ready to go broke again after starting and selling many businesses and then constantly failing.

And then bit by bit I met amazing people. Other people from around the country or world doing what I was doing.

People would send me a note. Or call me with some ideas. Or promote my work. Or make an introduction. And I would do the same. We’d all like each other’s stuff. We’d all take time out from our own work to help each other.

I’ve now flown all over the country meeting these people, learning from them, really creating new opportunities for myself and for them. Everyone helping everyone where we can, if we can, in the only ways we can.

I felt bad I had no Scene in 2009. But that doesn’t matter. When you do something you love, or even just something you’re good at (you will learn to love what you are good at) or even something you do with authenticity and integrity (because then you become the trusted source of a scene) then people will gravitate towards you.

How do you monetize a Scene? It will happen. Every single person I’ve met who I consider part of my Scene now has offered me opportunities to make money.

Some I’ve taken, some I haven’t but we worked together in other ways (there are many, many ways people can support and help each other).

Artists and entrepreneurs never work by themselves. There’s always a context. There’s always others from around the world that you can trade ideas with and build ideas on each other.

And if you think you aren’t a creator, then I’m not going to believe you. We all have our secret passions in the desk drawer. We all can find our way to the people who inspire us. The people we admire and want to emulate and want to help.

And then it becomes fun. It’s two kids building a city out of wooden blocks, not caring about what happened before or what will happen later. Let’s just build the coolest stuff with our blocks. Let’s make it bigger and bigger. And more and more colorful. And if all the blocks fall we can laugh and start again.

A few months ago I went to Seattle and I HATE to travel. I was meeting with one of the people I consider in my Scene. I’ve known him now for almost four years.

We’ve since hung out in six different cities going to different conferences, meetings, etc. We’ve written books and each supported the other’s books with ideas and inspiration. Plus helped each other in businesses and helped other people in our “Scene”.

A few months ago he had made an introduction, then I had written down some ideas, then we got an invitation, and then we went to visit… Amazon. To do what?

Who knows? We went! Fun things happened. The dots might connect more in the future. Building a scene mixes up past, present, and future to create a life of reward.

How do you build a scene:

Never stop building each other up. Never stop making introductions (with permission from each side before you make an intro).

Never stop delivering value into the Scene. The more powerful the Scene, the more likely it is you will have fun doing what you do, make money at it, succeed at it, live off of it, love it, and make friends.