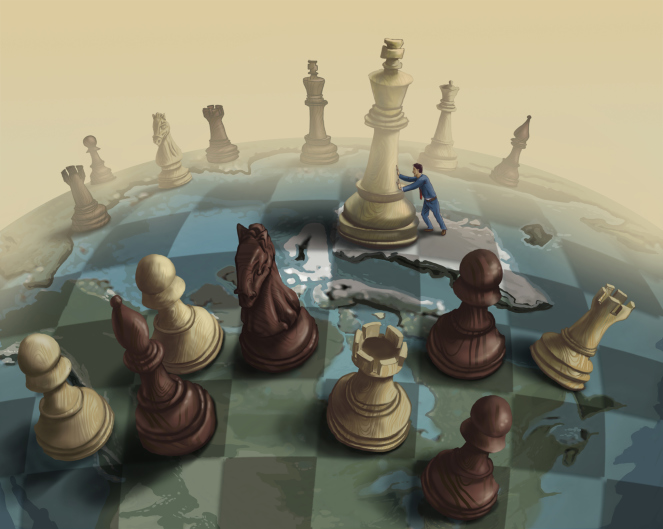 When I was a much younger man, I began my career at a prestigious New York law firm. It was exactly as you might picture it; a true old boys club, plenty of backslapping, scotch drinking, cigar smoking, and of course, all the real work piled onto the backs of young grunts like me.

But it was a once-in-a-lifetime experience. I worked on a number of high-profile cases that I’m certain you read about in the news. They were massive litigation suits involving billions of dollars and in some cases…the fate of companies. I’m happy to say, that despite a few battle scars, we emerged victorious more often than not.

I was lucky to have a wise and powerful mentor at the firm. He was one of the company’s top rainmakers, which meant he brought in a ton of business and billings for the partners.

At first, his wealth and power intimidated me.  He was the untouchable Gatsby and I was the peon Carraway. Fortune 500 companies turned to him when they were in serious trouble. He only handled high-stakes litigation and earned more money during his afternoon cigar break than I made all week. He was everything I wasn’t: tough, seasoned and worldly.

One day, he taught me a lesson that changed my thinking forever…

We were walking through JFK airport in New York City.  We just returned from a tense weekend trip where we had a swanky dinner with a major client. He was a whale and we rolled out the red carpet for him. We treated him to perfectly marbled steaks at a restaurant where the waiters wore tailored dinner jackets. We drank scotch that cost more per glass than my home stereo system.  As you probably know, you’re not really an attorney until you start meeting and helping a major client of the firm.  This was a big moment for me.

On our way back to the office I was feeling untouchable. The trip was my first big win. I was strutting through the airport, full of pride and vigor.

On our way out, we stopped at the baggage claim.  My mentor noticed my cockiness and put his hand on my shoulder and told me an old story that jolted me back to reality and has influenced my life ever since.

He said: “When generals returned to Rome after a successful conquest, the Senate hosted a parade to honor them.  During the ceremony, the general sat at a position of great honor atop a chariot of gold.  By Senate mandate, a slave from the conquered lands stood next to him.  So that while the mass of Romans shouted adoration and praise…the slave was assigned one task by the Senate.  He had to whisper five simple words to the general.  Over and over, the slave said:  ‘Remember, you could be me.’”

He paused for a moment and let the lesson sink in.

Then he said:  “I’m happy this trip was a success.  You should be proud of yourself, you did great.  But don’t ever forget that it could have turned out differently.  Remember the words of that conquered slave.”

That stopped me in my tracks.

With one simple nugget of wisdom from history, he showed me exactly what humility meant and prepared me for the tough times ahead.

In the years since, I’ve remembered that story when I failed.  When opportunities slipped away, this wisdom kept me from feeling despondent at my misfortune.

When I triumphed, I remembered the words of my mentor and didn’t become dangerously attached to my victories. His advice protected me from the corruption that so often comes with success.

Before we left the airport and went our separate ways, he stopped to share one more life-changing idea with me.

He said: “If you want to get ahead, forget about reading trendy business books.  Forget about reading books by the guru-of-the-month with their fake tans and whitened teeth.  Study history instead.  If you understand the past, you’ll be exposed to wisdom that most people don’t have.”

He paused for effect, and then continued: “You can play chess while your peers play checkers. That’s how I’ve won so many cases and attracted so many major clients.”

At that point, I knew I had a lot of work to do. Prior to that moment, I was guilty of being bedazzled by the popular business books of the day.  I thought the gurus would light my path to getting ahead in life and at work.  But it dawned on me that those books were written by people that had never accomplished anything significant in their lives. All they did was write books telling other people what they should do. Those books contained more platitudes than eternal wisdom.

That’s why you need to change your reading habits.

You have a limited amount of time and you should not waste it bouncing between books-of-the-month.  There are much more valuable lessons to be learned in a book of history than there are in most modern best sellers.

Charlie Munger, Warren Buffett’s business partner, said it best:  “There are answers worth billions of dollars in a thirty-dollar history book.”

When you look to the wisdom of the past, you see the truth behind human nature and success.  Technology and culture have changed vastly, but people are the same now as they were in the days of Caesar.

Today’s business books can keep their buzzwords and double speak. I prefer history books and the Classics that cut straight to the heart of the matter.  When you read an old book, you’re not reading a business card for a celebrity consultant or academic guru, you’re reading timeless, proven strategies that have worked for thousands of years.

Why does this matter?

Because your life will be judged a success or a failure by the quality of the ideas and execution you bring to the table.  If you fill your mind with silly trends or unproven ideas, you’ll remain a pretender and never have a personal or career breakthrough.

Studying history gives you a fresh perspective on today’s world.  It shows you secrets that most people have forgotten.

Use those new ideas to prosper in your career and your personal life.

I promise your time will not be wasted.

Leave a comment to let us know what books from history have changed your life. I’m always looking for nuggets of wisdom to share in my Wealth and Power newsletter.

Posted in Careers, Entrepreneur, Personal Finance, Wealth
This error message is only visible to WordPress admins