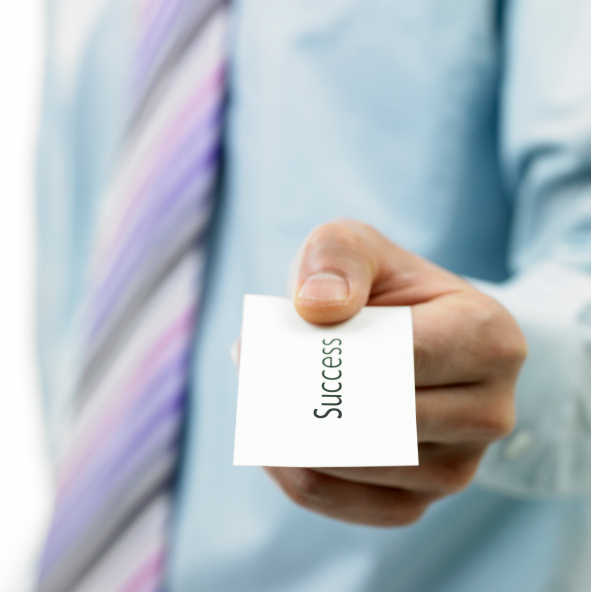 I have to admit, I’ve always been enamored by successful people.

It’s not really the billions of dollars or the big houses or fast cars that I’m interested in though. Those are nice, I guess, but just not my thing at the moment.

What interests me most about these legendary people is the story of their success. The story of how they did it, why they did it, and what it is in them that keeps them doing it.

Along the way, I’ve certainly come across a few instant success stories. Folks that were in the right place at the right time with the right thing in a BIG way. That happens. But it’s hardly something you can plan for.

More often, these success legends had something else in common. They discovered where the secrets live. And they used those secrets to achieve great things.

I wanted to be one of those people when I got started in business. Sadly, I didn’t yet know where the secrets lived, and I spent years looking for them in all of the wrong places.

I jumped around a LOT looking for those little suckers. A new shiny opportunity would come onto my radar and I’d lock onto it and run like mad. Time would go by, I’d discover something new and I’d go after that.

This continued for years. One trend chasing period after another.

Looking back, I realize that all of that “trending” I was doing was really just an excuse to keep myself from having to accept a very simple truth:

The good secrets live in the depths. They live well below the surface, safely ensconced in the darkness where only a few will ever find them.

I just didn’t know that at the time. And most likely, had someone TOLD me, I would have ignored them because it wasn’t what I wanted to hear. I was too hyped up on possibility to be patient enough to find the real secrets.

Jumping from trend to trend is a bit like a rock skipping across a calm pond.

You do that for too long and you’ll run out of time — never having the chance to discover the beautiful landscape and opportunities that exist below the surface of the water.

Below the water is where the secrets live. That’s where all of the treasure is hiding. They say that the “cream rises to the top,” but it seems more like the really good stuff sinks to the bottom.

Down there it’s quiet, with few distractions and very few people. This is where the legends go — this is where they discover what they need to succeed.

How to Harvest the Secrets

Harvesting secrets is hard work. I can’t say it’s difficult, because maybe it’s not in your business. But I know it’s hard, and here’s why:

Harvesting secrets requires an ability to focus on ONE thing for a very long time. In the internet world, it can seem like an eternity. But to get the secrets, you have to develop tunnel vision that allows you to ignore all of the distracting shiny objects and opportunities that are flying by.

You can spend your life chasing those objects (trends). There will always be a new one to chase. And the high you get from embarking on that journey is thrilling. But there’s no payoff, because there’s nothing of value there. There is only the roller coaster of hope and expectation of great things to come.

If you’ve ever ridden on that roller coaster, you know it’s a tiring ride. You never quite get the momentum or make the progress you want. You just keep riding.

Today you can make a choice to give that up and start pursuing the stuff that legends are made of. The good news is that all it takes is a decision to discover where the secrets YOU need to succeed live.

Committing to a Goal Worth Pursuing

The funny thing is, you can’t really sit there and commit the next 10 years of your life to doing something. Commitment is only something you can show in this very moment. Right now.

It is a constant decision you must make to ignore that which you might want now in favor of what you want most.

I’d like to say that I planned all of what I’m about to tell you, but the truth is, I didn’t. Through an odd combination of different experiences, mistakes and fate, I woke up one day and made a commitment to find out where my secrets live.

One day I woke up and decided to begin writing a daily email newsletter to a group of people like me: independent service providers (consultants, coaches, designers, etc.).

The next day, I did the same. And the next and the next.

Pretty soon, almost two years flew by. Over that time, I’ve written a lot of emails. No shiny objects, no fancy strategies. Just email — talking to one person at a time.

That might sound boring, but I’ve begun to discover where my secrets live. I’m beginning to understand what they are and how to harvest them. This took TWO years! In internet time, that’s like 6 decades.

Some days I don’t feel like renewing my commitment to do the work. But I do it anyway. Because I’m (finally) smart enough to realize that THAT’S the real secret. That’s how you begin to dive down into the depths where your secrets live. That’s how you, over time, become a little bit less enamored with the legends who’ve come before you and progress on the journey to becoming one yourself.

[Ed.Note: Jason Leister is a direct response copywriter, internet entrepreneur and editor of the daily e-letter, The Client Letter, where he empowers independent professionals who work with clients. He has six kids and lives and works by the lake in Minnesota]
Posted in Careers, Entrepreneur, Motivation, Wealth
This error message is only visible to WordPress admins