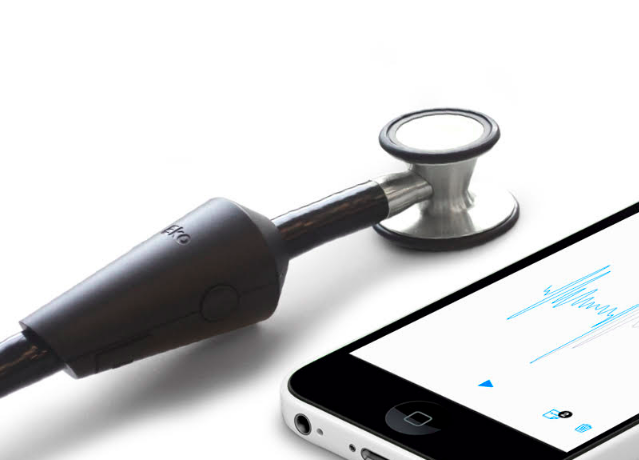 Do NOT waste your time on this today. You’ve heard the news: Google changed its logo. Big whoop. I like Next Draft Dave Pell’s summary best, “Google’s new logo… how they did it: Select all. Change font. Save.” Nailed it. Here’s why I don’t want you wasting time on this story today or thinking about redesigning your business’s logo: logos don’t matter [cue the angry graphic designers]. Don’t believe me? Take Etsy, a company worth $3 billion. “Etsy’s logo, a basic font in an orange box, is so simple that it does not even qualify for copyright protection, and so exists in the public domain,” says Alex Bigman. Here are two more successful businesses that prove logos are overrated.

“Cardiologists say it’s almost like a musical ear, it’s something that you have to learn over five or ten years of practice.” So you’re telling me, new doctors, probably can’t hear subtle heart murmurs through a stethoscope until they’ve put in their 10,000 hours? How has it taken this long to update a 200-year-old medical device? Today, Eko Devices, a Berkeley-based startup just became the youngest team to secure FDA clearance for a Class II medical device. Look for one of these new stethoscopes coming to a doctor’s office near you.

Netflix and chill? Spend one minute swiping through Tinder and you’ll see the dreaded “Netflix and chill?” line one too many times. This stay-at-home trend we’re seeing is not only bad for relationships but also bad for business. The classic dinner-and-a-movie date (not a great date, but still a classic) could be no more. “Every single bit of media in the world has been impacted by the Internet — books, television, music; everything, except for the window of theatrical movies,” says Netflix’s chief content officer Ted Sarandos. Now that Netflix is entering the movie biz, expect to see theatres take a hit.

+ Netflix and other streaming services have the advantage. They don’t need to rely on ticket sales to gauge a movie’s success, because they have paid subscribers. How can traditional theatres compete? I want to hear your ideas… Send me an email at nick@godfather.com. I read all your comments 🙂

Why McDonald’s all-day-breakfast is a bad idea. “It’s a basic principle of economics: scarcity creates demand. People want things more when they’re in limited supply. Think about how bonkers people get about the Pumpkin Spice Latte. The drink isn’t that great, y’all. But the fact that you can’t even decide if you want one between January and August drives people nuts,” says Loren Grush. Loren is on the money with this one. In college, I remember many early (11:50 a.m., hah!) mornings rushing out the door, barely dressed, trying to make it to McD’s for breakfast. Those days are no more, but the scarcity mindset was real. If you want to get your customers to take immediate action, you need to learn the rule of scarcity.

Entrepreneurial lessons from a true burning man. “What Paul Newman did for tomato sauce, what Francis Coppola did for Cabernet, Willie Nelson is hoping to do for weed,” says GQ’s Chris Heath on Willie Nelson’s next big move.

Unsung heroes of NASA. “Neil Armstrong and Buzz Aldrin’s names will forever symbolize one of humanity’s greatest achievements: putting a human on the moon. Yet, with over 400,000 NASA employees and 20,000 companies and universities working together on the Apollo missions, the people who managed the project may have been the most crucial to actually landing on the moon.” Zapier delves into project management 101. Must-read for any team leader.

Silicon Valley is in another bubble. “…we are in another bubble. But this time it’s not a financial bubble. It’s a psychological one,” says Dave Pell. “The psychological bubble makes you think that because you can code a photo app or design an algorithm to get me to the airport a little quicker, that also qualifies you as an expert on every other topic. The psychological bubble prevents you from seeing what role timing and serendipity play in your bombastic financial success. The psychological bubble makes you forget what I always like to remind people about the Internet business: Showing up at a gold rush with a shovel and a pan doesn’t make you a genius.” Dave’s commentary on this recent article published in Vanity Fair is spot on. If you want more news and interesting stories like this, I suggest following Dave’s Next Draft news brief as well.

Want to be featured in The Daily Brief? Are you a mover and shaker who has a story to tell? Let us help you get published and share your story with the world. Send an email to nick@godfather.com.

Boring cities could be hurting your health. (Aeon)